It is finished. But then again – not quite.

Finally, after 438 trial days spanning over five years, the 6th Senate of the Munich High District Court – the state security senate – has issued its long-awaited verdict in the NSU ("National Socialist Underground") trial.

Beate Zschäpe was found guilty of being complicit in 10 murders, 43 attempted murders, 2 severe bombing attacks and 15 bank and other robberies, and sentenced to life in prison. As expected, the court confirmed her “particularly grave guilt”. This means that Ms. Zschäpe can technically be released after serving 15 years – common practice for “life” sentences in the German legal system – but it is highly unlikely.

The prison sentences for the other two defendants held in investigative custody, Ralf Wohlleben and André Eminger, did not follow the suggestions of the federal prosecutor’s trial attorneys. Ralf Wohlleben received ten years – two less than called for by the prosecution. Eminger received only two years and six months, and was found partially not guilty.

That Holger Gerlach and Carsten Schultze, the two defendants who avoided investigative custody, received relatively short sentences – Schultze will even serve his sentence as a minor – was also to be expected. For Gerlach, this is because he was “only” convicted of supporting a terrorist organisation, while for Schultze it was because he was the only defendant to fully admit his guilt, cooperate with investigators and express regret for his actions.

An initial oral justification for the verdict is occurring right now. The Munich High District Court’s 6th Senate will take some time to formulate the verdict’s written justification. Parties involved in the joint action, however, expect a written version of what is currently being stated orally within one half-year.

But what does the conclusion of the NSU trial and the verdict mean concretely? How can it be interpreted?

It corresponds to the logic of the entire NSU case that the guidelines laid out by the federal prosecutor were followed and indeed had to be followed, as highly explosive unanswered questions would have otherwise remained open, potentially shedding light on hitherto unrevealed “state secrets”. Thus, preventing this must be seen as the highest prosecuting authority’s central goal in order to protect the raison d’état of the Federal Republic of Germany and prevent a crisis of state from occurring. This is the federal prosecutor’s true mission as part of the executive: subordinated to the Federal Ministry of Justice, it can be understood as a political instrument of the German government which, as overseer of all investigations, determined the direction and taboo areas in the NSU case from the very beginning. This obstructive containment of the NSU investigation remains one of the NSU trial’s festering wounds.

The federal prosecutor based its case on the assumption that the NSU terrorist organisation constituted an isolated – even from the militant neo-Nazi scene – “trio”.  The fact that the federal prosecutor stuck to this argument from the indictment in July of last year, even after 375 days of evidentiary hearings, outraged the joint plaintiffs, their lawyers as well as trial observers. For especially after hearing the evidence presented, we must firstly assume that the core trio of the NSU cell consisting of Beate Zschäpe, Uwe Mundlos and Uwe Böhnhart must have had a number of confidants, supporters, and very likely – and worse yet – even had accomplices. In their response to the federal prosecutor’s closing statements, the joint plaintiff lawyers Edith Lunnebach, Seda Seda Başay-Yıldız and Mehmet Daimagüler in particular laid out the glaring evidence of further supporters as well as the investigating authority’s blatant refusal to look into the matter further.

That this network was filled with informants from various German domestic intelligence services in more or less immediate proximity to the NSU was demonstrated in shocking fashion by joint plaintiff lawyer Sebastian Scharmer in his closing statement. His PowerPoint presentation identified more than 40 known undercover informants from the German neo-Nazi scene with ties to the NSU, most of them by name. Some of the files on the undercover informant operation were intentionally destroyed by staff from the Federal Office for the Protection of the Constitution and other German intelligence agencies in order to avoid uncomfortable questions concerning the involvement of state agencies in the NSU affair and conceal their involvement in the NSU’s terror.

Joint plaintiff lawyer Antonia von der Behrens’s brilliant speech described the development of the NSU and its “underground” network, counterposing it to the actions of the “security agencies” and what they knew about the accused fugitives at the time. She concluded that “the NSU’s network was large and nationwide, and we can neither claim that a trio acted in isolation nor that the Federal Office for the Protection of the Constitution had no knowledge of the origin and existence of the NSU”. Despite this knowledge, authorities failed to intervene and prevent the crimes which were prepared and committed before their very eyes. On the contrary: multiple joint plaintiffs pointed out that the local Nazi scene could not have flourished to such an extent and produced the “Thüringer Heimatschutz” and later the NSU without state assistance, such as from the Thuringia-based government informant Tino Brandt, who received 200,000 Deutschmarks and generous allowances and technical support in return for his spying services. But why did state agencies allow such monstrous structures to emerge in the first place? According to von der Behrens, the question of the motive behind the security agencies’ behavior remains unanswered. The actions depicted, however, clearly show “that nothing suggests mistakes, but rather targeted actions”.

A further gap in the now concluded mammoth trial was and remains the “institutional racism” of the investigating authorities, who by no means investigated – as was almost literally stated – “in all directions”. For years, the police and state prosecutors targeted the victims of the NSU’s racist terror, the families of the murdered and the victims of the horrific bombings in Cologne. This structural refusal on the part of the responsible authorities to investigate possible leads linked to right-wing terror was emphasized in statements delivered by joint plaintiff lawyers Carsten Ilius, Mehmet Miamagüler, and Stephan Kuhn. The stoic prosecution, humiliation and bullying of the NSU’s victims is a disgrace which has yet to be acknowledged. Chancellor Merkel’s promise of a “spotless investigation” and prosecution of the NSU’s “backers” at the central memorial celebration held in Berlin on 23 February 2012 was not kept.

Perhaps such expectations, which many had for the Munich trial, were a misunderstanding from the start. Nevertheless, judge Götzl repeatedly broke the trial’s reduction to the – demonstrably disproven – construct of a three-person cell at its beginning. Particularly in the case of Andreas Temme, a civil servant and employee of the Hessen State Office for the Protection of the Constitution who was present during the murder of 21-year-old internet café attendant Halit Yozgat (what a coincidence!), he drilled deep into the Hessian domestic intelligence services and summoned Temme’s colleagues as witnesses, up to and including the department director. Although these intensive interrogations ended without providing further information, they nevertheless showed what could have been possible in Munich. What would have prevented interrogating Lothar Lingen, department head for the Federal Office for the Protection of the Constitution, who willingly and knowingly had the first files with relevance to the NSU case collected and destroyed on 4 November 2011, only several days after the NSU was exposed? He was later unmasked in the second parliamentary NSU investigative committee – one of 14 parliamentary investigative committees, which were unfortunately highly uneven in terms of quality and largely absent from the public eye.

That the Munich trial enjoyed such a continuous degree of public and media interest spanning five years was due primarily to Zschäpe herself – interest in this “devil”, this “terrorist”, and the “women in the militant underground” ensured website traffic and sold newspapers. For those affected by the NSU’s crimes, it is one of the many impositions the investigation into the NSU’s terror holds for them. Despite all criticism of the conduct and results of the trial, it will nevertheless be highly symbolically meaningful that at least one of the accused will finally receive a commensurate sentence.

For those of us who believe in an open and pluralistic society of the many and in the retention of a humanistic orientation, however, the verdict and the conclusion of the trial can only be a stop along the way to a spotless investigation and resolution. We cannot allow for things to go back to business as usual and a line to be drawn under the monstrous NSU complex. After so much time and 70 million euro later, the substantive, burning questions regarding this complex remain unanswered and the Office for the Protection of the Constitution emerges from what is certainly the largest intelligence service scandal in German post-war history unscathed, while racist and right-wing violence against refugees and their supporters is exploding across the country. Things that were regarded as Nazi language at the beginning of and during the trial have reentered the popular vocabulary in record time. Having shed society’s erstwhile taboos, a new racist and nationalist party with growing extra-parliamentary branches extending into organized neo-fascism is allowed to spout race-baiting rhetoric in parliament every day.

The end of the trial can only be the beginning of a new struggle for humanity and diversity and a renaissance of anti-fascist activism. No matter what the trial concluded. 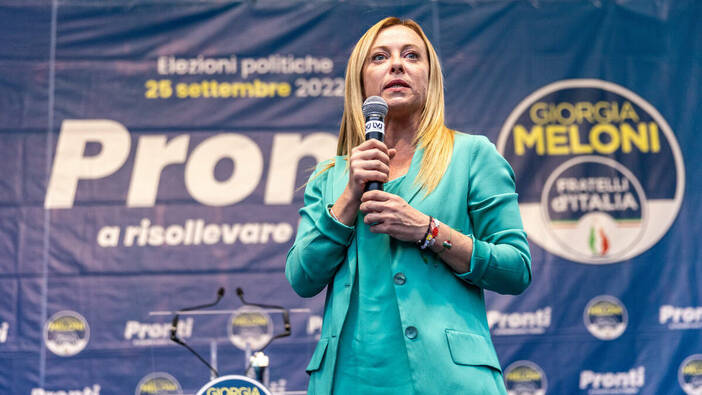 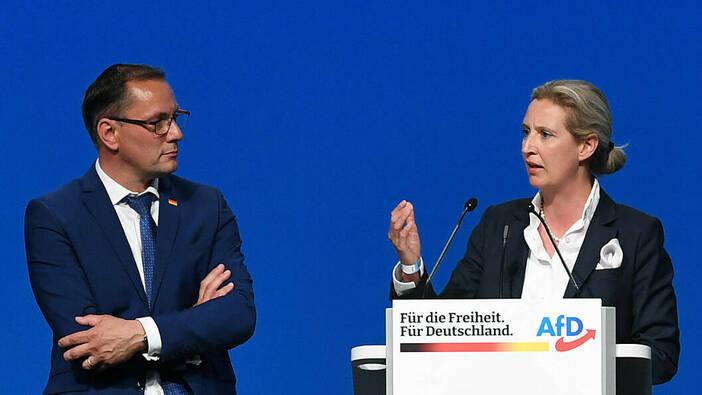 The Alternative für Deutschland looks chaotic and divided, but beneath the surface, its neo-fascist…