The year 2020 will be promising for Vietnam. Since 1 January 2020, the country has assumed a dual function, which could be of great importance for the entire region and offers the opportunity to set decisive accents. With the chairmanship of the ASEAN community of states and a seat on the UN Security Council, Vietnam has the opportunity to link regional and global issues and strengthen cooperation between the two institutions. The conflict in the South China Sea is particularly likely to play a decisive role in this regard.

Between Regional and Global Challenges

In accordance with the principle of rotation, Vietnam is assuming the chair of the Association of Southeast Asian Nations (ASEAN), which was founded in 1967 initially by five states and now comprises ten Southeast Asian nations. ASEAN’s fundamental aim is to improve cooperation between the states on political, economic, and social issues. With new regional and global challenges, however, its areas of focus have also changed, so that issues relating to conflict management and security policy play an increasingly important role.

Vietnam joined the international community in 1995, and this year also marks the twenty-fifth anniversary of its accession. At the same time, it was elected to the UN Security Council for 2020 with 192 of 193 votes. During each one-year term of office, Vietnam could now work, among other things, to improve cooperation between the two institutions.

In the centre of a region that has been described as particularly dynamic, changeable, and emerging, it is increasingly important to strengthen institutional structures and develop coherent positions. The complex task of addressing regional and global issues and strengthening cooperation falls to Vietnam this year.

The coordination and elaboration of common positions in ASEAN is particularly challenging due to various factors. The cultural, political, and economic diversity of the community of states and the resulting divergent national interests make decisions in a higher-level body such as ASEAN fundamentally difficult. Moreover, the increasing complexity of economic relations and interdependencies lead to a lack of consensus. However, since decision-making in ASEAN must be based on the principle of unanimity, agreeing on a common approach that would be important for strengthening the institution is extremely complicated.

Disagreement is particularly evident in the area of security policy issues, while the situation in the territorial conflict over the South China Sea continues to escalate. Next year will see the beginning of the critical phase of the three-year negotiations on a Code of Conduct (COC) to replace the 2011 Declaration of Conduct of Parties in the South China Sea (DOC) in 2021. The ASEAN nations are negotiating with China on several issues, including rules of conduct, responsibilities, and methods for further action in the conflict over the disputed waters.

Yet different approaches to conflicts, the lack of mechanisms for dispute resolution, and the COC’s unclear legal status lead to the assumption that, similar to the previous version, the DOC will have no more than a purely symbolic effect. The main reason for this is China’s assumed unwillingness to enter into a legally binding agreement. The ASEAN states certainly have a strong negotiating basis. In July 2016, the permanent arbitration tribunal in The Hague ruled in favour of the complaint brought forward by the Philippines against Chinese sovereign claims in the South China Sea. However, the lack of unity within ASEAN combined with the consensus rule makes it almost impossible to provide a counterweight to China in the negotiations. As a result, discussions are increasingly developing around the extent to which the consensus rules are still timely and capable of providing an adequate response to the existing security situation.

A flexible consensus, the so-called “ASEAN minus X”-formula (A – X), is often brought into play as an alternative. So far it has mostly been used in relation to economic agreements, but has also been applied in the context of the ASEAN Convention on Combating Terrorism. Under the A – X procedure, several like-minded states can first agree on a specific modus vivendi and then strive for gradual ratification by all members. The idea behind this is that some states are able to open up earlier than others, for example economically. With regard to the forthcoming negotiations on the future in the South China Sea, extending the A –  X formula to certain security areas would in theory make it possible to send a stronger response to Beijing without undermining the consensus principle in general. National priorities, such as the fundamental principle of national sovereignty and territorial integrity, would remain untouched—but not without running the risk of pulling states further apart rather than bringing them closer together.

During its period as chair, Vietnam could focus on creating the basis for harmonized consensus-building in ASEAN. Through the association of ASEAN coastal states, initiatives for closer cooperation on maritime security will be possible even without the explicit support of all member states. This increases the likelihood of strengthening the concerns of fishing communities—which, as those affected by the conflict, have so far not been heard in the COC negotiations with China.

The fact that Vietnam in 2020 will also have a seat on the UN Security Council in addition to the ASEAN chair symbolizes the special position of a nation that increasingly serves as regional coordinator. Stability in the region is important for Vietnam's rapid economic growth, which is increasingly exploited by the negotiation of free trade agreements. The latest agreements include the Trans-Pacific Partnership Agreement (TPP) and the EU-Vietnam Free Trade Agreement (EVFTA). The latter is set to be ratified in 2020 and could, according to projections, ensure a further increase in gross domestic product of up to 4.3% by 2030 alone.

This economic opening has made Vietnam a low- to middle-income country, with the trend still rising. In order to ensure its continued economic growth, Vietnam increasingly takes on a mediating role.

“With the two ASEAN member states Indonesia and Vietnam sitting on the UN Security Council in 2020, ASEAN can do more to align ASEAN’s regional efforts with UN-led global concerns and ensure that international peace and security are secured and maintained in the midst of fast moving and complex developments,” stressed Vietnam's Deputy Foreign Minister Nguyễn Quốc Dũng. Political stability and peace are indispensable to strengthen the region, including global issues.

However, a clear area of tension is emerging regarding Vietnam’s developmental path: the country faces major problems in reconciling economic growth and a corresponding increase in energy demand with the need to urgently reduce emissions. A new study by Climate Central, a scientific organization based in New Jersey, predicts that more than 20 million people in Vietnam live in areas that will be flooded by 2050. This includes large parts of the economic centre of Ho Chi Minh City.

Yet financial resources to combat climate change are limited, and Vietnam’s World Bank classification as a low- to middle-income country means that international financial support is increasingly being shifted to low-income countries. The Head of the Vietnamese Permanent Mission to the United Nations, Ambassador Đặng Đình Quý, stressed at a press conference in New York that combating the impact of climate change on peace and security would be one of Vietnam’s priorities in the coming year.

The one-year term of office offers only a very limited opportunity for developing and implementing policy objectives. However, in 2020 Vietnam can take a direction that works against the growing uncertainty in international relations and strengthen cooperation between ASEAN and the United Nations through a rule-based order. Within ASEAN, it can advocate for more efficient decision-making and multilateral dispute settlement mechanisms to balance security, economic, and environmental challenges. 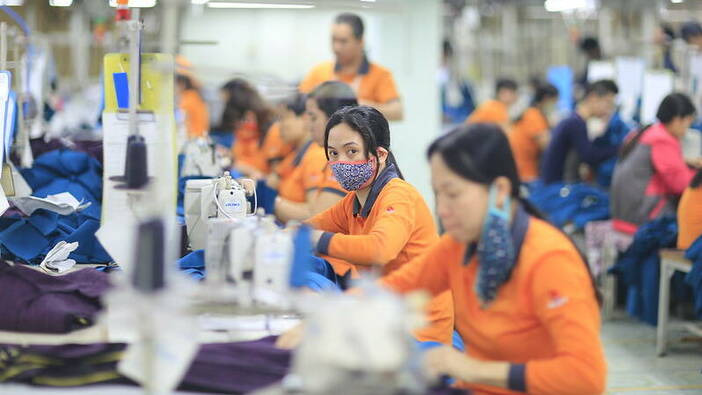 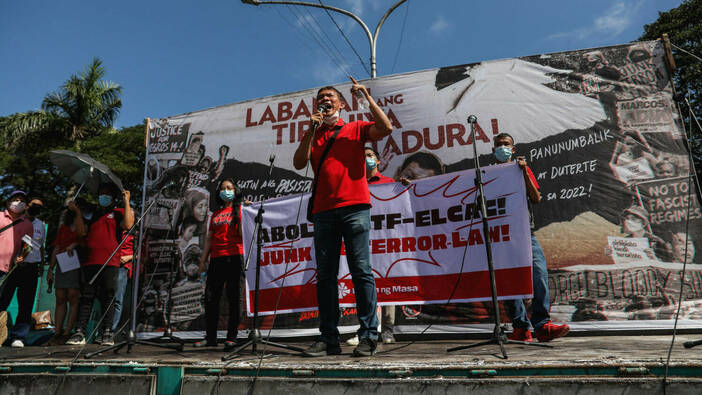