In spring 2020, the COVID-19 pandemic led the governments of the EU to close one border after the other. It immediately became clear how dependent the European economic model is on (South-)Eastern European workers. This became particularly obvious in Germany, a country that has functioned as nothing less than a migration magnet in recent decades. In April, asparagus farmers were worried about their harvest, for which they depend on many thousand seasonal workers from Poland, Romania, Bulgaria, and Ukraine. And since Germany is a land of asparagus eaters and the agricultural associations are powerful lobbyists, it was not long before the federal government made an exception to the travel ban from Romania to allow around 80,000 Romanian harvest workers to enter the country.

Prof. Dr. Ulf Brunnbauer is Academic Director of the Leibniz Institute for East and Southeast European Studies and holds the Chair of Southeast and Eastern European History at the University of Regensburg. His research focuses on the social history of the Balkans in the nineteenth and twentieth centuries, especially the history of migration and the history of labour.

For a brief moment it seemed as if a public debate over the social costs of asparagus might take place, since this vegetable, which is largely flavourless anyway, arrives on German plates on the backs of exploited seasonal workers. No sooner was the asparagus eaten and the Romanian harvest workers forgotten than German consumers’ next holy cow was put under scrutiny: cheap meat. In June, the slaughterhouses of the large Tönnies company became coronavirus hotspots, with more than 1,400 workers infected—they, too, having come from Eastern Europe, mostly Romania. All of a sudden, the public and the political class took an interest in the miserable working and living conditions of workers who, via a system of sub- and sub-subcontractors, work in big German slaughterhouses under unacceptable conditions. Not just asparagus, but schnitzel too comes at a high social cost (not to mention the ecological one), which society accepts because apparently it is only workers from Eastern and Southeastern Europe who pay it.

As a result of COVID-19, there was a sudden shortage of workers in low-wage sectors in the wealthier European countries, which, at least momentarily, provided an insight into working conditions that usually remain hidden opened up, at least for a moment. And in each case the focus was on workers from the “new” member countries of the European Union, i.e. the post-socialist countries of Eastern and Southeastern Europe. There are countless examples of travel restrictions suddenly revealing how important Eastern and Southeastern European foreign workers are to essential occupational fields in Western Europe. In Austria, for example, the government hastily organized special trains, since without nursing staff from Romania, Austria’s home care system would collapse. For the workers concerned, already difficult working and living conditions were compounded by the burden of travel in the era of coronavirus.

Those aspects of the close connection between West and East in today’s Europe which we have suddenly became aware of in 2020 (and which we may soon repress again) are the result of a development that began with the end of state socialism and has fundamentally altered European labour markets—both in the East and the West. For the rest of Europe, the transformation of the formerly state-socialist economies and their political systems has not been without consequence—on the contrary, it has been anything but that, even if in the former West people’s consciousness of this process is poorly developed. Vienna historian Philipp Ther quite rightly speaks of a co-transformation—east-west migration is one central aspect of this. A part of Europe was suddenly fully integrated into the world market and the European (labour) market.

The fall of the so-called Iron Curtain and the end of restrictions on emigration in formerly state-socialist countries occasioned a wave of migration from east to west that one study by the International Monetary Fund called “unprecedented”. In terms of the speed, extent, and permanence of this migratory movement, similar examples can hardly be found anywhere in the world. From 1990 to 2015, around 20 million people—many of them highly educated—emigrated from the countries of Eastern and South-eastern Europe. In the early nineties, this was caused by the massive economic slump that accompanied the transformation of planned into market economies. For many, unemployment, collapsing social security systems, and low wages were motivation enough to try their luck abroad. It took until the end of the decade for the region to regain the level of prosperity it had enjoyed in 1989, though now with significantly higher inequality. Privatization, which was carried out in ways that were partly rushed, partly corrupt, led to the demise of numerous firms, especially in heavy industry, which had been massively favoured by governments under state socialism. In areas where restructuring was avoided, it has usually only prolonged the agony, not saved jobs.

Migration did not slow when most of the region’s economies returned to growth, and some even experienced a veritable reindustrialization (in Poland and Slovakia, for example, the proportion of people employed in industry is greater than in Germany). There were three essential reasons for this. First, accession to the EU made emigration significantly easier. Even though transitional arrangements limiting freedom of movement were imposed on the new member states for several years—Germany in particular refused to open its labour market right away, thereby making clear to its neighbours in the East that they are second-class Europeans—citizens of new member states sooner or later began to enjoy the freedom to settle in any EU country. They were to make use of this right in droves; in the wake of accession, emigration figures skyrocketed. Romania, for example, today has about 3.7 million citizens living abroad (more than 750,00 of them in Germany); in 2000 it was one million out of a total population of less than 20 million. Between 2013—the year Croatia joined the EU—and 2019 around 200,000 people left the country, more than five percent of its population.

Research has shown that migration causes migration, which is why it continues even when the economic conditions in the country of origin improve. Family members who have emigrated, friends, and neighbours report on the opportunities elsewhere and help relatives and contacts to join them. These network effects are a second reason why emigration from Eastern and Southeastern Europe continues.

But behind this lies a third reason. Despite the relatively high economic growth of recent years and in some cases the sharply rising wages in the “new” member states, inequality in Europe as a whole is still extreme; a band of prosperity stretches from Scandinavia in the north to central Italy in the south, but to its east lie some of the poorest areas of the EU, punctured only by metropolitan regions, especially the capitals. A glance at wage averages suffices to reveal glaring differences. According to a report by the Hans-Böckler-Stiftung’s Institute of Economic and Social Research (WSI), in 2019 the average worker in Bulgaria was paid € 9,000 a year, while the same figure was € 12,300 in Romania, € 13,700 in Hungary, € 14,900 in Poland, and € 16,200 in Croatia. In the EU, meanwhile, the same figure lay at € 38,400; in Germany it is € 43,000, and in Austria € 46,000. The real differences are even greater in that the wealth in the new member countries is very unevenly distributed. Some regions in Bulgaria and Romania, but also in eastern Slovakia, are regular poorhouses, even in comparison to the capitals of those countries. Bulgaria, Lithuania, Latvia and Romania have the greatest income inequality in the EU—and the highest emigration rates in Europe. Probably nowhere else in the world is such gross wage inequality to be found within such narrow areas and in the context of a political and legal union.

For the countries affected so powerfully by emigration, the situation has become a problem. Local businesses complain of increasing problems in recruiting qualified workers. The one positive consequence of migration—namely the sharp rise in wages—in turn deprives these countries of the main “competitive advantage” that has led so many Western industrial companies to relocate parts of their production there, namely cheap labour. The emigration of highly qualified people—also known as brain drain—means that the human capital needed for a country to move up in the value chain is lacking. In addition, the high rate of emigration is accelerating a population decline that has taken on dramatic proportions in some cases. Bulgaria today has two million fewer inhabitants than 30 years ago, and a further 20 percent decline is forecast to take place by 2050. Whole swathes of the country are deserted, and this translates into growing financial problems for the countries’ welfare states, which are weak in any case. As a consequence, according to a 2019 survey significantly more people in Romania, Poland, and Hungary are concerned about emigration than immigration.

Conversely, Western European economies benefit from the workers from Eastern and Southeastern Europe who are prepared to endure great hardship because working abroad is the only way for them to improve the lives of their families. This is the only way that they can realize their European dream, modest as it is. Why should they accept worse living conditions than their fellow Europeans? The “Polish plumber” has become proverbial in Britain. In Germany, Eastern Europeans not only poke the asparagus and slaughter the cattle, increasing numbers of them also care for the sick and the aged; sixty percent of doctors and nursing staff recruited from abroad to work in Germany during the last decade have come from Romania, Hungary, Bulgaria, Poland, and the Czech Republic. In turn, the health care systems of these countries are experiencing a growing shortage of medical personnel.

In a world that follows the models of the economists, the high rate of migration from Eastern to Western Europe should at some point lead to a new equilibrium. But the real world rarely conforms to such theories. As the COVID-related focus on the events around migration this year show, the flow from east to west expresses a structural inequality that in fact typifies Europe, even though it is supposedly growing together. This inequality puts Europe’s cohesion at risk, because a mixture brewed from inequality and migration is a toxic one at both poles of the migration process, in both the countries from which migrants depart and those in which they arrive. There is hardly a better breeding-ground for right-wing populism (as the Brexit vote showed, for example, when English nationalists stirred up sentiment against Eastern European immigrants). Cheap schnitzel does not only have a social price; it will also have a political one, in both the East and the West, for as long as a European labour market is not accompanied by a European welfare state. 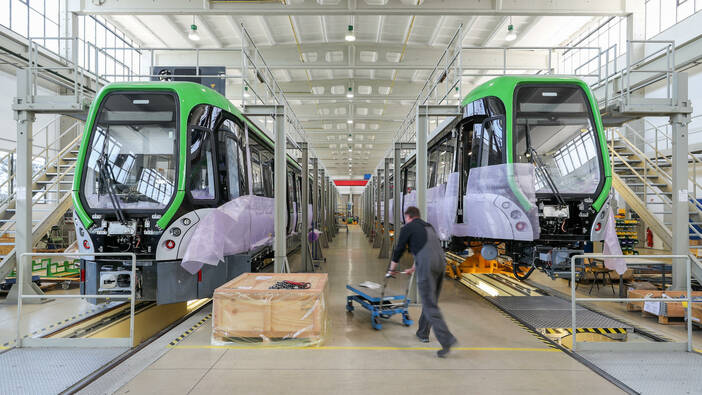 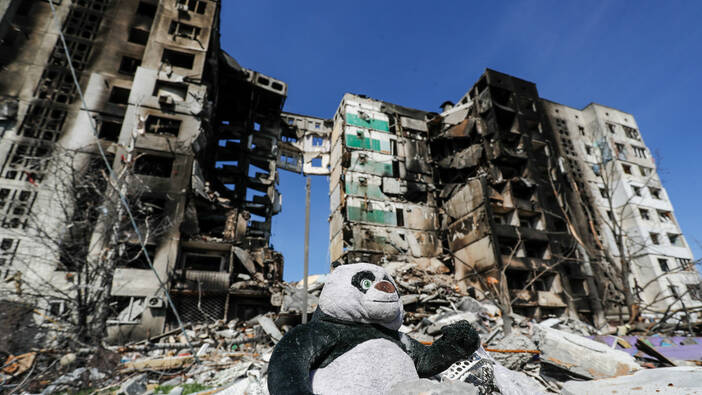