Few of the developments of the post-1989 transformation in Bulgaria were a result of popular democratic politics, much of it being part of the global turn towards neoliberal globalization. In some popular accounts in the country, the political changes were not even particularly revolutionary—many see the period as a politico-economic adaptation and entrenchment of former elites, an account which has kept a persistent and often visceral anti-communism alive despite the death of the state socialist regime 30 years ago.

Veronika Stoyanova works as a Lecturer in Political Sociology at the University of Kent, UK. Her research focuses on theories of ideology and utopia, post-socialist studies, and Roma exclusion in Europe.

If common political, media, and popular narratives in the country disagree over whether the changes have produced too much capitalism, too little capitalism, or not the right kind of capitalism (but rather a balkanized, defective version), there is a fairly broad consensus that the transformation has failed to deliver on its promise for prosperity. Thirty years of “reforms” applied in Bulgaria—often chaotic and experimental in practice, but consistent in their neoliberal logic—have effectively meant a period of uncompromising austerity politics hell-bent on clearing the way for doing business.

The first decade and a half of the transition was dominated by calls for “structural reforms” necessary to cut the socialist state’s “excessive expenditure”. Reforms were carried out mostly under the aegis of international financial institutions in exchange for structural adjustment loans. The second half of the period (after the country joined the EU in 2007) saw further reforms aimed at the “optimisation” of various systems (such as healthcare, education, and the judiciary), closely monitored by the European Commission.

The first seven years were also particularly politically unstable, with five democratically elected and four interim governments. In return for financial assistance, Bulgaria began to follow guidelines from the IMF and the World Bank to embark on shock liberalization of prices (97 percent of all prices, including food, were liberalized overnight in February 1991, triggering high inflation), slash subsidies, wages, and social welfare expenditures, and move towards swift privatization of the economy.

The first governments were slow to begin privatizing state-owned enterprises (10 percent by 1996), while the loss of the Comecon [1] markets meant many factories were barely operating, making it easier to lay off workers who then faced a fast-shrinking social security system. The first phase of land restitution and shutting down of co-operative farms and small enterprises in rural Bulgaria was particularly devastating for thousands of low-skilled workers, among them many Roma. Over the next three decades, thousands of Roma would be further displaced as their self-built houses, formerly “tolerated” by the previous regime, were declared illegal by neoliberal urban authorities searching to clear space for new private construction.

The first wave of mass layoffs in 1990 targeted high-skilled workers in the hope that these would retrain and find employment in the newly emerging private sector. Many emigrated instead. For those who retained their jobs, employment income in real terms dropped dramatically (by 66.7 percent in 1991). By 1997 the minimum wage had fallen by 3.4 times (and average wages 2.2 times) of real GDP per capita. Although wages have risen consistently since 1997, this lag has remained, and some analyses show that current GDP per capita levels mean that wages could be twice as high as they are.

A currency board regime was implemented in the wake of severe banking and currency crises at the end of 1996, now handing all economic policy decisions over to the IMF. At the same time, the elections produced a right-wing government that accelerated the privatization process, cutting another 275,000 jobs over the next four years. Meanwhile, the social safety net for those who had lost their jobs was being decimated—a “reform” financed by an IMF Social Protection Adjustment Loan.

The conditions for this and other loans taken out over the next few years rolled back the “big” socialist state at the cost of many lives and livelihoods. For example, the contribution supplying the State Unemployment Fund went down from 7 percent to 1 percent, and was now to be shared by both employer and worker alike. Access to higher pensions for 140,000 workers in hazardous occupations was removed and new employment laws were put in place to create a “flexible” workforce stripped of many rights, while the unions lost their leverage against the now symbiotic representatives of business and of the state.

Aiming to cut social welfare expenditures, reforms made savings on the back of the most vulnerable while often increasing bureaucratic expenses associated with the application of more restrictive criteria. As Bulgarian trade unionist Vanya Grigorova summarizes, the welfare system humiliates rather than protects people: those who manage to squeeze through the severely restrictive criteria and succeed in navigating the heavily bureaucratized application process then receive humiliatingly meagre sums which fall well below the official poverty line.

Under the aegis of the World Bank, 800 schools shut their doors between 2001 and 2011. Children were regrouped in larger classes and school buses now transport those whose town or village lost its school. Many children simply dropped out. The worst affected were again Roma children. Bulgaria in fact served as a testing ground for school closures. Following this experiment, the Bank ceased making further recommendations for school closures elsewhere.

A Toxic New Division of Labour

The period after Bulgaria’s EU accession in 2007 saw more reforms geared towards a further “optimisation” of systems, now monitored by the European Commission. A 2001 moratorium on the privatization of state hospitals was lifted in 2008, although no privatization has taken place since. There are also periodic calls for the privatization of universities, but they have also been spared so far. Hospitals, universities, and the schools that survived the previous decade’s onslaught, however, have been subjected to marketization reforms—delegated budgets which place them in competition with another, project-based financing, and various ranking systems have all been used to invert the logic under which they operate: from providing a public service to turning a profit. After years of introducing market mechanisms, these systems are vastly underfunded, understaffed, and the quality of the public service offered is oftentimes inadequate. Significant levels of social exclusion characterize both systems: over 2 million people have no health insurance, and those who do, pay the highest co-payments in the EU. The most recent data on schools shows that one third of children in rural areas drop out of school early; among Roma children the numbers grow to 67 percent.

After years of international financial institutions’ insistence on reducing the “tax burden”, Bulgaria introduced a flat tax rate of 10 percent in 2008. The practically regressive tax system has since reproduced already deep inequalities—the incomes of the richest 20 percent are on average eight times those of the poorest 20 percent, compared to an EU average of 5 times. Additionally, although the average labour productivity in Bulgaria is half the EU average, wages are five times as low. These wage disparities—against the backdrop of a perennial loss of rights and security—have driven millions of Bulgarians out of the country since 1989.

Bulgaria saw close to 1 million (or over 12 percent) of its population emigrate by 2005 alone, while the opening of EU borders in 2007 and the global economic meltdown in 2008 triggered further mass exodus, with 74 Bulgarians moving to Germany every day in 2018. Many resort to topping up meagre and precarious incomes at home with seasonal work in the West—a new division of labour that ensures the supply of cheap labour for Western farms, while leaving medical and other social security costs to the pauperized Bulgarian state.

The new forms of precarious labour migration have left many severely affected. Children often grow up under the care of grandparents, seeing their parents only via Skype. A new group of “transnational aging carers” has appeared—elderly migrants who provide child care for their migrant children, or middle-aged migrants caring for their aging parents (with some juggling obligations toward parents and grandchildren at once).[2] Such care-driven mobility disrupts social citizenship both in Bulgaria and in the countries they migrate to by limiting or even excluding them from state welfare support, frequently producing new forms of gender and intergenerational inequalities.

These new forms of international division of labour have also marked “a rift in the geography of production and social reproduction” that sees social reproduction relegated to the decimated Bulgarian welfare state, and to the household in particular. This has further contributed to the growing political salience of the family and of women’s care labour, partly fuelling the pronounced conservative turn we see across the region and beyond.

It is particularly women and migrants who have been subjected to an ever-tightening conservative grip. Following an “anti-gender” campaign initiated by the far right but picked up more widely, Bulgaria refused to ratify the Istanbul Convention on preventing and combating violence against women in 2018. Meanwhile, right-wing political parties and media have consistently framed refugees and Roma as “security” problems and advocated racist and exclusionary policies, which has resulted in vigilante groups patrolling the Turkish border to “hunt” for refugees and in periodic house demolitions in Roma neighbourhoods. The “gender” witch hunt as well as the refugee and Roma moral panics have not been the focus of right-wing parties alone. Nominally liberal public intellectuals and the pro-business [3] and increasingly socially conservative Bulgarian Socialist Party (BSP) have often been as ardent on these matters as their right-wing counterparts.[4]

At the other end of these false narratives is the Foreign Direct Investment panacea—while decrying the “masses” as lazy, unproductive and undeserving of state support, most leading political parties (and media) extol the almost mythical savour figure of the foreign investor, regularly promising to “attract” FDI to the country—a central electoral pledge. Ironically, in 2019 Bulgarian migrant workers were the biggest “foreign direct investor”, with officially recorded remittance flows exceeding FDI.[5]

In their desire for FDI, political parties regularly draw on the mantra of the “good investment climate”—highlighting the flat corporate tax rate of 10 percent, and a highly trained but cheap workforce. Yet the last two decades have seen FDI mostly in the form of subcontracting of resource-intensive and labour-intensive production (e.g. garments) in low value-added industries which “rely on social dumping, on maintaining low labour costs and on a race to the bottom”. In practice, Bulgaria’s transitional economy’s “selling points” of the flat tax rate and a cheap workforce have meant severely underfunded public systems, as well as degradingly low pay and bad working conditions for workers—precisely the reasons why so many Bulgarians choose to emigrate in the first place.

The past three decades of a relentless push for “financial discipline” and optimization, for flexibility and mobility, have cost lives and livelihoods and fostered insecurities, social dislocation, and a return to conservative ideologies. What is more, many of the policies of cutting costs and designing business-friendly environments simply do not work: when you close schools, children will drop out; when you fail to provide dignified pay and social security protection, people will leave.

[2] Aging migrant carers sometimes move up to five times per year, spending every two months in a different location.

[3] The Bulgarian Socialist Party introduced the 10 percent flat tax rate in 2008, for example.

[4] Tsoneva, J, and Stoyanova, V., Europe, Islam and the Roma: liberalism and the manufacture of cultural difference, (forthcoming).

[5] Moreover, they have consistently provided roughly between one- and two thirds of external financing since 2004. In some of the most deprived regions, whole families live almost entirely off of money sent from migrant relatives. 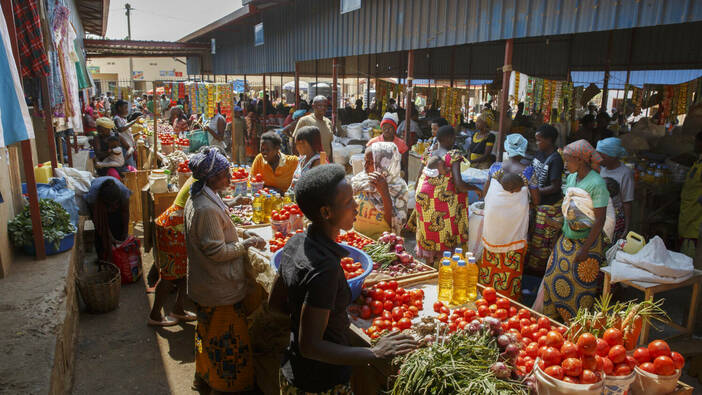 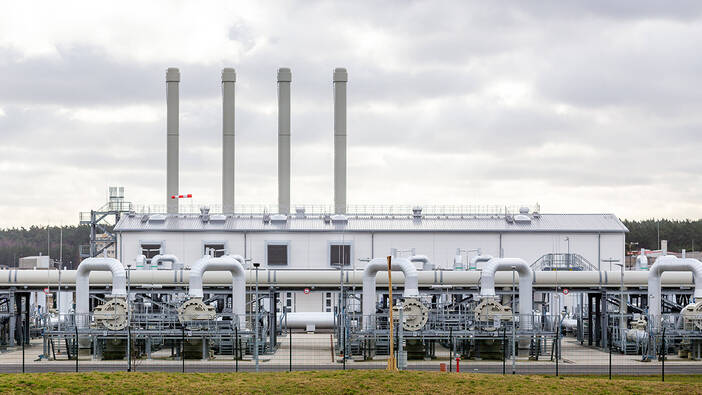