When we think of Bosnia and Herzegovina in the political sense for the layperson, the first associations would be war, ethnic cleansing and a political system so convoluted and dysfunctional; it would make Terry Gilliam's satiric film Brazil  blush.

Emin Eminagić is Project Manager at the Tuzla Office of Rosa-Luxemburg-Stiftung in Bosnia and Herzegovina.

Since the end of the war in 1995, with the signing of the Dayton Peace Accords between Alija Izetbegović, Franjo Tuđman and Slobodan Milošević, drafted and facilitated by then US Assisstant State Secretary Richard Holbrooke, Bosnia and Herzegovina was imposed with a consociational power-sharing government structure that divides the country by six different levels of government and along ethnic lines:

On November 15th, 2020, the 7th local elections were held in Bosnia and Herzegovina since the end of the war in 1995. With over 114 registered political parties, 425 candidates for mayoral and city council positions and a turnout amidst the COVID-19 pandemic in an average 38,8% state-wide, which in comparison to previous years shows a steady trend of voter turnout.

Even though Bosnia and Herzegovina is feeling the impact of the COVID-19 pandemic quite hard with record numbers reaching over 24.000 tested cases since the beginning of the pandemic in February 2020 countrywide and over 2000 people dead, the local elections took place under strict hygienic-epidemiological measures. Closing the poll stations at 7 pm on November 15th, as is the usual practice, with first results being announced already two hours later.

Who Are the New Old?

One could focus on the usual formula by analysing what promises were made, how many people mobilised, how long the campaigns of each party/candidate lasted, what the popular opinions were, etc.

However, I will not do this in this form, as there are people far more competent to answer these statistical questions than I am. What I will do instead is look at the political landscapes in several major cities, where the changes of government are most evident, as former strongholds of power by for example the Party for Democratic Action (SDA - The conservative Bosniak Party founded by the first president of Bosnia and Herzegovina in 1991, Alija Izetbegović, now presided over by his son Bakir Izetbegović) or the Alliance of Independent Social Democracts (SNSD -The conservative Serb Party ruling out of Banja Luka, presided by Milorad Dodik, who currently is one of the three Presidents of Bosnia and Herzegovina) and give an overview of the New Old stakeholders in local governments. I will focus on Sarajevo, Banja Luka and Tuzla.

One is poised to start with the Capital of Bosnia and Herzegovina, i.e. the city of Sarajevo. Sarajevo counts 9 municipalities, 8 of which had been held by the Party for Democratic Action (SDA). Now a broad coalition known as the Four (Četvorka - A broad coalition consisting of Naša stranka - NS [liberals], Socijaldemokratska Partija BiH-SDP [social democrats], Narod i pravda-NIP [right-conservative] and Nezavisna Lista-NL [independents]) managed to take over 4 of the 9 municipalities in Sarajevo with demands for recounts in three, the results are as follows:

The defeat of the SDA in four major Municipalities in Sarajevo shows a major shift in party-power in Bosnia and Herzegovina’s capital city. However, this shift comes with a price if we look at the spearhead of the Four coalition, i.e. NIP. Narod i Pravda was founded by former Prime Minister of the Canton of Sarajevo, Elmedin Konaković upon his departure from the SDA, taking several former high-ranking members of the SDA with him. NIP is a party of social conservativism, with sexist and chauvinist tendencies, and a neoliberal approach to development, who are advocating the deregulation and defunding of public services and believe, that according to, several of their mayoral candidates cities and municipalities should be run like companies. Back in 2019, Elmedin Konaković was the only high-ranking politician in Bosnia and Herzegovina openly condemning the first Pride parade, claiming it is making a laughing stock of the traditional family and endangering moral values.

As much as this presents a paradigm shift in Sarajevo and de facto dethroning the SDA, it begs the question what will be different, if anything? If we have a new SDA just under a different guise, which instrumentalised voters of their natural political opponents coming from the centre-left and the liberals, can we really speak about social change and progressive policies in cities, or is it just a redressed status quo?

Perhaps one interesting aspect in Republika Srpska was the victory of Draško Stanivuković, member of the Party for Democratic Progress (PDP), as the youngest mayor in recent Bosnian history. Stanivuković is a career politician who gained notoriety through his populism and constant agitation of parliament members of the Republika Srpska and inciting fights in the parliamentary assembly.

Stanivuković’s position regarding politics is reflecting a strong pro-EU and pro-NATO stance while maintaining a firm Serb identity. As mayor of Banja Luka he is promising subsidies for retirees and students for utilities (heating, electricity, etc.) which was met with dismay by Milorad Dodik and the SNSD, who yesterday said that the SNSD will not support any of the promises made by Stanivuković for the citizens of Banja Luka.

Stanivuković is a polarizing figure in Bosnian politics, on one hand popular with many Bosniaks as he stands firmly against Dodik, but is tied up in controversies such as taking pictures with Chetnik activists:

In the city of Tuzla the political situation after these elections remains unchanged, Jasmin Imamović won the election for mayor, making him the longest-sitting mayor in Bosnia and Herzegovina, since he took office back in 2001, succeeding Selim Bešlagić as the 31st mayor of Tuzla. Winning all local communities in Tuzla with 6,953 votes. However, the remainder of Tuzla Canton remains under the control of the SDA.

Among the noteworthy policies and changes he brought about in Tuzla would be the overturning of the privatisation of public property such as public utilities (electricity, water supply, heating as well as public spaces for markets).

Currently Imamović is claiming to work on plans of strengthening small and mid-sized enterprises and creating economic development by bringing foreign direct investments to Tuzla and overturning the once industrial powerhouse of heavy industry into a tourist destination.

A few years ago, I wrote about general elections in Bosnia and Herzegovina stating that the omnipresent father was gone. What we witnessed during these elections is a minor shift with new omnipresent fathers returning, the dismay of people, the uncertainty and social insecurity evident more than ever did indeed effect change in some of the most important cities of Bosnia and Herzegovina. However, we do not see real change effected in terms of social security, the COVID-19 pandemic response remains still in shambles, hospitals are failing, along with the educational system and the citizens of Bosnia and Herzegovina are suffering. No promises, not even on the discursive levels were made about how to handle the fallout of the pandemic, no mention of social policies, no mention of actual policies what which party would do to stop the brain drain, but rather we are looking towards the omnipresent fathers returning as though they will be able to fix everything. 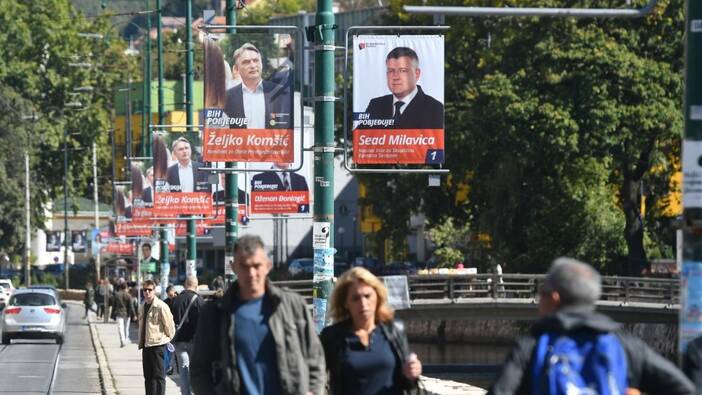 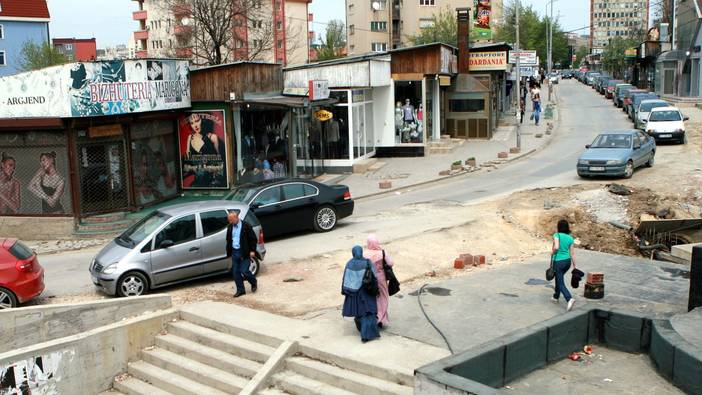