Dr. Muriel Asseburg is a Senior Fellow in the Middle East and Africa Division of Stiftung Wissenschaft und Politik (SWP), the German Institute for International and Security Affairs, in Berlin. Her current work is focused mainly on conflict dynamics and efforts at conflict settlement in Syria and Israel/Palestine. She recently sat down with Dr. Katja Hermann, director of the Western Asia Unit of the Rosa-Luxemburg-Stiftung, to discuss the future of Palestine and where she thinks the region is headed absent a drastic change in course.

KH: If you had to sketch out a scenario for Palestine in the year 2030, what would you emphasize?

MA: The most plausible picture of Palestine in ten years is a dystopia. The two main conflicts that currently characterize the situation—the Israel–Palestine conflict and the intra-Palestinian division, that is, the conflict between Fatah and Hamas—are unlikely to have been resolved by then. But that doesn’t mean things will stay as they are. On the contrary, I expect to see a progressive erosion of the arrangements agreed upon in the context of the Oslo Accords [in the 1990s].

How might the situation on the ground look in that case?

If that expectation is met, then in 2030 there won’t be a sovereign, viable Palestinian state. The system of government of the Palestinian Authority (PA), which in any case is only nominally democratic, will have collapsed. The Palestinian territories will be even more fragmented than they are today. Local strongmen will exercise authoritarian control over individual enclaves and will each have separate arrangements with Israel.

The PA will no longer have any relevant function, as its capacities and responsibilities will have been extremely eroded—or it will already be history. Palestine will be riven with instability, radical splinter groups will have gained in strength.

Israel will have re-occupied large parts of the West Bank. Irrespective of whether or not Israel will have annexed the territory de jure, the Palestinians living there will again be under direct military occupation. The corollary will be an accelerated expulsion of the Palestinian population from areas seen as strategically or ideologically relevant for Israel (such as East Jerusalem, the Jordan valley, the so-called Seam Zone [a strip of land between the Green Line and the wall], Hebron). The Gaza Strip will be even more isolated than it is today and Jerusalem will be sealed off from its Palestinian hinterland. Violent conflict will occur time and again on and around the Temple Mount/Haram al-Sharif.

The international presence in Palestine will be significantly reduced and primarily restricted to humanitarian agencies. Access for human rights organizations, UN fact-finding missions, diplomatic missions, international observers, activists and solidarity movements, and international media will be extremely restricted—comparable to the situation in the Gaza Strip today. This means that important protective safeguards for the Palestinian population will have disappeared.

What would that mean for international cooperation?

In this scenario, solving the Palestine question will have become ever more irrelevant for international actors. The support of Europe and the USA will be reduced to humanitarian aid, and emergency aid in particular. Collaboration with Palestinian civil society, twinning projects with Palestinian towns and communities, etc., will have largely disappeared, because in our societies Palestinian actors will have been discredited on account of accusations of antisemitism and terrorism. The UN refugee relief agency UNRWA will have lost legitimacy and will be heavily underfunded. That will also lead to increased struggles over the distribution of resources in Palestine and the main host countries of Palestinian refugees [i.e., Jordan, Lebanon, Syria]. In addition, there will have been considerable setbacks when it comes to achieving the UN Sustainable Development Goals (SDGs).

These developments will also have effects on Europe. For the younger Palestinian generation will no longer see any future in Palestine; even hopes for equal rights in a bi-national state [an approach that is discussed as an alternative to a two-state solution] will have dwindled. Among the repercussions on Palestine’s youth will be a powerful pressure to migrate along with fertile ground for radicalization and an open door for international jihadist recruitment.

What needs to be done to avoid the dystopia you’ve just described?

It is very important to stress that we’re not in a Greek tragedy, meaning: this development isn’t destined to come about. A decisive change of course can prevent it.

In this vein, it’s not enough to merely aim at a renewal of negotiations while leaving the setting in which they would take place unchanged. Rather, in negotiations the aim has to be to balance out the asymmetry that characterizes the power relations between the parties to the conflict—instead of increasing it even further as has been the case under the Trump administration. Above all, however, there is a need to influence the cost-benefit calculations of decision makers on both sides. Occupation, de facto annexation, and forced displacement by Israel must not be normalized; rather, they must come at a high price. Authoritarian governance on the part of the PA must not be accepted either; it has to have consequences.

What role should the German government play, given that in the context of development cooperation Germany is the largest bilateral donor for Palestine, but is reluctant to make political demands?

To my mind there are three points of particular importance. First, Germany should align its policies more closely with the principles that a two-state solution is supposed to realize, that is to say with a settlement of the conflict based on the right to self-determination of both peoples that guarantees human rights and security of all, and deals with the refugee issue in such a way that both the individual right of return of Palestinian refugees and the interests of current host and potential repatriation countries, including Israel, are taken into account. In concrete terms, this would call for a consistent differentiation between Israel and the occupied Palestinian territories in all dealings, including dealing with settlement products and business relations with settlements or entities located there in a manner in line with international law. It would also include clearly opposing smear campaigns directed against human rights defenders and protecting freedom of expression in the arts and sciences in Germany against such campaigns. And it would mean supporting rather than seeking to impede international investigations, for example by the International Criminal Court.

Second, as the biggest bilateral donor to the Palestinians, Germany should clearly spell out its expectations vis-à-vis the PA rather than providing unconditional support. The first priority should be to overcome the internal split between Fatah and Hamas and to achieve a democratic renewal of Palestinian institutions. In this context it is not enough to insist that elections be held, as the conditions for free and fair elections are not given, even if we abstract from the limitations related to the occupation. These conditions would first have to be created so that elections do not exacerbate the division but bring fresh blood into Palestinian politics, lead to a Palestinian leadership with broad legitimacy, and provide the basis for returning to the democratic process. What is more, Germany and its EU partners need to scrutinize where they themselves stand in the way of the implementation of these demands—for example through their no contact policy in relation to Hamas.

Third, Germany and its European partners—the format of the Quint, comprising Germany, France, Spain, Italy and the UK, could be suitable here —should promote measures that reduce current tensions in the short term and negotiations aimed at conflict resolution in the mid- to long term. Rather than simply clinging to the mantra of a two-state solution and the need for negotiations, they should take into account lessons learned from past experiences and work in cooperation with the next US administration towards an appropriate multilateral framework for negotiations that also involves Jordan, Egypt, and the Arab Gulf states. Such a framework would include reconfirming the parameters of a solution, offering robust and even-handed mediation, monitoring the implementation of an agreement through an independent review and conflict resolution mechanism, and providing substantial security guarantees. Yet to even get there, the focus must be on how to generate the necessary political will to engage in the difficult compromises needed for a viable settlement with the parties to the conflict. Unless it is spelled out that non-cooperation carries real costs, this can hardly succeed. 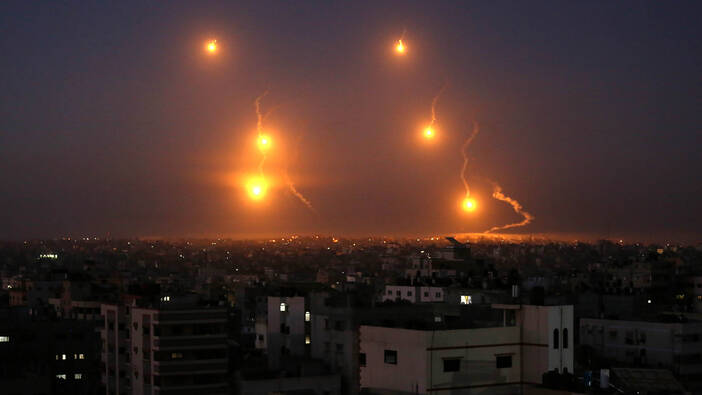 Markus Bickel, director of the Rosa-Luxemburg-Stiftung’s Tel Aviv Office, on the escalation in Gaza… 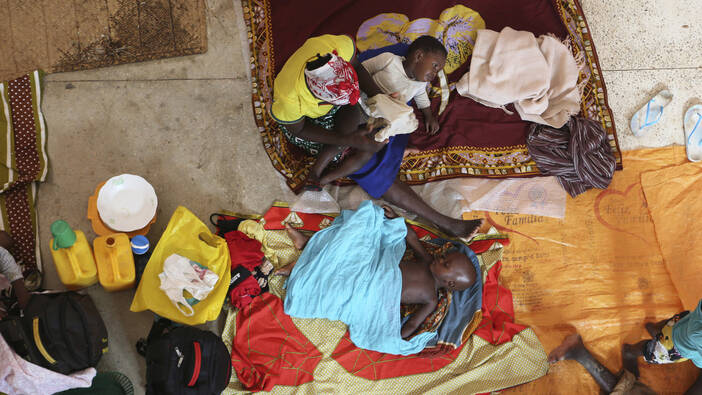 From the frying pan into the fire? 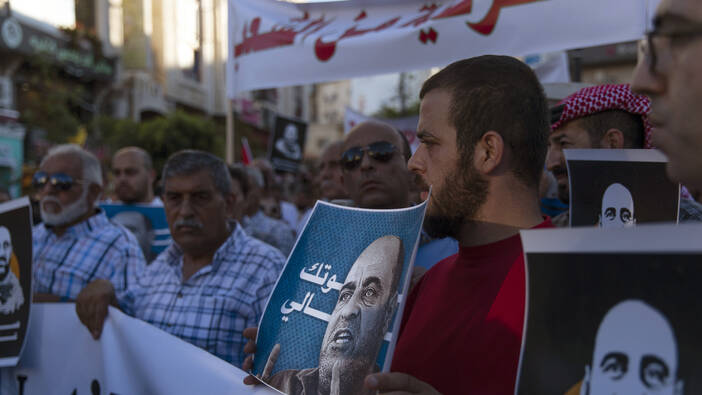