Since the US-backed government of Afghanistan collapsed and the Taliban took power last month, the country has been wracked by uncertainty and insecurity. Millions of Afghans are waiting to see what life will be like under new the rulers and to what extent the Taliban has changed in the last two decades out of power.

Yet regardless of the specifics, one thing is for sure: the Taliban’s seizure of power is a catastrophe for the rights of women and girls. We spoke with Mehmooda, a member of the Revolutionary Association of the Women of Afghanistan (RAWA), about the situation of women in Afghanistan and possibilities of resistance under the new regime.

The world watched the Taliban’s seizure of power in shock. How did you personally experience it?

It was a shocking moment for me and for all women in Afghanistan, even though the situation in Afghanistan before 15 August was also not good, because the Taliban already occupied some parts of Afghanistan. Only some cities like Kabul, Herat, and Mazar-i-Sharif were in the hands of the government, but the remote areas have been occupied by the Taliban for many years.

Mehmooda (name changed for security reasons) is a member of the Revolutionary Association of the Women of Afghanistan (RAWA) and has lived in Germany since 2020 after fleeing Afghanistan for political reasons. She spoke with Leonie Schiffauer, a Senior Advisor for East, South, and Central Asia at the Rosa Luxemburg Foundation in Berlin.

When we saw the puppet government collapse and the women of Afghanistan realized that another, darker chapter of their life would start, it was really sad, especially when I saw the images of people trying to go to the airport and get on the airplanes, and some lost their lives there. It was a very sad moment for me because I can understand why the people are trying to leave.

Maybe not all of their lives are in danger, but if you are a women’s rights activist or if you have worked with foreigners, your life now is in danger in Afghanistan. Especially young people don’t see any future for themselves. The people of Afghanistan have changed. They want to have more freedom, freedom of speech. I was teaching at university in Afghanistan, my students contacted me and they asked what is going on and what they could do, and said that they saw their lives again in darkness. It’s not easy to see this situation.

How will the new Taliban regime affect the situation of women and girls?

The Taliban try to show a very nice and polished face in the media. They are saying that they will respect women’s rights, but then suddenly they add “according to Sharia law”. They also say that they respect freedom of speech. They try to show this face but in reality they are not like this.

In the first two weeks since taking power in Afghanistan, they already carried out many violent actions against women, and against media, and against normal and ordinary people. For example, they killed a boy in Nangarhar Province simply because he carried the tricoloured flag instead of the flag of the Taliban. They arrested a young Afghan poet just because he wrote an anti-Taliban post on Facebook. They don’t allow some female journalists and other female employees to go to their offices. So the reality is different.

Now that the foreign troops are leaving, the Taliban are starting more violent actions against people. They pretend to be nice because they need two things: first, they want the United States and other powerful countries to recognize them as a normal state and regime. Of course, they know that at the moment in Afghanistan everything is collapsing and they need international aid. Second, they know that the people of Afghanistan hate them. [The Afghan people] know the real face of the Taliban because they have experienced their rule. So the Taliban want to show that they are not so violent. But in reality they are fundamentalist, and fundamentalist means misogynist.

You are a member of the Revolutionary Association of the Women of Afghanistan. What does RAWA fight for?

But also in the last 20 years under the US occupation and the so-called “democratic government” we were one of the organizations working underground. Because this “democratic government” was full of criminals and fundamentalists and jihadis, RAWA always spoke against them. So, they saw us as enemies and tried to kill RAWA members, and that’s why we were working underground.

RAWA is a political organization because we think that if we want to change the situation for Afghan women we must change the political situation. But this political system and regime did not change anything for Afghan women. We believe that women themselves must lead the change. We have seen that in the last 20 years, the international community—all these powerful imperialist powers like the United States and other countries—have come with bombs under the slogan of women’s rights, but nothing has changed. We can see that in just one day everything has collapsed. Because Afghan women were not really fighting for their rights, it was just a show.

RAWA thinks that we have to fight for our rights. We have some projects for women in Afghanistan like literacy classes, schools for girls and boys in villages and remote areas, and some income-generation projects for women to help them financially. Most of the women in Afghanistan are illiterate, they cannot read and write, and we think that if you want to change the mind of a woman and make her aware of [her] situation, the first step is education. So we are working hard, this is what we are doing.

How will RAWA continue its fight for women’s rights under the Taliban?

RAWA worked as an underground organization during the time of the US and NATO occupation and their puppet government, and we will continue our underground activities and struggles. We experienced the Taliban regime during the late 1990s. RAWA was the only women’s rights organization that was present in Afghanistan during that time and we struggled against the Taliban. We organized underground schools, literacy classes, projects for women, and we continued our political struggle. We are always speaking about rights of women with groups of women underground and we distribute our magazine in our own languages, Dari and Pashto.

We will continue our work also in this situation, we are not going abroad, we are staying in Afghanistan, because we think that if we want to change anything we have to do it in Afghanistan, not abroad. From abroad we can do something but not really struggle.

How strong do you think resistance can be in the current situation?

These times are difficult for everyone, especially for women in Afghanistan. If an ordinary woman wants to go to school, it’s a struggle, it’s a fight. For secular and democratic political organizations and women’s organizations it will be very difficult and, of course, when you are working underground the effect is less. But the most important thing for us is to be alive. I know that these days other secular and democratic organizations and parties try to go underground and try to save their lives inside Afghanistan. They will organize themselves and their work. The effect will be smaller but still there is something, that is very important.

What can the international community do in order to support women and girls in Afghanistan?

We request from the progressive people and institutions around the world that they should not forget the Afghan people and that they should show solidarity. We know that the Taliban will dominate all parts of Afghanistan and that freedom of speech, women’s rights, everything is in danger. We want to be a voice for the women who are here, and who cannot leave the country, and who have no voice. This is very important for the progressive institutions in Europe and Germany to be aware of. 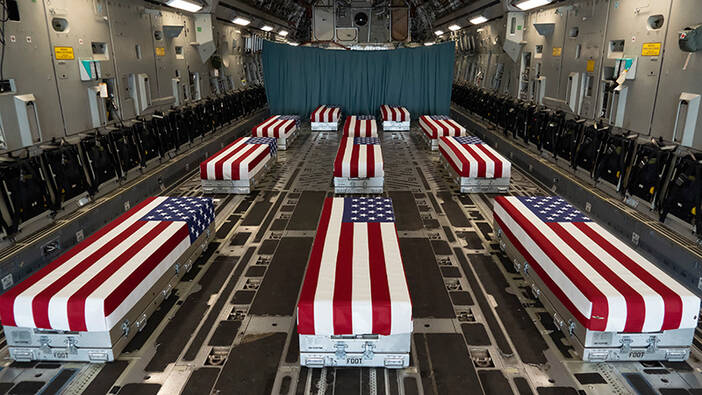