In Glasgow, one of several things to be negotiated is how Article 6 of the Paris Agreement will be implemented. This will determine the framework for the regulations that will succeed the so-called “flexible mechanisms” of the Kyoto Protocol, which expired in 2020.

Uwe Witt is the Senior Advisor for Climate Protection and Structural Change at the Rosa-Luxemburg-Stiftung.

Katja Voigt is Unit Head for International Politics and North America as well as a Senior Advisor for Climate Policy at the Rosa-Luxemburg-Stiftung.

What at first sounds very technical (and in fact is) will also have enormous political consequences. Overall, the Kyoto instruments—Joint Implementation (JI) and the Clean Development Mechanism (CDM)—have turned out to be extremely problematic (for an explanation of these instruments, see the infobox to your right). Only in rare instances did they lead to the reduction in emissions originally aimed for, and instead simply fostered the feeling that problems were only being displaced rather than solved. A successor system could produce similar outcomes.

On balance, however, these instruments largely proved to be a failure. Not only did many of these projects not lead to any reduction in emissions additional to those that would have occurred anyway. In some cases they also resulted in human rights violations, land theft, and additional environmental damage, for example in the case of major dam projects. In the process, pre-existing injustices with colonial origins were simply perpetuated.

In concrete terms, emissions reductions in the so-called “host countries” were able to be used to fulfil the emissions reduction requirements of the countries funding the projects, such as within the European Emissions Trading System (EU ETS). Seen from a global perspective, this amounted to a zero-sum game when it came to emissions levels, essentially amounting to a cost-saving exercise. Furthermore, the climate protection projects, whose resulting emissions allowances (corresponding to the amount of emissions reduced) were then transferred, would need to deliver additional climate protection—and this in excess of the degree of climate protection which would have occurred without the project taking place. Should this not occur, and the purchased emissions allowances actually get used by the country that bought them, the result is a global increase in emissions. The “additionality” of such projects was thus from the outset an intransparent benchmark that was virtually impossible to evaluate.

This “grey area” within the system was exploited. Throughout the process of project approval, registration, and verification, dodgy dealings were commonplace, leading to the generation of dubious certificates. These cheap certificates flooded existing national or multi-lateral emissions trading markets. In Europe, for example, 1.6 billion tonnes of additional emissions allowances came into the market in this way between 2008 and 2020 (which corresponded to almost an entire year’s worth of the ETS sector’s emissions budget). Subsequently, CO2 prices plummeted, and the ETS had almost no effect on Europe’s energy and industrial sectors.

Currently, there are still hundreds of millions of unused emissions allowance certificates on the books of companies, burdening the system. These will only gradually be neutralized by means of several corrective instruments.

With the signing of the Paris Agreement, the parameters for the deployment of market-based project mechanisms have changed somewhat. In contrast to the Kyoto Protocol, all states now have emissions targets. This should result in “host countries” having a greater interest in only permitting the transfer of certificates issued on the basis of projects that have actually resulted in additional emissions reductions, as the transfer of certificates to buyer countries will have an impact on their own emissions balance sheet. In addition, Article 6 of the agreement also contains stipulations requiring that future mechanisms contribute to a global reduction in emissions alongside the emissions budget of a given country. The mere zero-sum approach—which was never even truly implemented—should now be a thing of the past.

The European Union, for its part, already decided last year that it would seek to reach its climate protection targets for 2030 without recourse to the purchase of certificates from project-based mechanisms. Some countries outside of the EU are intent on using such mechanisms, however.  And on the UNFCCC level, the situation is more complicated. Different countries interpret Article 6 in different ways, with various economic interests in conflict with one another. It is highly likely that the outcome of negotiations concerning the Paris Agreement will result in a number of loopholes.

Furthermore, there is disagreement over how the transfer of the mechanisms from the Kyoto era into the framework of the Paris Agreement will be handled. Again, one wonders why solutions to an important aspect of the climate crisis are once more being sought via market mechanisms that have thus far proven totally ineffective.

The Flexible Climate Protection Instruments of the Kyoto Protocol

Signed in 1997, the Kyoto Protocol created a system of emissions targets for the reduction of greenhouse gases. These were valid for 38 industrialized and transitional countries, the “Annex B states”, so named because they were listed in Annex B of the United Nations Framework Convention on Climate Change (UNFCCC). The sum total of their reduction obligations was given by the total reduction target stipulated by the Kyoto Protocol: a five-percent reduction in relation to the baseline year of 1990, to take place between 2008 and 2012 (the first commitment period), and a total reduction of 18 percent in comparison to 1990 levels by 2020 (the second commitment period).

The majority of emissions cuts were supposed to occur within each respective country that was party to the agreement. In order to reduce the cost of investing in climate protection measures, countries and companies were permitted, up until 2020, to use three flexible instruments that would allow them to partially fulfil their obligations abroad: these mechanisms were emissions trading (ET), Joint Implementation (JI), and the Clean Development Mechanism (CDM) respectively.

Kyoto-regulated emissions trading was only permitted between Annex B countries, through the buying or selling of Assigned Amount Units (AAU). Thus, a portion of a country’s emissions budget allocated under the Kyoto Protocol could be transferred from one signatory to another. As early as 2005, the EU began to operate its Emissions Trading System (the EU ETS), under which the operators of energy-intensive industrial facilities, rather than countries themselves, received a finite number of tradeable certificates corresponding to CO2 emissions (European Allowance Units, or EAUs). This process occasionally gets conflated with the Kyoto emissions trading system.

Via JI and CDM, states, companies, or so-called “carbon funds” could invest in climate protection projects abroad, such as renewable energy, higher energy efficiency, or the destruction of methane gasses produced by the waste management sector. In turn, they received carbon credits to the value of the greenhouse gasses not emitted as a result. The investors and the project partners in the “host countries” could then use these credits to contribute to their own reduction obligations or sell them on the emissions trading market.

Just like Kyoto-governed emissions trading, JI projects were only authorized to occur between states with quantitative emissions reduction targets—that is, Annex B countries. Emissions Reduction Units (ERUs) were able to be issued from such schemes from 2008 onwards.

In contrast to the JI mechanism, under the CDM mechanism it was economically weaker countries, i.e. developing economies, rather than the industrialized nations themselves that acted as “host countries” for the projects. Emissions reductions thereby achieved (known as Certified Emissions Reductions, or CERs) were accredited as early as 2000, as long as it could be proven to the UN that the reductions were additional to developments that would have occurred regardless of whether the CDM mechanism had been utilized.

With the expiration of the Kyoto Protocol in 2020, both the CDM and JI mechanisms were stopped. They had long been subject to significant criticism anyway, given that many of the projects initiated under their respective banners have lacked credibility both in terms of their actual effect on climate protection (in particular a lack of “additionality” with respect to emissions reductions) as well as negative social impact. In the EU, for example, the system led to the EU ETS becoming flooded with cheap certificates with questionable credentials. This played a crucial role in the plummeting of the CO2 price in Europe, thus meaning that for long periods of its existence the trading system’s contribution to climate protection was meagre at best.

Article 6 of the Paris Agreement offers the framework for a possible successor to such mechanisms. Setting down concrete regulations for the implementation of Article 6 is one of the key focal points of the COP26 negotiations in Glasgow. 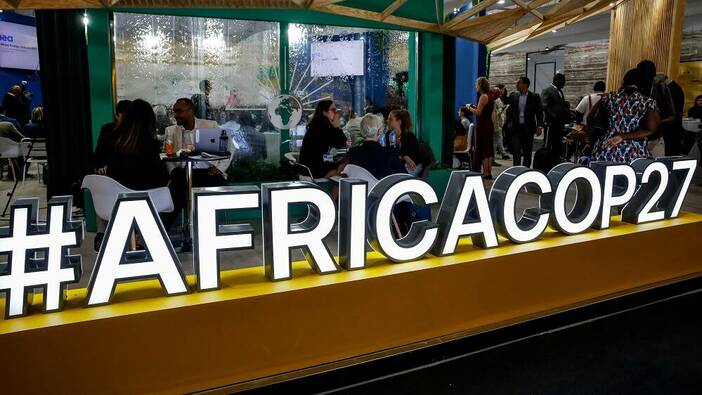 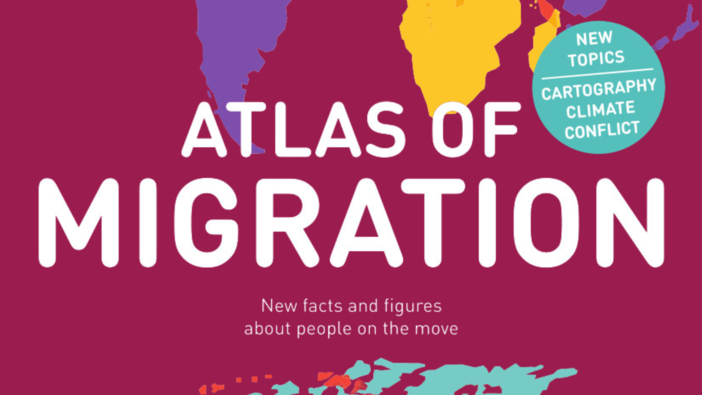 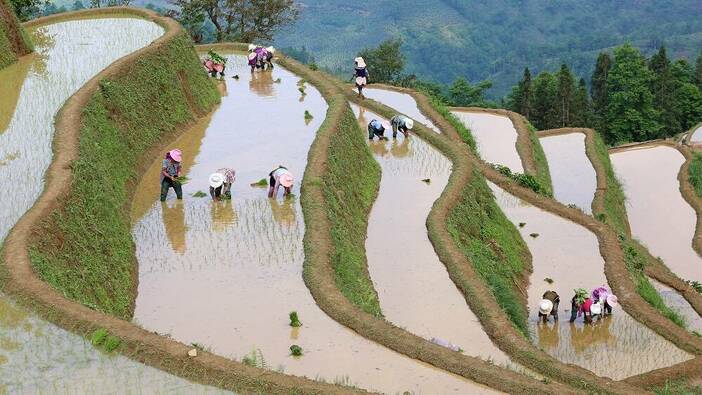 Chinese activist Deng Yi on his experiences with biodiversity conservation in Yunnan, China