Over the last few weeks, heads of state and foreign ministers have shuttled back and forth on diplomatic missions in a way that, due to the pandemic, had not seen for some time. But since Monday evening, this has presumably come to an end for the time being. In a nearly hour-long address to the nation, the Russian president announced official recognition of the two separatist republics in eastern Ukraine. Resolutions to that effect have already been signed and an officially designated “peacekeeping mission”, consisting of Russian army units, is being dispatched to territories that clearly belong to Ukraine under international law. The move constitutes a new Russian breach of international law.

Fabian Wisotzky is a Senior Advisor for Central and Eastern Europe at the Rosa Luxemburg Foundation.

The window of opportunity for reaching a solution to the two conflicts — first, between Russia and NATO over a European security architecture, and second, over Ukraine — through renewed negotiations thus appears to have closed. The next few days will reveal whether this move will preserve the status quo or lead to further military escalation. Vladimir Putin’s announcement on Tuesday evening that the recognition of the separatist republics does not refer solely to the territory under de facto separatist control, but to the entire territory of the Donetsk and Luhansk regions, carries with it a dangerous potential for escalation Fighting there has increased in recent days, the spreading of which beyond the line of contact cannot be ruled out.

Hopes for Peace Have Faded

Following Volodymyr Selensky’s election as president of Ukraine in 2019, renewed negotiations between Ukraine and Russia to peacefully settle the war in eastern Ukraine began. This process, which was barely noticed even by left-wing audiences, at first appeared to produce initial successes, most evident in the prisoner exchanges in December 2019 and April 2020 and a 2020 ceasefire agreement that lasted relatively long. But by the fall of 2020 at the latest this process had faltered, and 2021 was marked by renewed tensions.

The reasons? On the one hand, problematic developments in Ukraine, such as sanctions against TV stations considered to be pro-Russian as well as opposition politician and oligarch Viktor Medvechuk; on the other, Russia continuing to issue passports to people in the Donbass region and an initial deployment of Russian troops on the border with Ukraine.

Then, in October 2021, the Ukrainian army deployed a Bayraktar drone on the conflict line for the first time. The last hopes for an easing of tensions between Russia and Ukraine, as well as for an intra-Ukrainian settlement of the conflict, evaporated.

Russia forced renewed talks with the US and NATO by deploying its troops along the Ukrainian border once again, during which, Putin declared, Russia’s security interests would be taken into account. Two drafts of a possible treaty were presented, foreseeing a withdrawal of NATO structures in Eastern Europe to 1997 levels (prior to NATO’s eastward expansion) and the exclusion of former Soviet republics, explicitly Ukraine and Georgia, from joining NATO. It must have been clear to the Kremlin that NATO would under no circumstances meet these maximum demands, but negotiations took place nonetheless. The talks, held in various formats, have dominated headlines since early January.

All of these talks were overshadowed by Russian military deployments along the Ukrainian border and manoeuvres in the Black Sea and Belarus, but also by the deployment of US and other NATO units in the Eastern European member states, as well as arms deliveries to Ukraine. Hope still glimmered that a new process, similar to the negotiations over the Helsinki Accords, would keep alive the possibility, through de-escalation as well as disarmament, of creating a new security architecture in Europe that takes the security interests of all sides into account.

Recognition of the Luhansk and Donetsk “People’s Republics”

As of Monday evening, it is doubtful that anyone expects this to happen anymore. As late as last week, after the State Duma voted to call on Putin to recognize the two separatist republics, Putin’s press secretary Dmitry Peskov claimed that such recognition contradicted the Minsk Agreement. The Russian side also stressed that meeting the Minsk Agreement remained the goal of Russian policy.

Any lingering hopes that the Duma vote could have been just another means to pressure Germany and France to get their governments to persuade Kiev, via the Normandy format, to implement the Minsk Agreement in Moscow’s interests have now evaporated. Moscow withdrew from the Minsk Agreements by recognizing the separatist republics. Consequently, the conflict in eastern Ukraine has not been resolved by diplomatic means. Because the two conflicts are closely intertwined and peaceful settlement of the conflict in the Donbas has failed, further negotiations over a new European security architecture are unlikely. Of course, that task would have been extremely difficult to begin with, to say the least.

When it comes to the European security architecture, not even the European Left has a single opinion. Members of the Polish party Razem, for example, spoke out in favour of greater support for Ukraine. If even the Left has different positions on many issues (whether security policy in Europe or the relationship with Russia), it is not surprising that the same is true of European societies in general. Russia’s withdrawal from the Minsk Agreement and the breach of international law by the announced deployment of Russian troops in Ukraine are now likely to strengthen voices calling for more military build-up. Advocating de-escalation and disarmament on all sides will not become easier, but all the more necessary.

In his nearly hour-long address to the nation, Vladimir Putin did not open with the humanitarian situation facing the local population, but with the history of Ukraine. He already assigned Ukraine the status of Russia’s little brother, who should not be allowed to develop into an “anti-Russia” by external pressure, in his article July 2021 article “On the Historical Unity of Russians and Ukrainians”. Putin ratcheted up his tone further in his address to the nation: Ukraine was created entirely by Russia — by Bolshevik Russia, to be exact. Its statehood was merely a gift from Russia — to Russia's detriment. Even after independence, Ukraine benefited from Russian gas supplies that were worth more than any payments from the West.

Yet despite all these “injustices, these deceptions, and the open plundering of Russia”, Ukraine had turned into an anti-Russia. According to Putin, NATO is pushing into Ukraine, constituent a threat to Russian national security. Accordingly, Russia had to act now.

The politics of official Russian history did not suddenly become imperialist last year. The fact that Putin also refers to the achievements of the Soviet Union in the fight against fascism should not prevent leftists from peering behind the facade. Alongside critiques of European or Ukrainian historical politics, the Left also needs to put forward a critical analysis of the official Russian politics of history, although it should not be equated with the culture of remembrance in Russian society as whole. Nevertheless, the politics of history is used by the current government to legitimize aggressive state action and intensify conflicts.

Will the End of Negotiations Mean the Beginning of New Hostilities?

When taking in all of these negotiations and rhetoric, one thing must not be forgotten: there are people living in the conflict zone who have suffered directly during the eight years of warfare. Over the last few days, the OSCE monitoring mission has recorded a sharp increase in ceasefire violations — or, in less technical terms, exchanges of fire at the border and shelling of civilian facilities. A glimpse at the map shows that the conflict line does not run through a no-man’s land, but rather through densely populated areas and major cities. This means that any escalation can also lead to civilian casualties, as it already has in recent days. De-escalation is therefore urgently needed in the interests of the people on the ground, who have become the plaything of high politics.

Whether a further escalation is in the cards remains unclear. After Putin’s speech, some analysts, as well as left-wing observers from both Russia as well as Ukraine, were still puzzling over whether recognition of the separatist republics would also include the parts of the Donetsk and Luhansk regions under Ukrainian control. On Tuesday evening, Putin clarified that the recognition of the separatist republics includes not only the territory de facto under separatist control, but also the entire Donetsk and Luhansk territories.

Ukraine has not yet reacted militarily to Russia’s recognition of the separatist republics and the announcement of troop deployments. There has been a call-up of reservists in Ukraine, but no offensive. In his first address to the nation after Putin’s announcement, Zelensky took the position that the conflict could only be resolved from the Ukrainian side by peaceful means.

It remains to be seen whether he can maintain this de-escalating position given the pressure he faces from the nationalist opposition. Ukraine’s Western partners should back Zelensky in this course, for example by offering a reconstruction programmes for the regions controlled by the Ukrainian government or further economic aid. These should be conditional on not reacting violently to the recognition of the separatist republics.

What about the Left?

The Left in Ukraine has long found itself in a defensive stance. The national grand narrative in Ukraine has been blatantly nationalist and anti-communist since 2014. The “decommunization” law passed in 2015 bans public references to many historical left-wing models and symbols, and quite a few streets have been renamed. The Left is also publicly derided as pro-Russian.

At the same time, left-wing and progressive forces in Ukraine are trying to argue for a critical and differentiated perception of Ukrainian history. The left-wing organization Socialnyj Ruch called for de-escalation in the current conflict. Taras Bilous, one of its members, for example, suggested sending UN peacekeepers to the conflict region. It is to be feared that with further escalation, the nationalist and extreme right-wing forces will gain even greater support. Their positions do not reflect majority opinion in Ukraine, but they are a vocal part of civil society that repeatedly puts pressure on the government by organizing street protests.

The further strengthening of the Right due to the current escalation also limits the space for the Left to address social issues — although that is now more necessary than ever. The material situation of the people in both Ukraine and Russia will deteriorate, as has already become apparent in Ukraine in recent weeks. The fear of war is weighing on society as a whole. Foreign investments are staying away and the Ukrainian currency, the hryvnia, is dipping in value, which in turn cuts into Ukrainians’ purchasing power. The same is true in Russia, where the rouble exchange rate plummeted following the recognition of the separatist republics, fuelling already-high inflation in the country.

The next few days will reveal whether at least a further escalation can be avoided. That there will be a freeze in the conflict has become unlikely due to Russia’s recognition of the entire territories of the Donetsk and Luhansk oblasts as belonging to the territory of the separatist republics. Moreover, negotiations between the US and Russia, such as the meeting between Secretary of State Blinken and his Russian counterpart Lavrov scheduled for this Thursday in Geneva, have been cancelled.

A peaceful settlement of the conflict in eastern Ukraine and a security architecture in Europe accepted by all sides are now an increasingly distant prospect. For the people on the ground, it is to be hoped that there will at least be no further military escalation in this war that has lasted for eight years and already claimed thousands of victims. 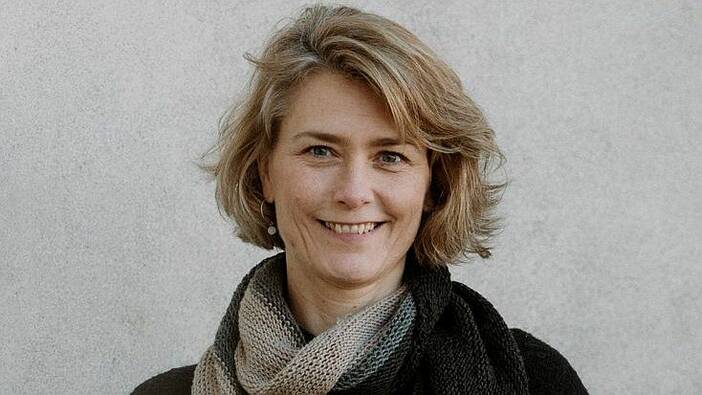 Duroyan Fertl interviews Christine Lundgaard about the war in Ukraine