Over the last few days, thousands of protests against the war in Ukraine took place around the world. This fact has prompted many Western observers to openly wonder why there have not been similar protests in Russia itself. Do Russians really support the military invasion of Ukraine?

Since the major protests of 2011­–2012 in Russia, measures have been taken to restrict the right of citizens to protest. The procedure for approving a public event has become more complicated, the list of places for legal protest has been limited, fines for participants of uncoordinated rallies and responsibility for organizing them have sharply increased.[1]

It is thus important to stress that all the recent large-scale, all-Russian protests have not been coordinated with the authorities. These were popular gatherings, walks in the city centres, and they all ended with mass detentions and, often, criminal cases being filed against individual participants.

Furthermore, over the past year, the most influential organizations in the Russian protest community were almost entirely demobilized. Of course, we are talking about Alexei Navalny’s Anti-Corruption Foundation (FBK) and related structures. Although opinions of this structure were quite mixed in the Russian protest movement, it must be acknowledged that the activities of the FBK as a structure played a big role in organization. Given that protest organizers bear even greater legal responsibility than ordinary participants, and a person can be identified as a “protest organizer” for encouraging people to take part in a rally on social networks, it is quite understandable why the recent protests were small. At the moment, there are too few forces ready to take responsibility for organizing a protest — especially since many associate this protest with treason to the motherland.

Nevertheless, in St. Petersburg, where the protest was the biggest, the Vesna Movement has now emerged. Its website states, “Vesna is young active citizens of Russia united by the values of freedom and equality.” The movement’s website publishes the most up-to-date information about the dates and times of the actions. Naturally, it is dangerous, but apparently the members of are aware of the risks.

Besides public protest, there have long been other tactics of resistance in Russia. The more complicated the process of coordinating public events became, the more creative was the response that civil society came up with to get around these prohibitions. Now people are sharing information on social networks, distributing hundreds of photos with leaflets, or writing graffiti and inscriptions on their clothes and masks. They put up anti-war stickers in Russian cities in the most unexpected places.

The purpose of these actions is a direct dialogue. For example, the manifesto of the Feminist Anti-War Resistance says, “We have styled our appeal against the war to look like viral ‘letters of happiness’. Forward a letter with a picture in WhatsApp to your older relatives, share it to the chats of district groups and to groups in Odnoklassniki. This action is not irony or mockery, take it seriously, it can have a truly viral and informative effect if we try.”

For example, sociologist Grigory Yudin, who was detained on Pushkin Square on 24 February, writes that people in Russia tend to stay away from politics. And in a war, when it is very difficult to critically evaluate the information and not give in to emotions, people tend to rely more on their government, since war in any country is a time of unity and “doubting the justification of the war waged by your country is always very hard”.

Many Russians recall the early 1990s, when the country and social order familiar to them fell apart before their eyes. Few ordinary citizens expected such a development. Despite reports from the Western press about the dispatching of troops to the Ukrainian border, Russian television reported that this was a provocation, insisting that the West did not want to compromise to ensure security along the border. We should also not forget the longstanding confrontation between Russia and NATO, which is now the main legitimization of what is happening.

This does not justify the actions of the Russian side, but it must be taken into account when analyzing the views of Russian society. Language shapes our perception: in Russia, what is happening is not called a war, but a “special operation”. According to the latest poll from the state-controlled Russian Public Opinion Research Centre (VCIOM), 68 percent of Russians tend to support the so-called ”special operation”. At the same time, 26 percent of respondents believe that the goal of the campaign is “to protect the Russian-speaking population of the Donetsk People’s Republic and the Lugansk People’s Republic, one in five said that the goal of the operation is to prevent the deployment of NATO military bases on the territory of Ukraine, and the same proportion believe that the operation is being carried out in order to achieve demilitarization in Ukraine. But according to the same data, every fifth respondent (22 percent) opposes the special operation. However, we do not know how people would have responded if the interviewer had labelled these actions a war. I believe the share of opponents would have been much higher.

Ordinary Russians have always been afraid of shocks, as the country very often found itself at the epicentre of such events. Therefore, on 24 February, instead of heading to the squares, most citizens lined up at ATMs and pharmacies. They have developed the habit since the collapse of the USSR and have practiced it many times over the past 30 years. This itself also constitutes a kind of answer — people do not feel confident about the future, they do not trust what is happening.

According to resource mobilization theory, in order to organize a successful social campaign, participants need to believe in their ability to make changes. This faith among civil society in Russia has long been undermined, meaning that those who go out to protest openly today are very brave people who take great risks. Alas, the situation of military aggression cannot now be resolved on the squares, no matter how much we would like to. The military and state have too many resources to suppress. It is impossible to demand from ordinary people in Russia to do what even Western sanctions are not capable of.

It is to be hoped that the parties will come to some kind of compromise and give each other security guarantees, and that — not by building up military power and indulging in the language of realpolitik, but by moving towards the world community — Russia and its people may yet avoid becoming permanent outcasts, fenced off by a new Iron Curtain.

In solidarity with the people of Ukraine,

An anonymous voice from Russia

[1] Enforcement of Article 20.2 of the Code of Administrative Offenses of the Russian Federation expanded — the text of the article quadrupled, and the minimum fine for violating the rules around public gatherings increased from 500 to 10,000 roubles for an ordinary rally participant. The Code was amended by articles on the involvement of minors in uncoordinated actions; a series of single pickets began to be equated with a public gathering, the term “hidden form of a public gathering” appeared in judicial practice; Article 212.1 providing for real terms of imprisonment for repeated violation of regulations on public gatherings was included and nicknamed the “Dadinsky Article” in honour of Ildar Dadin, who was the first to be convicted under it. At the same time, “Hyde Park”-style free speech zones, which allow public events (rallies and pickets) of up to 100 people to be held without prior authorization from the municipal administration have not been implemented across the country, despite the government’s promises[1]. According to the joint report of the Memorial Human Rights and OVD-Info (a project of Memorial), regulations on public gatherings are being tightened: it is becoming increasingly difficult to obtain permission to hold a political action, regional authorities often refuse to permit public gatherings citing formal reasons, while it is noted that the state does not accept political actions that were not approved, even if they were peaceful and did not cause harm. 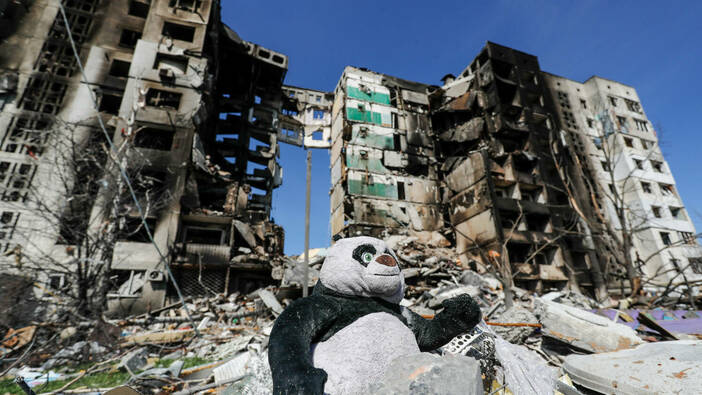