The paradox persists: the surplus, or “rent” accrued by the Algerian state from natural gas and oil is not large enough to finance a social model analogous to that of the Gulf States, in which oil rents ensure the mass of the local population enjoys a comparatively high standard of living. Yet, it is so high that it prevents the other sectors of production from competing — not only on the world market, but especially on the domestic market, through favourable exports.

Hartmut Elsenhans is Professor Emeritus of International Relations at Leipzig University. His most recent book is Capitalism, Development and the Empowerment of Labour: A Heterodox Political Economy (Routledge, 2022).

The use of rent to overcome “underdevelopment” has been the core question confronting Algerian society practically since independence. Hydrocarbons — primarily natural gas — represented 95 percent of Algeria’s exports, 24 percent of its gross national product, and 45 percent of government revenues in 2017, according to the latest Algerian Statistical Yearbook.

In its effort to consolidate a political base among the Algerian Muslim population through economic uplift, French policy during the Algerian War developed a concept of economic growth unprecedented in the entire decolonization debate. The French derived an investment plan from projections of what the structure of the Algerian economy ought to look like. Subsidies to investors were to be used to gradually condense inter-industrial linkages until the projected industrial structure was realized.

When independence came in 1962, authorities adopted essential elements of French economic planning from the final phase of the Algerian War. Coordinated investments, which were difficult to continue administratively, were replaced by the concept of “industrialization industries”. Large-scale economic projects designed to generate further investment through the demand for primary products and services and the production of intermediate products for other industries were heavily emphasized.

Once the French export market was decoupled, the domestic market became decisive for such upstream and downstream investments. Here, it was true that especially when technological competencies were still low — as was true for most of the Algerian economy — an egalitarian distribution of consumer demand had to be an important element of the overall strategy.

In my close relationship with Algeria, which has lasted more than 50 years, I have been involved with the problem of rent utilization in three ways. I was an early advocate of the gradual restructuring of demand to mass consumption. The majority of my Algerian colleagues, even under the influence of the Marxist theory of the non-capitalist path of development, viewed the restriction of mass consumption and a maximization of investment as the best way to overcome poverty and dependency. When it came to prioritizing accumulation of all available resources, Marxists found themselves in agreement with the neoclassical economic mainstream and semi-critical theories of economic modernization theories.

For industrial production, however, productivity is related to series sizes. The more equal the income distribution, the more people demand a small range of goods. The demand for luxury goods, whose local production causes high unit costs due to small series sizes, is reduced. The mass of consumers generally demand less complex goods that can be produced with simple technology, which in turn can be produced locally step-by-step and offers an entry into local machine production.

Against the aforementioned priority of accumulation of all resources, on the other hand, I proposed a specific accumulation aimed at local production of capital goods, which required supplemental income redistribution in favour of the broad population and for the gradual increase of mass consumption.

A second relationship then developed. I had the rare good fortune to be able to test my theories in Algeria with the help of the Algerian Ministry of Planning. The Algerian ambassador to Germany in the 1970s, Ali Oubouzar, had noticed my work and had confidence in me, and even allowed me to accompany the German translation of the Algerian National Charter of 1976 and complement it with a thoroughly critical preface on the Algerian state class.

Accredited by the state as a researcher, I examined 250 small and medium-sized enterprises in the greater Algiers area with Algerian and German collaborators. These data could be matched with household demand, for which the Algerian official statistics regularly requested data. Once the final consumer demand of the different income strata was known, the tableau of inter-industry relations could be used to derive further demand for intermediate and capital goods, which could be linked to our data on production capacities and the equipment and purchases of our small and medium-sized enterprises.

The result showed that a distribution like in Norway mainly strengthened products such as processed food, textiles, simple household appliances, health and hygiene products, and public transport, while demand for electrical household appliances, furniture, and cars declined massively. Although the Algerian household consumption surveys did not distinguish between qualities of products, the sectors where growth was observed showed that our hypothesis was true — increases in mass incomes promoted growth.

Further simulations revealed the expected increase in demand for products in the mechanical and metalworking industries, i.e. in the core of the machinery sector. In the event of a reduction in imports, this was where the major growth potential lay. To exploit them, it would have been necessary to rely on standard technologies that could be manufactured locally, such as standard lathes, which were to be supplied by a local machine tool industry that was to be built up.

The prerequisite would have been comprehensive state economic planning that accepted the value of adapted technology as an entry point for local machine tool production and the expansion of mass demand as its economic basis. Such a valorization of demand proved unfeasible for both Marxist and neoclassical approaches, as the latter modelled growth as a function of capital accumulation.

Lacking local skills in technology production, high-tech imports remained “isolated”. Turnkey factories emerged that the local workforce could not master technically, increasing dependence on these factories’ foreign suppliers. Intended linkages with other production facilities could not be realized when promised production goals were not met. Without the expected supplies, the only way out was to import more.

Within the dominant political structure, the Algerian state class struggled over evaluations of economic failures and scarce investment resources to compensate for them. Targets for investment spending were met, but production goals were missed on a grand scale. The planning process ended in chaos, partly because market forces were neglected where they could have generated private investment.

Liberalization and Its Consequences

The reorientation of Algerian economic policy that began in the early 1980s caused the industrial enterprises built up during the planning phase to decay to a large extent. Algerian economic policy went through a series of liberalization measures, at the end of which a number of state-owned enterprises were protected externally (high tariffs, import monopolies), but no longer fitted into an industrial structure that could be achieved through planning. Discontent among the broad mass of the population was deflected through a relatively large dispersion of pensions.

Given Algeria’s massive dependence on imports, the exchange rate determined the distributed pensions’ real purchasing power. A high exchange rate promised a great deal of consumption and was therefore shared by the vast majority of the Algerian population. What was not seen was that, for the rest of the Algerian economy outside the oil and gas sector, a high exchange rate meant that it could not become competitive at all on the Algerian domestic market. This was especially true for Algerian industry, which was still weak.

The issue in what was now the last — and third — disagreement with my Algerian colleagues and friends was the external value of the Algerian currency. At a conference in 2009, to which the Algerian parliamentary speaker had invited a total of four foreign scholars, I argued, to the horror of the parliamentarians and business leaders present, that in light of the obvious weakness of Algeria’s administrative planning capacities and the undeniable moral decline of the Algerian state class (corruption), the disciplining effect of the market was an indispensable prerequisite for economic recovery.

The market could have this disciplining effect only if the exchange rate corresponded to Algerian industrial productivity. Then, a state industrial policy would promise success in building up the goals of an independent and locally networked industry envisioned in the earlier plans. It was not a question of dominating the market, but of using it to deploy limited administrative capacities all the more effectively.

With a high exchange rate, many Algerians try to use their purchasing power, which is high in international currency, to import by “circumventing” counteracting tariffs. Algeria became a country where many viewed the fraud of the state as an acceptable, even justified procedure to increase wealth.

A realistic devaluation, on the other hand, would have resulted in a decline in the prosperity of the middle class in particular, but would have created investment opportunities on the domestic market for the substitution of previously imported products. The middle class, which is by no means a dynamic bourgeoisie, would have split. In light of the new investment opportunities, some would have become small and medium-sized entrepreneurs who would have recaptured the domestic market and, at realistic exchange rates, could have taken the Asian path of export orientation from there, since one of the most important markets for processed products from the Global South is right at their doorstep. Those among the middle class who would not have chosen this path would have had to reckon with becoming impoverished.

Determining which products to prioritize in local production to combat inflation following devaluation would be easy from the current demand patterns of poorer households in Algeria. It would be more difficult to determine the adapted technologies that would have to be produced locally for greater technological independence. Even in our study, which took place decades ago, Algerian small and medium-sized enterprises had no knowledge of even slightly simpler technologies that could be produced locally.

Together with the Marburg professor and political scientist Rachid Ouaissa, we were able to introduce the proposal of devaluing the currency as a prerequisite for regaining the domestic market into the discussions in connection with the Hirak movement. However, the latter’s refusal to develop a transformation strategy with respect to the economy prevented further discussion. One of the most important reasons for the failure of the Hirak is its inability to offer alternative, non-rents-based visions of Algerian society’s future. 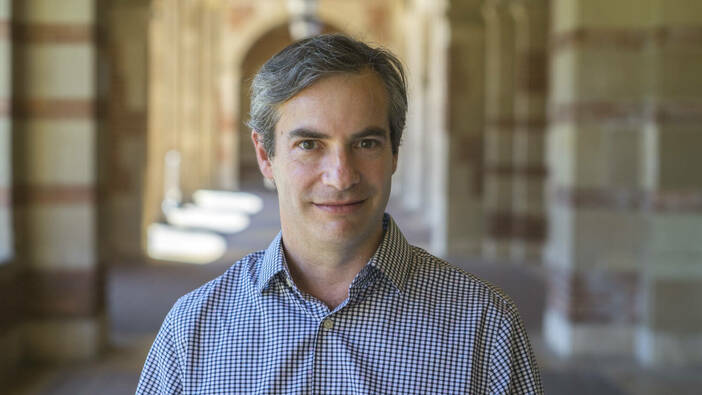 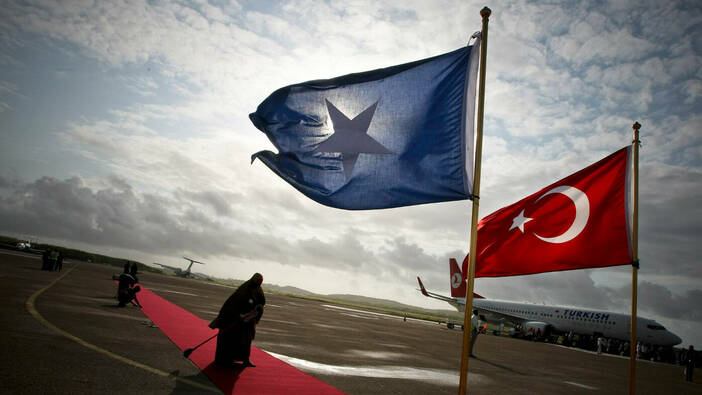 How Turkey grows its soft power in North Africa and beyond