Snap parliamentary elections were held in Slovenia on 3 June. Only 52 per cent of 1.7 million eligible voters cast a vote, electing a new parliament that now consists of nine different parties. The election’s clear winner is the right-populist Slovenian Democratic Party (SDS), which will be represented in the new 90-person parliament with 25 seats. At the same time, the parties of the centre left – the Social Democrats, the new list led by Marjan Šarec (LMŠ) as well as the list of previous Prime Minister Alenka Bratušek – together with the socialist Levica party (The Left) received significantly more than 30 percent of the vote. The liberal Party of the Modern Centre (SMC), the strongest party in 2014, suffered massive losses and will only have ten seats in the new parliament.

Though elections were scheduled for summer 2018 either way, Slovenians ended up voting on Sunday, 3 June, after Prime Minister Miro Cerar resigned. The country’s Supreme Court had recently found him guilty of influencing a referendum on a billion euro railway project in September 2017 with illegal state financing. Cerar had already been under pressure for some time both within his own coalition as well as from the trade unions, which had been striking to win wage raises in the civil service.

Cerar founded his Party of the Modern Centre (SMC) in 2014 shortly before the last election, and received 34.5 percent of the votes. He subsequently established a coalition together with the conservative pensioners’ party DeSUS and the Social Democrats, who had received their worst result in history with 5.98 percent. Cerar’s rapid rise, however, was followed by a massive collapse in the most recent election. While Cerar still represented a “fresh face” four years ago, able to excite voters with his anti-corruption campaign, they soon sobered up. Not least because his government proved unable to push through improvements in social standards and wage levels and thereby make the positive economic developments in the country palpable for the wider population. Health care quality and years-long wage stagnation were thus central topics during the election.

The left-of-centre parties proved particularly capable of exploiting these questions, such as the eco-socialist party Levica (The Left), which were only polling five percent at the beginning of the year. With a campaign focused on fighting poverty, improving workers’ rights, affordable housing, stopping privatizations and thus a break with neoliberalism, the party increased its result significantly: in 2014, the party coalition Združena Levica (ZL, United Left) consisting of the Initiative for Democratic Socialism (IDS), the Party for Sustainable Development (TRS) and the Democratic Workers’ Party (DSD) received 5.97 percent the first time it contested elections. In the most recent election, the Levica party which emerged from this coalition received 9.29 percent of the vote and thus nine seats. The capital city of Ljubljana and the port city Koper were particularly favourable for Levica: in five electoral districts in Ljubljana and two in Koper, it even became the strongest party.

The Social Democrats were also able to improve their result significantly, winning 9.92 percent and finishing before the former governing party SMC, which only received 9.75 percent of the vote. The political newcomer and second winner of the election, however, was Marjan Šarec, whose List Marjan Šarec (LMŠ) won 12.66 percent of the votes and thus 13 seats. Šarec, mayor of the city Kamnik and a former comedian, lost a tight presidential race last year to governing president Borut Pahor, marking a moral victory. Until late April, opinion polls suggested that Marjan Šarec could win the election outright, until the the rapid rise of SDS intervened.

The second-strongest force in parliament with 20.7 percent until now, the right-populist Slovenian Democratic Party led by Janez Janšawas able to rapidly increase its support in the polls in recent weeks. This was not least a result of a campaign strongly reminiscent of that of Viktor Orbán two months earlier: leading candidate Janšapromised to dry up the “bureaucratic swamp” of the political elite and protect Slovenia and Europe from illegal immigration: “No migrants means a safe Slovenia” he declared in a campaign debate, praising Hungary as a model. The SDS was openly supported by Orbán in its campaign, who, among other things, appeared at election rallies. Moreover, Janša’s campaign was supported by Hungarian media companies’ investments in a TV station and a newspaper that strongly supports SDS to the tune of two million euro.

SDS’s stunning victory suggests that right-populist parties in Europe can continue to win support with campaigns against migrants, multi-culturalism and the political elites – similar to in neighbouring countries Austria, Italy and Hungary. At the same time, Viktor Orbán’s open support for the SDS election campaign was heavily criticized in the Slovenian public sphere. Resistance to an alliance between Janša and Orbán and the looming rightward shift ultimately helped to improve the left’s electoral result.

Despite his electoral victory, it is by no means clear that Janša will become the premier of an SDS-led government. For other than the Christian-conservative Party of New Slovenia (NSi, 7.13 percent, 7 seats) and the right-wing extremist Slovenian National Party (SNS, 4.2 percent, 4 seats), all other parties rejected the notion of entering a coalition with him before the election. This concludes the liberal party led by Alenka Bratušek (5.12 percent, 5 seats) and the pensioners’ party DeSUS (4.91 percent, 4 seats), which has participated in all previous governments. Because SDS would need at least two more parties to form a government, it is thus quite possible that an SDS-led government will not come to pass. This would then mean the second-place party, LMŠ, will be tasked with forming a coalition. However, at least for more parties would have to agree in order to establish the necessary parliamentary majority. Slovenia is thus very likely to face months and months of coalition negotiations and, should they fail, probably another round of snap elections. 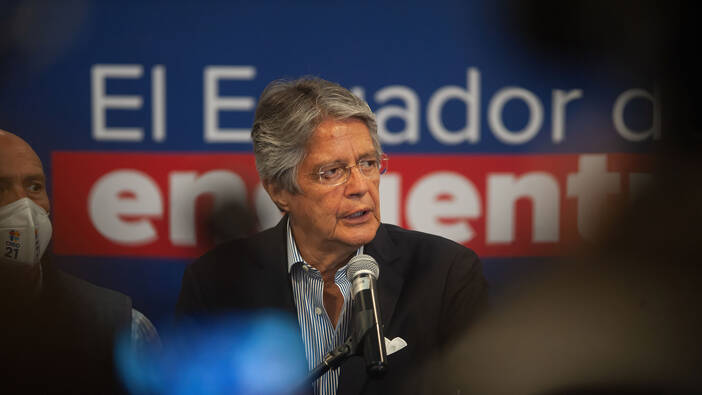 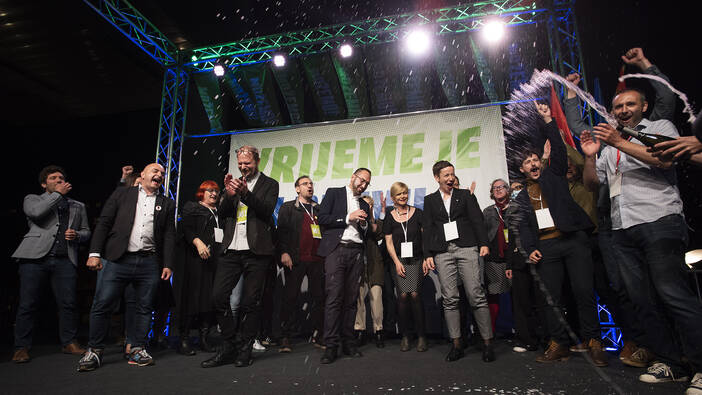 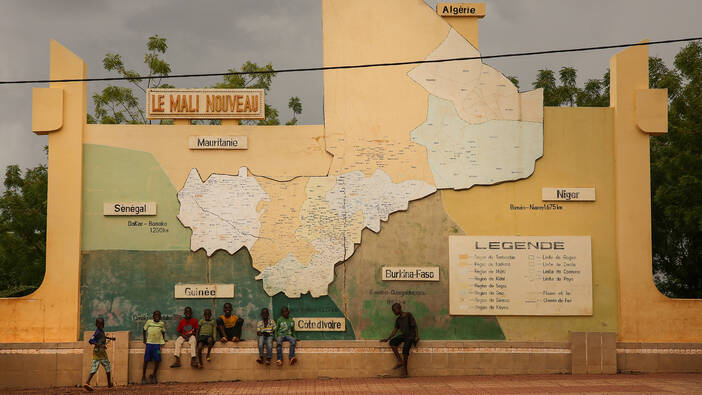