Sixteen harvest workers from Africa, known as irregolari, lost their lives in two serious car accidents within days of each other in Apulia. Like many others, the undocumented refugees were working in agriculture. “Our colleagues died after a day spent breaking their backs picking tomatoes from the crack of dawn”, the Unione Sindacale di Base (Grassroots Workers’ Union, USB) lamented following one of the deadly accidents. “A truck laden with tomatoes crashed into them as they were heading back to their huts.” Regarding the other accident, reports say: a “van completely overfilled with 15 people ran into a truck and overturned multiple times.”

A few days later a funeral march composed of a few hundred migrant farm workers and their supporters made its way through the regional capital Foggia. The Frankfurter Allgemeine newspaper reported that they were demanding “better working and living conditions as well as security, rights and dignity regardless of skin colour and origin”. Unions called for a strike “against the system, particularly common in Apulia, of modern slavery in agriculture”.

In Italy this is also connected to a system called caporalato, as well as the influence of the Mafia and racism. In the province of Foggia alone, in addition to the approximately 630,000 inhabitants there are around 50,000 harvest workers with proper work contracts – and according to estimates approximately an additional 80,000 day labourers, most of them migrants. Every morning they are signed on by recruiters known as caporali. The caporali organise transport to the fields in return for money deducted from the harvest workers’ pay.

These spotlights on three example countries were assembled by the editors of maldekstra and first appeared in maldekstra #1.

For the approximately two tonnes of tomatoes that observers estimate can be picked in a 12-hour shift, workers receive between 20 and 25 euro. But this is not what is paid out. From these already tiny wages, five euro go to the caporali for transport and other deductions are made for meals and drinking water. The migrants from the ghetti – slums – are a long way from earning the official minimum wage.

The system is said to be closely connected to organized crime. “The Mafia is pulling the strings, controlling transport, sales, and the organisation of the exploited workers”, Focus magazine reported, citing a report by the Coldiretti farmers’ union: “The Mafia is active throughout the entire production chain, from production through to transport, distribution and sales.”

Trade union federations estimate the turnover of the caporalato system at around five billion euro per year, with withheld taxes and unpaid social benefits amounting to almost two billion annually. The system, to which resistance is growing, operates all over Italy. In Calabria and Sicily, it dominates the exploitation involved in the harvest of citrus fruits, in Piedmont it is the grape harvest, in Apulia tomato picking. In many places the agriculture sector would not even function any more without foreign harvest workers. At the same time, right-wing parties are waging an ever more aggressive offensive against migrants.

In Calabria in June 2018, Soumayla Sacko was shot while trying to collect sheet metal for the notorious harvest workers’ slum from an abandoned factory with friends. Following the murder, 5,000 people took to the streets in Milan to protest against racism, as the violence against Sacko was seen as connected with right-wing race-baiting. The married father of a little daughter was an activist for the USB, which called for a protest strike after his death, a call also taken up by other organisations.

After the deadly accidents in August, the USB described how in images of the accident site, “among crushed tomatoes, red caps could be seen”, caps that the union “had handed out to the workers as sun protection and also to show that they are not alone”. Other union organizations such as the SI Cobas (Council of Italian Trade Unions), founded in 2010, have denounced the slavery in the fields, but not only there. “Most migrants who have come to Italy in recent years”, spokesperson Aldo Milano reported in September in the newspaper analyse & kritik, have to “do the hardest work and are the worst paid.”

A 52-year-old Romanian man died of a heart attack while harvesting vegetables in the fields. His employer, according to media reports one of the largest vegetable growers in the Tyrol, hid the fatality from the Federal Ministry of Agriculture and Forestry inspectors.

Such reporting is mandatory according to agricultural labour law. The Tyrol Chamber of Agricultural Labour later complained that no investigation into the death was held. Harvest labour is hard work, and during heatwaves a lack of water and other necessities can in the worst cases lead to death, Günter Mösl was quoted as saying on Austrian television. The public body offers help to employees in the agricultural sector; it can arrange inspections and take preventative measures.

Provided, that is, that they are informed about accidents like the death of the Romanian harvest worker in the first place. Bernhard Höfler from the Austrian Produktionsgewerkschaft (Production Union) referred to anonymously provided details about excessive heat and unpaid work. “We can’t know whether the death had anything to do with hard work or heat or not,” says Sónia Melo from Sezioneri.

The Sezioneri campaign sticks up for the rights of agricultural workers in Austria. But even obtaining detailed information proves difficult. “We can’t even find out his name”, Melo lamented in an interview with the left-wing blog mosaik.at. Colleagues of the deceased, whose body was taken back to Romania by his family, don’t want to offer any details. Melo says she thinks “they are worried that farmers could use that against them. They don’t want to risk their jobs. It’s a really common problem.”

The farm where the Romanian man died was the site of a significant struggle for harvest workers’ rights in 2013. It is not necessarily the number of striking workers that is significant here, but the fact that there even was an action at all: such organizing is more difficult with seasonal workers than in factories.

Sorin Oprişiu not only participated in the 2013 strike, he was one of the initiators. Around 70 harvest labourers demanded the payment of outstanding wages and improvements to their terrible working conditions. “In hindsight I’m ashamed that I put up with things for so long there”, Oprişiu said in an interview for a book published in Austria on union organizing in migrant agricultural work. He “worked between 350 and 420 hours per month, and received no overtime, no holiday pay, and no Christmas bonus. We had to pay for everything ourselves: for the tools, for lodgings, for our food, for our washing... everything.” He received 2,000 euros, “but I had to work 400 hours for it”.

The vegetable grower that employed Oprişiu “got rich because he totally exploited us”. The harvest labourers were long aware of this, but it took a long time for them to start protesting against it. It was clear to all that the company “was getting rich at our expense and at the expense of our rights, but we simply repressed the fact.” But finally people banded together: “United we felt strong.”

That there were protests at all in 2013 was only possible, Melo says, because the Romanians and Serbs “had worked there for years and a group dynamic had developed. The company responded by employing the majority of the workforce only on short-term contracts. “That makes our work of building trust and explaining to workers what their rights are extremely difficult.” On other farms the situation “has gotten better. But not on all of them and not much better.”

In September the ORF broadcast network reported on the case again, and this time the grower wanted to file a complaint against the coverage. “We are pretty relaxed about the possibility of legal proceedings, because since 2011 we have been able to prove that the business in question has breached regulations regarding workers’ rights and in some cases continues to do so”, says Bernard Höfler from the Produktionsgewerkschaft, which provides legal assistance. If they want a trial, they “can have one”. In the meantime the union has discovered the identity of the deceased: he was 48 years old and the father of three children.

Dozens of women harvest workers have spoken out, publicly announcing how they were sexually harassed or raped by their supervisors. Many more speak of their experiences of physical violence and threats. Thanks to this research, the news website BuzzFeed was able to show for the first time “how serious and widespread sexual violence against women harvest workers is in Mediterranean agriculture”.

Over 100 women harvest workers in Spain, but also Morocco and Italy were interviewed, as well as many academics, unionists, social workers, priests, and human rights activists. “It sheds a light on wage theft, abysmal conditions and sexual assault”,the Tagesspiegel said of the report, which was prepared in collaboration with the non-profit research centre Correctiv. Hardly any of the women pressed charges: “the women mainly keep quiet. They are worried about losing their jobs.” And the research also shows “that alleged perpetrators almost always get away with it, that local unions and police, as well as the relevant authorities in Spain, are not doing enough to protect these women.”

At the start of July, hundreds of women harvest workers demonstrated in the streets of the southern Spanish town Huelva, which is surrounded by Europe’s largest strawberry fields. A significant portion of what is harvested here in appalling conditions ends up on supermarket shelves in Germany. The protest march calls for an end to slavery and for more rights for pickers. According to reports, at least 15,000 women from Morocco alone work in the region’s strawberry fields. Here the daily wage is around 40 euro before deductions, according to collective agreements. That is much more than people earn on farms in Morocco, but the real wage is mostly lower than those agreements.

“The worst exploitation of agricultural labour in the whole of Andalusia is taking place in Huelva,” José Antonio Brazo Regalado from the Andalusian Workers’ Union (SOC-SAT) is quoted as saying. “It is slavery.” The union is also active in the Almería region, where vegetables are grown on a large scale and where also the majority of migrants who are employed as agricultural labourers work. They make up more than 90 per cent of the workforce in the greenhouses, most of them from Morocco, many also from sub-Saharan Africa, Eastern Europe and Latin America. Approximately a quarter of the vegetables consumed in West and Central Europe are grown here in Andalusia.

In the book published by the Sezonieri campaign, Sara El Guoual, another activist with SOC-SAT, also spoke of successes in the organizing of migrant agricultural workers. For example, the case of an organic vegetable wholesaler, where after protracted struggles permanent positions were implemented and redundancy payments won. The women workers now receive the wages owed to them, and one month paid vacation. “They are also treated better,” Sara El Guoual says. This also applies to the possibility of holding union meetings in the workplace.

El Guoual also knows what kinds of alliances need to be formed. “We want to take the conflict into the countries where the food we produce here is sold,” she says. Consumers in Europe need to “take up the issue, so that the supermarkets feel pressured to act.”

Practical global solidarity helps, too. For example the Berlin Interbrigadas association supports the work done by SOC-SAT. It is a matter of standing by those “fighting against the enormous social, economic and racist pressures on agricultural day labourers.” The Interbrigadas say that this is not just about an isolated conflict. The SOC-SAT is active right where “the global as well as inter-societal disparities of our time are most intensively reflected, and we in Europe cannot simply shirk our share of responsibility in this." 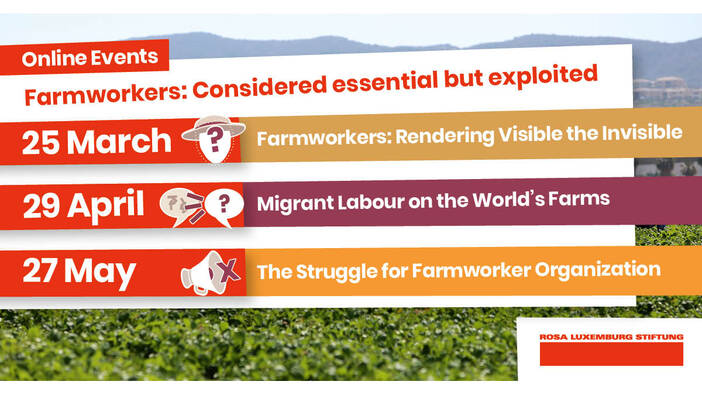 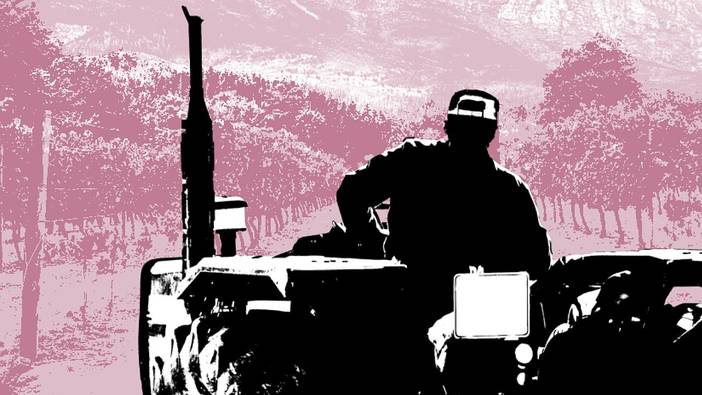 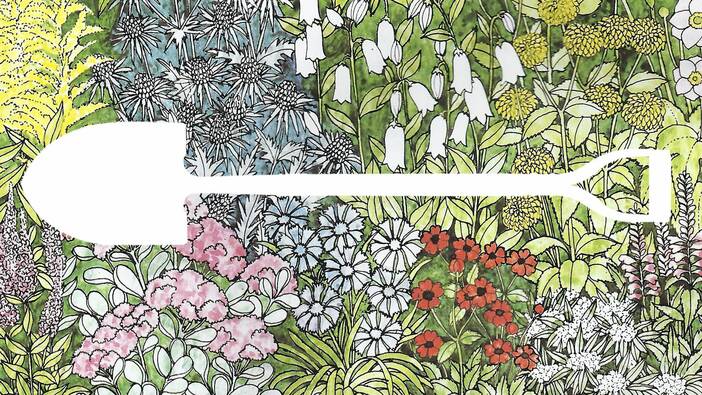