The Historical-Critical Dictionary of Marxism (HCDM) is a comprehensive Marxist lexicon which, upon completion, will span 15 volumes and over 1,500 entries. Of the nine volumes published so far in the original German, two volumes have been published in Chinese since 2017. In 2019, the Rosa-Luxemburg-Stiftung teamed up with the HCDM team to advance its "globalization" into English and Spanish, with the ultimate aim of recruiting a new generation of Marxist scholars from around the globe to the project and expanding its readership and reach. The below entry is one of a selection of these translations that are made available on our website.

For more information about the project and other translated entries, check out our HCDM dossier.

The ideology and political stance of A is based on recognition of the right of all peoples to dispose of an independent state that participates in the state system with other states on the basis of legal equality. This right is new: as a universal right, it was not declared until 1945, on the occasion of the United Nations being founded. Its recognition implies that various types of units – designated as nations, ethnic groups, peoples etc. – are recognised as numbering among those historical actors who are capable of expressing a common will. Thus the debate requires stipulating the criteria according to which collective units are accorded the right to self-determination; it also requires specifying the conditions a people needs to meet in order to be able to respect the rules of the international state system.

Oppression of ethnic, linguistic or religious groups goes back to the earliest times of antiquity, regardless of whether the group in question constitutes the totality of a people or a minority within a people. Rome provides a familiar example. While oppression is often closely linked to one or another form of labour exploitation, it nevertheless represents a phenomenon in its own right, which at times can even exist independently of exploitation. Yet by comparison to economic theory and the theory of labour exploitation, the theory of oppression is still in its early stages of development – as is the theory of politics, and of power in general.

The development of the capitalist world system has been based, since its mercantilist origins in the 17th cent., on a massive expansion of the fact of colonialism, which assumes five different forms, each with its own specific functions: 1. The colonies based on European resettlement – be it in unpopulated or scarcely populated areas, be it by means of the extermination of the local population (New England and Canada, and later South Africa, Australia, and New Zealand) – are the product of an immense migratory movement, caused by capitalist development in Europe, which drives poor peasants off the land. The emigrants recreate a system of simple commodity production that is free of all feudal fetters. Animated by an anticolonialist ideology, of which the American Revolution represents the finest example, the colonists quickly take up the struggle for independence and against the metropoles. 2. In certain areas of Latin America, the decimated, but not fully exterminated populations are subjected, by Atlantic mercantilism, to a form of exploitation that targets first natural resources, and then agriculture. In such cases (e.g. Brazil), the anticolonialist independence movement emerging at the beginning of the 19th cent. is associated with the local ruling classes, which are of Iberian origin (Creoles). The movement, which opposes the monopolies of the declining metropoles, is supported by Great Britain, the ascending power within the capitalist system. 3. A third form of colonisation is represented by the actual colonies of this period, whose significance derives from the extraction of surplus value via the exploitation of slaves (the Antilles, the US South, northeastern Brazil). Here, A assumes the form of a violent slave uprising, Haiti during the French Revolution being the most prominent example. 4. The colonisation of Asia's large populated territories (India, Indonesia, and the Philippines) only integrates with the new capitalist system following the industrial revolution, becoming, in the 19th cent., both a source of agricultural resources and a sales market for the manufacturing industries of the metropoles. 5. Finally, control of the seas allows England (and, in a subordinate position, France) to establish a global web of maritime commercial centres. The General Act of the Berlin Conference (1884/85) is the prelude to a new wave of colonial conquest, leading, after a number of years, to the division of Africa. At the same time, the Asian states (China, Persia, the Ottoman Empire) are reduced, de facto, to the status of >semi-colonies<. This is when the modern colonialist ideology emerges, attempting to justify itself by reference to the West's >civilising mission<.

The counterattack by the victims of the imperial system is not long in coming. As early as the end of the 19th cent., we see the development of national liberation movements that act as the anti-imperialist and domestic agents of social and political reform. This movement provides the link to modern A, which leads, after the Second World War, first to recognition of the law of nations and then, following the Bandung Conference (1955), to an acceleration of general decolonisation, particularly in Africa.

It has been observed that the colonial phenomenon was specific to the phases of intensified competition between various metropoles vying for world hegemony: specific, that is, to the period of the 17th and 18th cent.s, characterised by the confrontation between England and France, and to the period of 1880–1945, characterised by the conflict between the imperialisms analysed by Lenin. By contrast, the brief periods during which the hegemonic power genuinely exercises its power (England between 1815 and 1870, the USA after the Second World War) see this power defending the principle of opening the world to all competitors (the free trade of the 19th cent., the corporate freedom of today) – a principle that is very much compatible with the formal recognition of independent statehood.

Thus colonialism is distinct from the more essential phenomenon of inequality within capitalism's worldwide expansion, a phenomenon characterised by the polarisation of centre and periphery. This polarisation can by no means be reduced to the imperialist-colonialist form it assumed between 1880 and 1945. It is an immanent feature of the capitalist system and accompanies each of that system's developmental stages, from the system's origins until today.

While the colonial form may appear archaic, it persisted into the 1990s in two cases: that of Palestine, a territory claimed for colonisation by Zionist settlers, and that of South Africa, where the apartheid regime denied the African majority the rights of a people. These forms were only able to survive thanks to their integration into imperialism's global strategies.

Enlightenment philosophy gave rise to a first anticolonialist ideology, which even extended, at the moment of the French Revolution's radicalisation, to solidarity with the insurrectionaries of Haiti. Later, the European liberal left and even the dominant currents of the European labour movement (Second International) renounced A. The latter even went as far as justifying the >objectively progressive< effects of colonisation. In this respect as in others, the break enacted by Lenin laid the foundations for a new internationalism, capable of linking workers in the developed capitalist world to the oppressed and exploited peoples of the periphery. To this day, this goal remains an unfinished task.

Confronted with the problem of the unequal development of capitalism, Marxism consistently assumed positions that were in principle anti-imperialist, anticolonialist and anti-neocolonialist. Marx and Engels criticised the corrupting effect of England's colonisation of Ireland and Russia's colonisation of Poland: >A people that oppresses others cannot emancipate itself< (MECW 24/11 [18/527]). While the Second International later shifted towards a pro-colonialist position, Lenin presented in 1917 a theory of imperialism as the >highest stage of capitalism< (LCW 22, 185 et sqq.) that linked the formation of monopolies in the capitalist centres at the end of the 19th cent. to the division of colonial territories, inter-imperialist conflict and the corruption of the >worker aristocracy<. Following the first Congress of the Peoples of the East (Baku, September 1920), the Third International called upon the working classes of the West to engage in practical solidarity with the peoples struggling for national liberation. It was in this spirit that Stalin claimed the Afghan emir resisting British aggression is objectively more progressive than those British workers, organised in the Labour Party, who support their imperialist masters. Following the Bandung Conference (1955), the USSR finally broke out of the isolation the Western powers had confined it to since 1917, and did so precisely by supporting the liberation movements in Asia and Africa, as well as the radically anti-imperialist and anti-neocolonialist states that national liberation had produced. The tide has now turned, due to the dissolution of the Soviet system: on the occasion of the 1991 Gulf War, the new Russia has sided with the unified camp of capitalist countries.

While colonisation in the narrow sense is a phenomenon specific to particular epochs, the opposition of centre and periphery is immanent to capitalism's global expansion from the outset. Yet analysis of the causes and mechanisms of this global polarisation, which is associated with capitalism, and of its consequences for political action, remains incomplete. Historical Marxism may even have underestimated this polarisation, like socialist thought in its entirety. Within its optimistic vision, historical Marxism hoped the bourgeoisies would play their historical role by ensuring a development of the forces of production that homogenises the conditions of class struggle across the globe. In a departure from this view, Rosa Luxemburg formulated the hypothesis, in Accumulation, that the reproduction of capital requires its extension to pre- and non-capitalist milieus. While Lenin rejected Luxemburg's theoretical argument, he did take note of unequal development and suggested, in his theory of the >weakest link< (Stalin W 6, 100; cf. Lenin, LCW 33, 112 et sq. and LCW 5, 502), that the socialist world revolution could be initiated from the peripheries of the system.

The theory and practice of >socialist transition< must be reexamined and criticised in light of the proposed analyses of actually existing world capitalism's polarisation. Confronted with the intolerable social consequences of this polarisation, it is up to the peoples of the periphery to revolt and resist subordination to the polarising logic of capitalism's global expansion. Following the Russian revolution, the revolutions in China, Vietnam, and Cuba have developed a strategy of building socialism in the peripheries of the world system that was systematised by Mao Zedong's theory of the >uninterrupted< revolution of the >New Democracy< (1940, SW 2, 339–84). At the opposite pole of Marxist-inspired thought, post-1955 Soviet theory oriented itself toward supporting the national bourgeois development attempts of the Bandung period (1955–1975). This practice was considered opportunist and ineffective by those who, like Che Guevara, started from the premise that the historical role of the bourgeoisies in the periphery was unable to transcend the limit of the subalternisations imposed by global capitalism (>compradorisation<).

Historical experience shows that the entire theory of the transition from global capitalism to communism (a transition that must also be global) needs be thought through anew. A better understanding of the nature of capitalist polarisation is a necessary prerequisite to a renewed forward movement of socialist thought and action, as well as of creative Marxism. 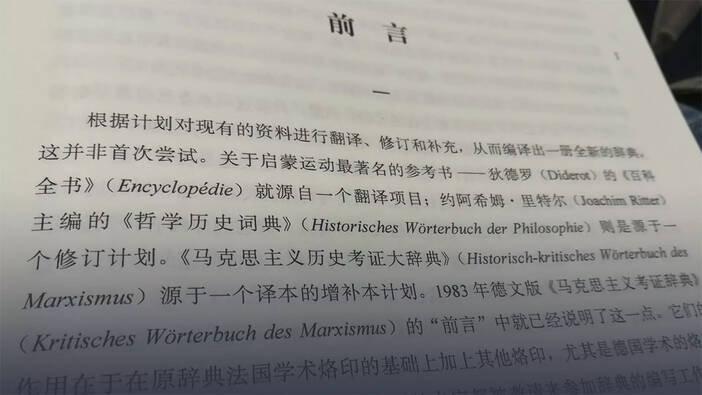