The background and responsible persons have since been clarified, the plaque was removed on the basis of an official decision and spent in a museum.

On 13 March 2018, in Zamość, a memorial plaque commemorating Rosa Luxemburg was removed. The house where the plaque had hung since 1979 was long considered Rosa Luxemburg’s birthplace. However, documents discovered in the city archives several years ago have provided evidence that, on the date of her birth (5 March 1871), Luxemburg’s father owned a different house two streets away. It was only several months later that he bought the house located directly at the marketplace where Rosa Luxemburg lived for three years until the family moved to Warsaw. In any case, the plaque’s removal appears as one more link in a chain of symbolic political acts that Poland has recently witnessed. A law in effect since 2016 calls for the nationwide elimination of street names commemorating the Soviet era, and of other such “silent witnesses.” The ruling national conservatives want to leave nothing to chance in this plan to purge public space, and so they have provided the civil servants of the IPN (the Institute of National Remembrance) and their appointed voivodes (provincial executives) in the 16 voivodships with special powers. In the end, the elected local and regional authorities, who are ultimately responsible for this important aspect of the creation of public identity, had no choice but to follow the orders from above.

As recently as late 2016, on the occasion of the re-dedication of a 1950 memorial to the city’s murdered Jews, the mayor of Zamość, Andrzej Wnuk, claimed the city had no interest in making changes to the memorial plaque for Rosa Luxemburg or removing it, since interest in the city’s famous daughter persisted, particularly on the part of foreign tourists. Wnuk emphasised his personal endorsement of this position, even while pointing out that Luxemburg’s politics were entirely foreign to him. Now, however, the order issued from Warsaw has been carried out – damaging the city’s reputation.

National conservatives have accused Rosa Luxemburg of opposing the restitution of Poland in November 1918, and even Polish independence. In fact, in her writings from before the outbreak of World War One, Luxemburg argued that the restitution of Poland’s national independence could succeed only if the three partitioning powers (Germany, Austria and Russia) went to war against each other – a development that would, however, provoke a major European war. It is known that, almost until the outbreak of World War One, Rosa Luxemburg believed the European labour movement would prevent the continent from drifting into bloody catastrophe. This conviction also affected her view of the Polish question, which she presented comprehensively, and in no uncertain terms, in her 1908/09 work “The Question of Nationality and Autonomy” (an English translation of which was published in 1976).

On 15 January 1919, Rosa Luxemburg was murdered in Berlin by forces whose further political trajectory would lead to the Third Reich and the German catastrophe. What Germans, acting under Hitler’s command, did in Poland during World War Two remains unfathomable. The Poland familiar to Rosa Luxemburg has disappeared forever in the ruins of Germany’s war for world domination. Since 1944/45, Polish society has had to rebuild and recreate itself. The conditions under which it has done so were largely contingent on the outcome of the Second World War. The current governmental attempt to assert a view of 20th century Polish history in which Rosa Luxemburg, and the political orientation she represented, appear only as targets for a politically extremist accusation of treason amounts to a crude falsification of history. The removal of the memorial plaque to Rosa Luxemburg in Zamość is a simple act of deconstruction – in the blink of an eye, history’s traces are obliterated. All that remains is a wet spot on a freshly plastered wall. 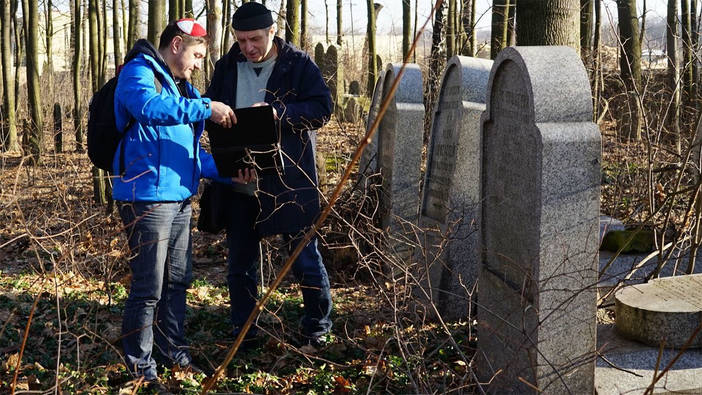