January 2019 marks the 100th anniversary of the assassination of German socialist luminaries Rosa Luxemburg and Karl Liebknecht. As part of a wider set of repressive measures against the German Revolution that winter and spring, this violent response from above sealed the revolution’s fate and ended the country’s democratic socialist experiment only months after it began. Who exactly was responsible for the murders on 15 January 1919 remained shrouded in mystery for nearly eight decades, until filmmaker and scriptwriter Klaus Gietinger began trawling through the archives and uncovered a wealth of evidence implicating Captain Waldemar Pabst and several leading personalities of the Social Democratic Party (SPD). Loren Balhorn of the Rosa-Luxemburg-Stiftung chatted with him about history, social democracy, and what they have to teach us today.

Your book about the killing of Rosa Luxemburg and Karl Liebknecht, Eine Leiche im Landwehrkanal, recently appeared in a second, revised edition, and the English translation is being published in January 2019 by Verso Books under the title The Murder of Rosa Luxemburg. Are you satisfied with its success thus far?

Yes, it is my most successful non-fiction book. If you count all printings together, it’s already in its fourth run.

How did you become interested in the history of the November Revolution? You are, after all, actually a scriptwriter and filmmaker.

In 1989 I watched a made-for-TV movie about the murder by Dieter Ertel and Theo Mezger from 1969 that is still officially banned, and noticed there were still a lot of unanswered questions. I did some research, discovered new information, and initially wanted to make a movie about it. But no TV station was interested, so I kept researching and ended up writing a book instead.

Do you see any parallels between your profession and that of a historian?

Yes, when working on documentaries or historical films you also have to conduct a lot of research and summarize a lot.

Can you tell us a little bit about your actual research? What were your most exciting discoveries?

Well, the first thing was I managed to access the papers of the man who ordered the murder, Captain Waldemar Pabst, which were still inaccessible at the time, and I proved who among the Freikorps officers actually pulled the trigger. I also identified complicity on the part of the Social Democratic Party (SPD) leadership at the time, which was and remains a sensational finding.

The left has known that the Social Democrats and the Freikorps were responsible for the murders for quite some time. What is new about the findings in your book? Does it change anything in the erstwhile historiographic understanding?

That the SPD leadership was involved was only a rumour until that point. I, however, produced evidence proving this fact.

In the book you describe the murders of Rosa Luxemburg and Karl Liebknecht as “one of the greatest political tragedies” of the 20th century. What makes you say that? Would not significantly more tragic developments in German history transpire only 20 years later?

Luxemburg and Liebknecht were mythical leader figures of the authentic left. The SPD top brass had long moved to the right through their pact with the old powers and armed forces, but many SPD supporters venerated the two Spartacus leaders. They never would have permitted the Stalinization of the KPD. Luxemburg was against joining the Comintern, she criticized Lenin and Radek’s terror. Even Liebknecht would have been reluctant to accept a mere vanguard of the working class.

Both tried to help the masses come into their own, and did not seek to patronize them. The left in Germany and Europe would have pursued a more independent path. There would have been a chance to expose the right-wing leaders of the SPD. The division in the left would not have been cemented. Whether that would have prevented fascism and Stalinism is another question, but the chances of doing so would have been greater.

Do you think Rosa and Karl actually posed the kind of threat that Pabst feared? After all, many workers were ultimately quite content with returning to peace and calm as soon as the Kaiser had abdicated and parliamentary democracy was introduced. Was there really any chance of a revolution in Germany in 1918–19?

I think you’re asking the question in the wrong way. Rosa Luxemburg and Karl Liebknecht (I don’t like the abbreviated use of just their first names) were a threat to capitalism and were murdered for this reason. Not because they were a threat to democracy – they never were. They also were not Bolsheviks in the sense of Lenin and Trotsky, nor did Captain Pabst have them killed because they allegedly threatened democracy. He had them killed because they threatened the system he served – that of Prussian-German imperialism, of war and world domination that the SPD leadership had also actively supported since 1914.

You recently wrote in the WOZ that the SPD should finally “take responsibility” for the murder of the two and for snuffing out the November Revolution. Do you mean that as a real political demand, or more as a polemical weapon against a decrepit, neoliberal political party?

The SPD is a party in decline that won’t exist in ten years. A new fascism is looming that will look different than the one we’ve previously known, more hidden and subtle but capable of seducing the masses once again. As strongly as I believe that the SPD has no one but itself to blame for its current downfall, I nevertheless deeply regret that it’s being replaced by the Alternative für Deutschland (AfD) and the neoliberal Greens.

The Greens are a hypocritical party of high-earning people who own two cars that always betrays its ideals when entering government. The Greens accomplished in 15 years what the SPD needed 150 to do. Robert Habeck, one of their new leaders and official author, wrote a bad play about the sailors’ uprising over ten years ago in which he legitimized proto-fascist figures like Gustav Noske (SPD) who was directly responsible for Luxemburg and Liebknecht’s murder.

We don’t have to waste any words on the AfD. These people will take power this year in Germany’s eastern half. What is lacking is an anti-fascist mass party. The SPD represented such a party at least since World War II, but lost this element at the latest with its neoliberal phase (in coalition with the Greens) starting in 1998.

What can young people learn from this tragic history? Is it perhaps too far back in time to be relevant today?

It’s good that the November Revolution made at least a partial return to public attention in 2018. There are still a lot of people who have not yet given up on this democracy and criticize capitalism. What you can learn as a young person is that which Elias Canetti once said about the masses: the real enemy of the masses is not at the gates, but rather in our own basement. We must do a better job of fighting against it.

Klaus Gietinger is a German screenwriter, film director, and historian based in Frankfurt am Main. He has published several books on German fascism, the Communist movement, and a history of car crashes, and his most famous film is the 1985 southern German classic Daheim sterben die Leut'. More information can be found at his website, www.gietinger.de. Interview and translation by Loren Balhorn. 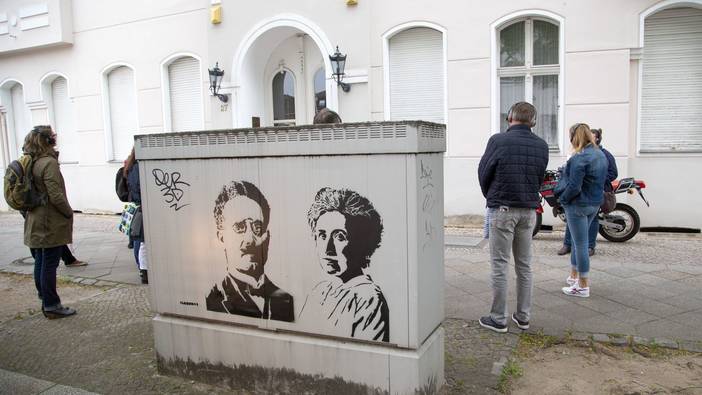 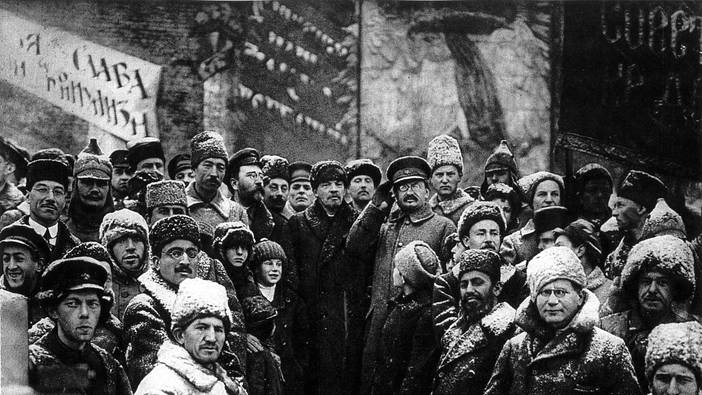