This year would have marked Yugoslavia’s one-hundredth anniversary. We spoke with Krunoslav Stojaković on a disintegrated country, the social question and the difficulty of discussing alternatives.

Let me start with a very direct question: is there peace in former Yugoslavia?

Yes, there is. Whether or not that includes social peace, however, is another story. Generally speaking, armed hostilities ceased after the peace processes and treaties. This applies primarily to Bosnia-Herzegovina, Serbia and Kosovo. The latter of the three is currently receiving increased media coverage, as its official recognition appears imminent. People in Serbia are fully aware of this. The question is how the issue concerning the rights of the Serb minority in Kosovo will be resolved. This is the real problem, not so much Kosovo’s independence as such. The foundation for the state of Bosnia-Herzegovina in its current structure was laid out by the Dayton Agreement of 1995. Although utterly dysfunctional, the country does enjoy peace in the narrower sense of the word. The questions here are what kind of living conditions can be or have been achieved, and which actors are in power and impede or prevent the state’s proper functioning? Then there are its two neighbouring states, Serbia and Croatia, both of which do occasionally pursue their own national self-interest. But strictly speaking, there is peace.

Krunoslav Stojaković, born in 1978, studied history, political science and sociology, and is the Director of the Southeast European Regional Office of the Rosa-Luxemburg-Stiftung in Belgrade, Serbia. Together with Boris Kanzleiter, he has published the book 1968 in Jugoslawien. Studentenproteste und kulturelle Avantgarde zwischen 1960 und 1975 (J. H. W. Dietz). The interview was conducted by Anne Schindler. Translated by Jan-Peter Herrmann and Nivene Rafaat for lingua•trans•fair.

And yet this does not apply to the same extent to the social dimension: that is to say, one of the elements that constitute the concept of positive peace. Are there structural causes to the ongoing conflicts, and has there been or is there any kind of critical reappraisal of the past?

I don’t think there are substantial efforts being undertaken in this regard, although it is not exclusively the choice of the local governments, either. Croatia, for example, is part of the EU and the European economic system. The same is true in the case of Serbia, which is forced to abide by the EU’s diktat concerning the required measures for its accession, essentially producing negative consequences for the country’s economy. In my view, it would be unfair to place all the blame on the respective governments.

They are part of the international economic structure, and the capitalist restoration, which has been ongoing since the 1990s, is only now being completed. The political elites as a whole consider accession to the European Union to be the conclusion of this process. In Croatia, the first phase of this privatisation process had coincided with the declaration of independence. The same (or similar) applies to Bosnia-Herzegovina. In Serbia, the privatisation process gathered pace, particularly after the ousting of Slobodan Milošević. The basic tendency was, as a first step, to nationalise what was once socially owned property; Yugoslavia differed from most other countries in that there was little property in the hands of the state itself, and most was instead socially owned. Then followed privatisation. Various actors enriched themselves, including foreign investors who purchased profitable enterprises below value and – albeit only rarely – continued production. This marked a wave of deindustrialisation, combined with a massive loss of jobs.

What are the current developments?

Currently, the main strategy is foreign direct investment – in the competition for which the countries undercut each other in order to become attractive for investors. Social rights and labour rights have been hollowed out through new social legislation. Today in Serbia, there are around 6,000 trade unions, a fragmentation that was deliberately pursued politically during the 2000s. All this, in combination with austerity and demands for budget cuts, add to the current neoliberal state of affairs. These economies are entirely dependent.

You say that accession to the EU marks the completion of this process—do local civil society actors agree?

All of those we work with are utterly sceptical of – if not downright hostile towards – the EU. EU membership has had very few positive effects for other south-eastern European countries like Bulgaria and Romania. Yet the rejection of EU membership and a retreat to the nation state is, of course, no solution either, seeing as the fundamental problem of economic dysfunctionality would remain in place. A progressive Left cannot pursue the project of retreating to the national arena, but must instead seek outnew options. What could a different form of European cooperation look like? Unfortunately, such debates about conceiving and articulating a socialist alternative to the current form of theEU are hardly taking place. This is not least related to the Left’s capacities on the ground: the broader social Leftis very small in our country. Currently, the intellectual breadth required for such debates is simply lacking.

What part do the international actors who intervened in the war during the 1990s have in producing this situation?

They are central to today’s situation. In fact, these circumstances are the source of much criticism in the sense that it was – and still is – the Western power bloc that is attempting to enrich itself and to keep the Balkans in a marginal position. Even member states like Greece – which, despite all its problems, is not comparable to the statelets of former Yugoslavia – have had a taste of what it means when EU institutions flex their muscles and enforce their positions. Indeed, this experience is another reason forresistance.

What could a foundation contribute to the development of Left alternatives?

We would very much like to contribute to this process, but we have no counterpart on the ground. We require local actors interested in engaging with these issues. Momentarily, we are working with a total of 15 partner organisations, most of whom we have worked with for many years. Continuity is essential, as we see ourselves not least as workers helping to build a new Left. There is a very agile and productive cooperation between leftist civil society actors and the more progressive trade union sector. After all, the weakness of the trade unions affects many people. Here, we can certainly have an impact, even from aninternational standpoint. Welfare state analysis, Marxist theory formation, a critique of the state – a lot is already happening.

Where does this longing for the return to the nation-state come from?

It has to do with the political elites. Of course, they can see for themselves how poorly these states are functioning and playing the nationalist card is their only option to maintain their legitimacy. It makes it easier to put the blame on the ‘Other’. This started even before Yugoslavia’s fragmentation with a very pronounced economic nationalism, when the richer northern republics, in particular, refused to continue paying into the solidarity fund. It is not all too dissimilar to what we see in Germany. This process was aggravated during the 1980s, especially in the wake of the nationalist Memorandum issued by the Serbian Academy of Sciences and Arts. And during the 1990s, the situation intensified with the naming and shaming of perpetrators in an attempt by the elites to distract from their own political and economic failure. The problem is not the general population. I am from Bosnia-Herzegovina. It is widely believed that people there hate each other’s guts. As a result, there have been efforts to promote dialogue for thirty years now. This gets on people’s nerves – constantly having to resolve issues with their neighbours that have little to do with the real problems.

What are the real problems?

The only economic strategy countries like Serbia have is direct foreign investment. For example, in Serbia, there is a German car component supplier called Dräxlmaier, which runs several production sites and enforces a ban on trade union organisation, something the company would not dream of practising back home in Bavaria. Such companies outsource production and secure all the benefits – the Serbian government provides free land, exempts these firms from paying taxes and subsidises wages – while keeping all the profit to themselves. Simultaneously, the strategy of foreign direct investment is not even all that successful to begin with, as there aren’t that many investors. And those who do come are often in the low-wage sector. 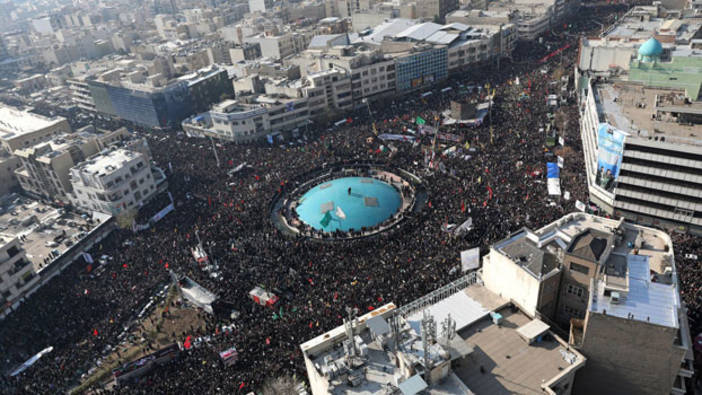 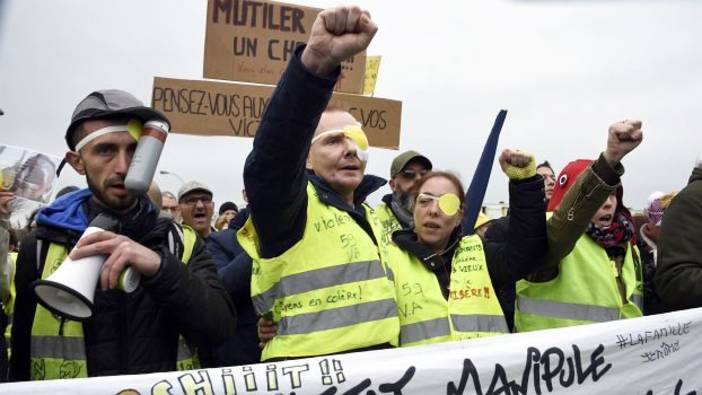