This year marks the centenary of Rosa Luxemburg’s murder by far-right soldiers during Germany’s first democratic revolution at the end of World War I. Her legacy as a democratic socialist, a campaigner for international solidarity and against war and colonialism, as well as being a strong woman and feminist guides us in our work around the world, especially in the South African context—where the struggle for liberation took longer and was more brutal than in most of the world. Rosa Luxemburg’s belief in a democratic socialist revolutionary transformation inspired many South Africans throughout the twentieth century. While many other socialist theories or models are now rightly discredited, her approach can still inform our thinking and action. Mostly, it is up to us to ensure that the ideas of the twentieth-century revolutionaries who fought for a more just and democratic world and against the oppression of colonialism are not forgotten.

The Lilieslief Foundation has taken important steps to preserve “memory against forgetting”. It is important in South Africa’s current situation to remember to what extent the struggle against apartheid was embedded in the global context and to what length solidarity with the oppressed majority became a cross-cutting unifying theme between civil society activists across the world, even transgressing the boundaries of the Cold War. It was a global movement full of contradictions but with a shared vision: aiding the liberation of the South African people. Of course, the most important action was taken by South Africans in and around South Africa.

The “Rivonia Generation”, as they can be called, are shining examples of those decades of resistance against evil. The strategic decision to form an underground army and arm the struggle was taken in light of the apartheid state’s radicalization. The formation of the first generation of uMkhonto weSizwe, the armed wing of the African National Congress, was the first step to challenge the apartheid military and security services. It was also the acknowledgement that peaceful transformation of a regime committing human rights violations on such a large scale could not be expected. The Rivonia Trial and everything that followed marked a watershed in South African history.

I would like to focus on a large-scale research and remembrance project sponsored by the Rosa-Luxemburg-Stiftung. For years, we were impressed with the work Lilieslief was doing with regards to the support Norway and Sweden gave to the struggle, in particular the role of a great leader like Olof Palme. However, there was a topic that was closer to home. While West German civil society had been very supportive of the ANC in the context of the Cold War, it was the German Democratic Republic that gave strong ideological and material support to uMkhonto weSizwe in exile and to the cause of the ANC. It remains a mark of shame how long and how intensely West Germany collaborated with the apartheid regime. Thus, we undertook the remembrance project to collect the broadest possible collection of oral history in South Africa and Germany from people and groups who actively supported the ANC and the roughly 2,000 fighters in exile who underwent military training in East Germany. Sechaba, the magazine of the ANC in exile, was even edited and printed in the GDR.

Of course, the paradox remains: while denying its citizens democratic and human rights at home, the GDR supported the liberation struggle abroad. Just as South Africa embarked on its path to democracy, the people of the GDR overthrew their regime to create a democracy themselves. Those contradictions form part of our history and memory. The role of the GDR and its people with regard to the liberation in South Africa is an important one that can teach us lessons, especially when placed in the context of its demise. The struggle for democracy is inseparable and not just one-sided. We hope that further research in the broader context of the 4th Pillar can be conducted in the future.

The twentieth century shows the interconnectedness of the struggle for liberation and social justice from Rosa Luxemburg to Winnie Mandela. Many of those fights are still ongoing in the twenty-first century. We can learn from the twentieth century that international solidarity remains the single crucial ingredient of this.

Jan Leidecker is the Director of the Rosa-Luxemburg-Stiftung’s Southern Africa Office. The permanent exhibition at Liliesleaf on the German Democratic Republic’s solidarity with South Africa's liberation movement is open to the public from 12 April 2019. Please contact or visit Liliesleaf for more information. This article was originally published by The Thinker. 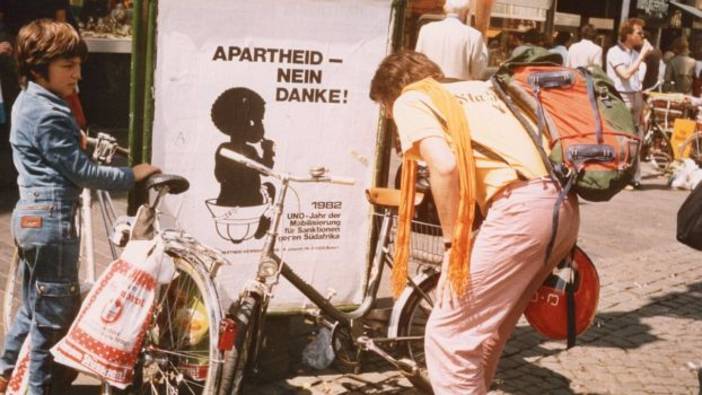 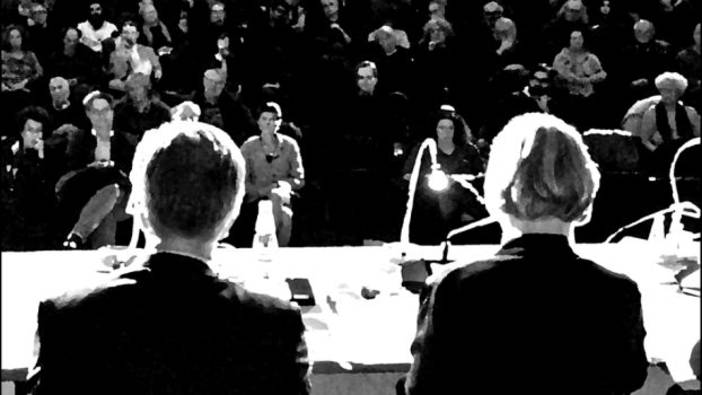