Over 820 million people worldwide suffer from hunger. According to a recent study, that iss 17 million more than in 2016: despite numerous improvements, in many places the situation has continued to worsen. Raw figures on raw suffering.

Similar figures repeatedly make headlines, and are followed by calls for action. For a few years now, the fight against hunger has also become a common argument to counteract migration. While discussions mostly focus on war, poverty and persecution, we often neglect one factor that leads to people being robbed of the natural resources on which their livelihoods depend. This factor is sitting on our plates every day.

According to an estimate from the UN Food and Agriculture Organisation, to date as many as 30 million people from just 16 countries in the Global South have been driven from their land as a result of the liberalization of global agriculture markets. Global deregulation has driven a food production system that is turning social, economic, and ecological relationships upside down: Southern countries that once exported food surpluses have now become deeply indebted in order to pay for agricultural imports, while in the Global North industrial agricultural models have been perfected and exported, leading to further land theft.

Tom Strohschneider is co-editor of maldekstra, the Centre for International Dialogue's bi-monthly journal. This article originally appeared in maldekstra #1.

It is the triumph of a production model that has also fuelled climate change: desertification, water shortages, and other damage displace yet more people. In 2015, a study predicted that in the coming decade up to 50 million people will be affected by the degradation of agricultural and other kinds of land. Other experts speak of up to 100 million, primarily peasants who are being robbed of their means of existence. Most of them can expect to be refused asylum in the North, as they are threatened by “the wrong causes of migration”. And what about development aid? Here too the predominant ideas about what kind of global food production regime should be established are partially responsible for creating the very problem that aid is supposed to solve.

The issue is the entire food production system, from subsidized agricultural products sold in Africa at dumping prices, to speculation on foodstuffs and on the property titles of productive land, to the cultivation of biofuels instead of food crops. The way we eat—the way food is produced—holds up a mirror to capitalist relations as a whole.

Nor is there any shortage of knowledge about this. The current food production regime follows two historical formations which make very clear how global agriculture is deeply interwoven into the development of global capitalism.

Initially, between 1870 and 1930, the primary concern was to guarantee cheap foodstuffs for the growing industrial workforce, primarily in Europe, by importing from the colonies. This was also a means of containing possible uprisings among workers. Later, especially between the 1950s and 1970s, trade relations were restructured. Now it was no longer the periphery that provided the centre with surpluses, but the centre, primarily the US, that exported its own surpluses to the South. The reason for this was the enormous increase in productivity of an agricultural system that consumed ever more fossil fuels. Food was used, “in the context of decolonization and the Cold War, as an economic and political weapon”, as Fridolin Krausmann and Ernst Langthaler describe it. The consequences of this were neo-colonial structures of dependence that undermined food sovereignty in more and more places all over the world. That means people lost the capacities to produce their own food and decide on how it is produced. With the passing of the World Trade Organization’s Agreement on Agriculture in 1995, the third food production regime which dominates today was implemented. The deregulation of world agriculture markets primarily disadvantaged peasant food producers all over the world.

But do we not require modern methods, industrial agriculture, and global free trade in order to guarantee the provision of food in the first place? The opposite is true: to become capable of sustainably feeding a growing world population we must radically change the food production regime, presently characterized by massive food waste in the North and hunger in the South and that “simultaneously devastates the two sources of all wealth: the Earth and the worker”.

The report on global famine relief cited at the beginning of this article also highlights the food security issues of displaced people. Why are they fleeing? Many have left their homes because they have been robbed of the possibilities of putting food on the table and securing themselves a livelihood in a self-determined way. What is their fate? More than a few of those who have endured the dangerous passage to Europe end up as the slaves of capitalist agriculture, exploited as harvest workers in a system in which dumping prices reveal not only the market power of a few major corporations, but also constitute the other side of the realities of distribution, which provide many people with barely enough income to feed themselves sustainably and healthily.

“Arise, you damned of the Earth, arise, prisoners of starvation”: the Internationale begins with these words. Frantz Fanon used them for the title of his anti-colonial manifesto The Wretched of the Earth, in which he claims that the aim of the Global South “should be to try to resolve the problems to which Europe has not been able to find the answers”. The networks forming around food sovereignty and resistance to capitalist agriculture respond to this call. And the North? Even if alternatives to contemporary capitalist agriculture are also a question of consumption, we will not make substantial progress so long as the question of production remains unanswered. The ever more powerful corporations that control value production chains have no interest in changing course. This will have to come from below. In doing so we must not delude ourselves about the difficulties and contradictions involved. Yet we must still tackle these problems. Together. 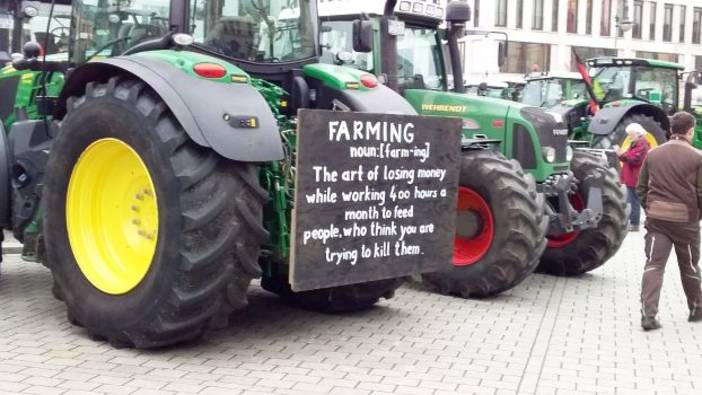 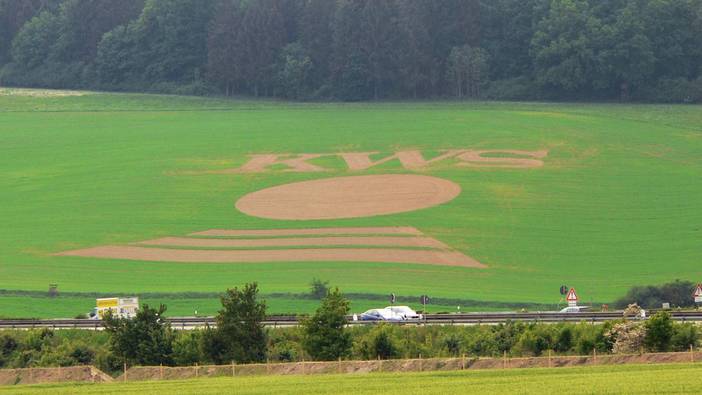