One hundred years ago, in March 1919, the Communist International (Comintern) was founded. The involvement of Black and African protagonists in the Comintern is mostly ignored. [...] How relevant were transnational linkages in the anti-colonial and the international communist struggle? What were the predominating ideological strands in the Comintern? Which role did Black or African protagonists play in Germany?

Hakim Adi is Professor of the History of Africa and the African Diaspora at the University of Chichester in England. He is author of "Pan-Africanism and Communism. The Communist International, Africa and the Diaspora, 1919-1939" (2013). Robbie Aitken is a lecturer at Sheffield Hallam University and is extensively researching Joseph Bilé (“From Cameroon to Germany and back via Moscow and Paris: the political career of Joseph Bilé»). The discussion was facilitated by historian and freelance journalist Bebero Lehmann.

The panel discussion was organized in cooperation with Initiative Schwarze Menschen in Deutschland (ISD-Bund), Berlin Postkolonial, Each on Teach one (EOTO). 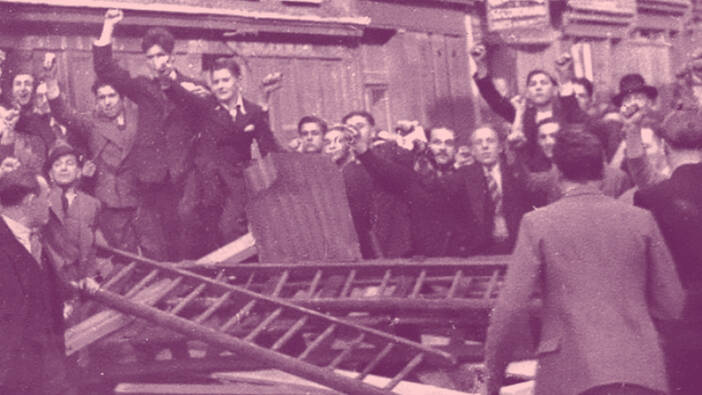