Despite the planned celebrations for the thirtieth anniversary of Namibian independence, we are reminded of the limitations of a postcolonial society. Namibia, plagued by colonial injustices in the form of poverty, unemployment, and income inequality, has witnessed a bitter struggle in the last three decades, specifically by members of the Ovaherero and Nama communities for restorative justice from Germany, Namibia’s first colonial power. A group of memory activists including traditional leaders, lawyers, scholars, and artists have strongly challenged how we view and deal with our dark colonial past. Now, at the turn of Namibia’s third decade of national independence, it becomes more necessary than ever before to reflect on what this means for the country.

Bayron van Wyk holds a Bachelor of Arts (hons.) in History and currently a Masters student in Anthropology at the University of the Western Cape (UWC) in South Africa. His thesis research explores memory activism by the genocide reparations committees in southern Namibia.

Between 1904 and 1908 Germany committed what has been termed the “twentieth century’s first genocide”. It is estimated that 80 percent of the Ovaherero and 50 percent of the Nama population were killed during this period by starvation, thirst, hard labour, and exposure to harsh climates. Following the notorious extermination order given by General Lothar von Trotha on 2 October 1904 after the August 1904 battle of Ohamakari (“Waterberg”), large numbers of Ovaherero were trapped and starved to death in the Omaheke Desert. The survivors were collected and forcibly relocated to concentration camps in Windhoek, Swakopmund, and Shark Island at Lüderitz to perform forced labour. Many of those imprisoned died from the inhumane conditions experienced at these camps. Communities were displaced from their ancestral lands and in some cases deported to other German colonies such as Cameroon and Togo.

The German colonial forces also collected human remains (generally referred to as “skulls”) to be taken to Germany for racial experiments. In 1908, the German “scientist” of racial hygiene and eugenics, Eugen Fischer, conducted a study on the racially mixed Rehoboth Baster people, from which I, the author of this article, hail. Ridded with racial prejudice, his study informed later racial policies established in Nazi Germany. All of this informed the genocidal strategy employed by the German colonial empire in Namibia.

The reproduction of genocide memory through embodied performances and historical re-enactments, mainly held at annual community commemorations, are an important part of the social lives of the communities affected by Germany’s colonial genocide. These festivals have long histories in the social lives of the communities and have become important platforms for memory activists to assert their claims for restorative justice from Germany.

The German Minister for Economic Cooperation and Development, Heidemarie Wieczorek-Zeul, offered an apology to descendants of the victims of the colonial genocide at the centennial commemoration of the Battle of Ohamakari in 2004. Her apology represented the first public acknowledgement of the colonial genocide by a German official, marking a major shift away from the cold and arrogant responses activists received from former German Chancellor Helmut Kohl and President Roman Herzog on their official visits to Namibia directly following independence. However, the German government later withdrew the apology. After that, it would take more than ten years before, in July 2015, Germany acknowledged that the demise of most of the Ovaherero and Nama constituted genocide and committed to issue an official apology to the communities. Yet the country has ruled out paying monetary reparations to the communities, and instead plans to sponsor special development initiatives in the areas affected by colonial genocide. It appears that the Namibian government has accepted this position, with President Hage Geingob conceding to Germany’s unwillingness to pay reparations in his 2019 State of the Nation address.

The Namibian government has been slow to join the cause of the Ovaherero and Nama communities to address colonial injustices. A majority of MPs in the National Assembly accepted the reparations motion in 2006, but this has yet to translate into official government policy. The repatriation of human remains and cultural objects over the last few years has been marked by controversy, with the Namibian government accused of dealing with communities’ concerns half-heartedly. Rather than use these occasions as key opportunities to address colonial injustices, the government has pursued its master narrative of national resistance with renewed intensity.

Since independence, this master narrative of national resistance has privileged the war memories of the liberation struggle between 1966 answapod 1989. Through national commemoration and remembrance, it has enforced a national narrative emphasizing the role of the former nationalist liberation movement SWAPO (South-West African People’s Organisation, renamed “Swapo Party” after independence) in the anti-colonial resistance. This national narrative specifically draws on the experiences of the exiled liberation elite to present an image of SWAPO heroism. In turn, other contributions to anti-colonial resistance are downplayed. This includes the role of the civilian population in northern Namibia as well as, during earlier times, the struggle by the Ovaherero and Nama communities and their traditional leaders in the colonial war of 1904–1908.

The exclusion of these groups’ experiences is felt in the current genocide reparations negotiations that have been going on between the Namibian and German governments since 2015. Not only has Germany persisted with strictly government-to-government talks, but the Namibian government also insists on conducting these negotiations without the involvement of the victim communities. This prompted the Ovaherero Traditional Authority (OTA) and Nama Traditional Leaders Association (NTLA) to pursue another court case in the United States. calling for their inclusion in any genocide reparations talks between the two governments.

On a summer trip to the city of Bremen as part of a “Decolonizing Walk-Shop” in 2019, I became acutely aware of how Germany specifically deals with its colonial past. On a short daytrip to the Bremen Anti-Colonial Monument, I was immediately struck by the neglect of the area. The monument was surrounded by overgrown weeds. A plaque right in front of the Ohamakari stones, which is so small and hidden in the grass that it can easily go unnoticed, reads: “To the memory of the victims of the Genocide 1904-1908 in Namibia and the Battle of Ohamakari.”

This draws parallels to the situation in Namibia, where the Genocide Memorial overshadowed by the Independence Museum and statue of founding president Sam Nujoma has failed to resonate with victim communities. Many activists and members of the communities directly affected by the colonial genocide are unsatisfied with the lack of consultations during the memorial’s construction. Just recently, a plaque was placed at the memorial without many activist’ knowledge, and they immediately took to Facebook to find out who was responsible for placing it there. What they discovered during their search was that there was no accompany unveiling ceremony. Ceremonies are important means through which images of the past are sanctioned. Without them (especially in the case of the colonial genocide), national amnesia persists. This represents yet another missed opportunity to take the concerns of victim communities seriously.

After 30 years of independence, postcolonial Namibia still struggles to deal with its dark past. The concerns of the Ovaherero and Nama communities, who are calling for restorative justice from Germany, go poorly addressed by the Namibian government. Instead, the Swapo government continues to pursue a master narrative of national resistance that draws exclusively on the experiences of the former liberation movement, now the ruling party, during the struggle for independence. As impatience over colonial legacies such as high rates of unemployment, poverty, and income inequality grows, the national narrative is threatened. In this sense, the writing is already on the wall, as the Swapo Party lost its two-thirds majority in the November 2019 national elections. This was the case particularly in urban centres like Windhoek and Walvis, and among young people. As the Namibian government continues to drag its feet when it comes to addressing colonial injustices, the genocide reparations movement represents the only real alternative to securing economic justice. 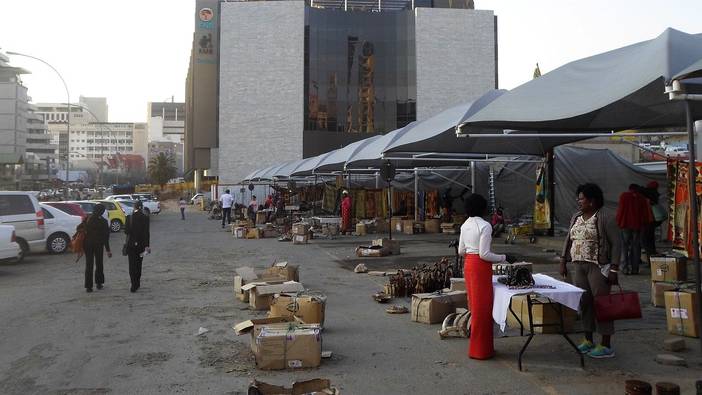 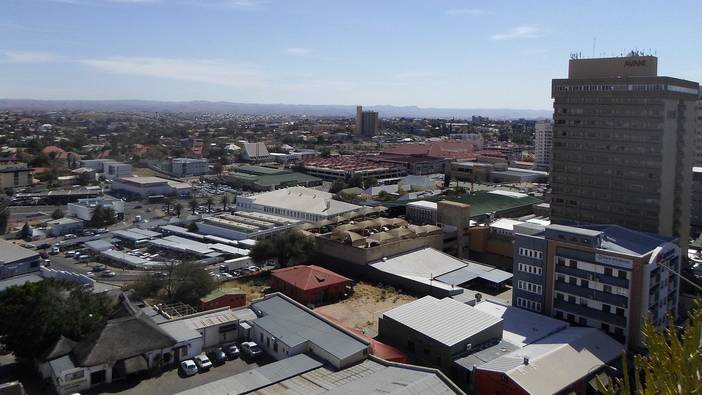 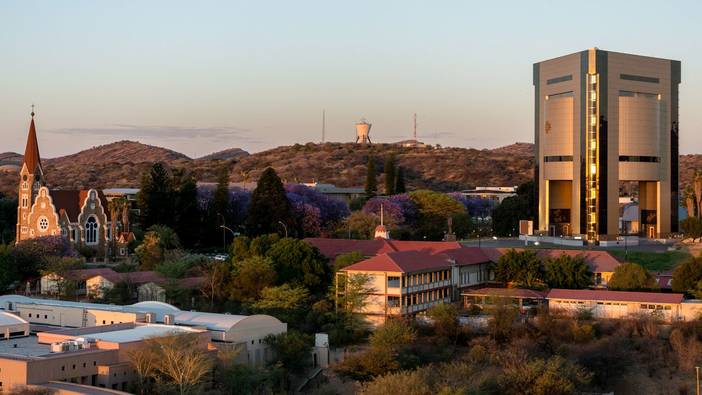