«I wrote as someone who was engaged in research, who had struggled through the standard, academic research preparation, who had studied ‹research methods›, taken compulsory statistics and who had questioned the relevance, politics, ethically and practice of research.» (Linda Tuhiwai Smith 2012)

My master thesis with the title «Pedagogy of Integrity: an Analysis of the Conceptualization and Implementation of the MA Program Anglophone Modernities in Literature and Culture» deals with colonial patterns in higher education practices. When I decided to write my thesis on the topic of decolonizing higher education system in Germany, I was not imagining that this work could be acknowledged by an award. Being awarded the Research Prize of dghd 2020 equals for me an official recognition for my work, in which I am questioning the way German Higher Education functions currently in terms of social justice. The award is for me a sign, that higher education in Germany is ready to reflect on its own practices and this is extremely rewarding for me to see as a resonance to my research.

There is a journey to there. I was granted a scholarship from Rosa-Luxemburg-Stiftung for my Master Studies at Potsdam University in 2016 and this gave me freedom to research on my topic. Rosa-Luxemburg-Stiftung was not only the source of financial security for me, but also, very importantly, a learning space for me, hold and inhabited by critical scholars from all over the world. It was a kind of a lab for me to explore different ideas. I could exchange with others about the question of how to decolonize universities and, also, I could do workshops and seminars about the challenges of international scholars in Germany. All these valuable experiences were building stones for my academic work.

During my studies, as Thiwai Smith describes about herself, I also wished to write about my experience as student but at the same time to follow the established rules and to be academically engaged.  I started to wonder about the diverse groups of students, studying all together on the same path, in the same rooms, yet coming from different backgrounds. I do believe this picture is quite common in today’s universities. Looking closer, I understood that we were not solely «international students», but parallelly to that, many of us were non-traditional students, too, who have faced inequality in their biographies, prior to the experience in a western university. This mattered, I felt. So I began to wonder how to make that visible.

I started to talk to students to discover, that local traditional students mainly struggle only until they get the general information about structure and current lectures; that non-traditional local students struggle to somehow experience themselves in the same way they believe traditional students feel and act; in the same time wishing to be recognised with their own different identities. I noticed, that international non-traditional students struggle silently both with their own identities, as they do not really trust in themselves and feel inferior as scholars, often wondering if what they have in mind «is academic enough to be shared» in class from; and they struggle also with overcoming different orientation burdens, as their ability to get what they want is already impaired due to injustice they have lived back home. This was different than what I saw traditional international students experienced.

I decided to focus on how to create such an educational space that enables social justice and with that I noticed the need for change of higher education system in Germany, especially when it comes to degrees, which in some way provide power-critical subjects, such as postcolonial and gender studies. So, I conceptualised Pedagogy of Integrity as the space in which wholeness and social justice can be possible.

In this process I inspired from great contributors to the field of critical pedagogy and academia, such as Paulo Freire, bell hooks, Linda Tuhiwai Smith, whose works we explored in a seminar of Prof. Dr. Nicole Waller, who, in my opinion, teaches with values. It was in a moment spent in her class that the idea for writing about such an educational space was born in my mind. Prof. Dr. Anja Schwarz was one of my biggest supporters on this way. Dr. Andrea Kinsky-Ehritt support my idea giving space to conduct workshops at university, in which students shared and discussed their challenges with each other. The experience I gathered in Delhi University (India)  and the project with Delhi University students (MA & BA) also broaden my view on the topic.

For me it was a challenging position as a student to analyse in my master thesis critically my own department, knowing that my work will be graded by my professors, founders of the department. With this experience I learned that it is worthy to stay true to my ideas. In respect to indigenous methodologies (Thuwai Smith 2012), I integrated parts of my diary into the chapters of my master thesis. Getting to know that something like this is possible and finding the courage to try it out is for me biggest achievements of my master studies.

Some of the findings of my master thesis are, that to offer such social justice space degrees need to commit to a clearer positioning towards values as well as to enabling social justice learning, not solely subject learning. Another finding is that formulations such as «academic standards», without further elaborations, and the preference for the essay as a form of assessment, indicate a power disposition that the degree’s staff might not be aware of, as both implies skills of the students, which are not equally distributed among them. So I dared to formulate the following two questions as an opportunity to begin decolonising efforts: «What are the so called ‹blind spots›, the unconscious, in the professional behaviour of a degree’s educators and staff in terms of epistemological power and the exercise of (unintended) supremacy? To what extent is there readiness to reflect and work on that?»

Now that this work is completed, I have devoted myself to my dissertation project, in which I will explore decolonizing perspective on University Educators’ teaching approaches. 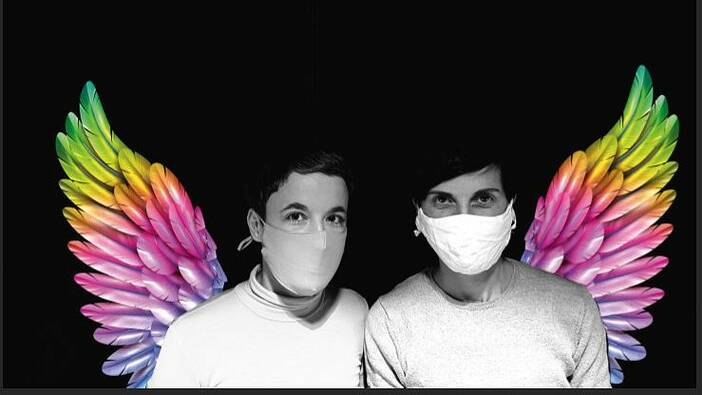