If you went to any anti-austerity protests in the United Kingdom in the last decade, you may well have seen the ubiquitous placards demanding a “General Strike Now”. In the US, “General Strike 2020” briefly trended on Twitter in March of that year, spurred on by popular writers like Naomi Klein and Bree Newsom Bass. Most tellingly, shortly after this, multiple articles appeared explaining what exactly a general strike is. Of course, no socialist would be against a general strike were it to occur. But raising the demand for a general strike, through placards on demonstrations or by popular tweets, suggests a decline in our ability to think about what mass strikes are, why they happen, and what can be achieved with them.

Rida Vaquas is a graduate student at the University of Cambridge working on interwar socialism and Communism, and an editor of the socialist journal Prometheus, where this article first appeared. It is based on her presentation at “Rosa Luxemburg at 150: Revisiting Her Radical Life and Legacy”, a conference hosted by the Rosa-Luxemburg-Stiftung and the International Rosa Luxemburg Society on 4–5 March 2021.

The basic importance of Rosa Luxemburg in this matter lies in the insight that “the mass strike as a political means of struggle is simply a historical product of class struggle which just like the revolution can neither be ‘made’ on command nor ‘rejected’ on command”. This does not mean that we should not think about mass strikes on the basis that even the most organized workers’ party cannot simply bring them into being by force of will. But it means we need to think more carefully about what it would mean for the conditions to emerge for a general strike in the course of waging a conscious, active class struggle.

The Belgian General Strike of 1893

What are the prerequisites for a political mass strike? Henriette Roland Holst, in her book General Strike and Social Democracy, recommended by none other than Rosa Luxemburg herself, named the main prerequisites as “developed class consciousness and unity between the political and the industrial movement”.

The essential chronology of the 1893 Belgian strike runs like this: on 11 April the Belgian parliament rejected a proposal for the introduction of universal suffrage and other election reform proposals. The Belgian Workers’ Party called for an immediate strike on 12 April. Some 250,000 workers answered their call. The resulting street demonstrations led to bloody battles with the police, with 30 workers shot and hundreds injured. By 18 April, the Belgian parliament responded to the demands and agreed to universal male suffrage with plural voting, meaning that some men, depending on taxation status and education, could have more votes than others. The strike was over.

In 1893, the mass strike did not appear as a controversial tactic to the Second International. The Vienna Arbeiter-Zeitung reported approvingly: “After two years of a struggle of unparalleled energy and tenacity, our Belgian comrades have won universal suffrage. We can say right away, your victory is marvellous, even if not complete.” Vorwärts described Belgium as being on the “eve of a social revolution”.

When recounting the tale in 1898, Luxemburg said it “confirmed the old truth, he who dares, wins and the best defence is an attack”. Revealingly, in 1905, when responding to her trade union critics, the 1893 Belgian General Strike was held up alongside the 1905 Russian mass strikes as an example the Germans ought to learn from. As the struggle for universal suffrage heated up in Germany in 1910, she repeatedly held it up as the model in her speeches.

The Conditions for a Mass Strike

Let’s return to the first prerequisite for the mass strike: developed class consciousness. How was this built in the Belgian workers movement? In a speech about the suffrage struggle and its lessons in 1910, Luxemburg narrates this spectacularly: “in 1886 a storm tide of strikes broke out… five years of seeming peace followed, right up until May Day 1891, when the Belgian workers raised their first mass strike for universal suffrage. … Can any state, even if the most powerful, slaughter 125,000 workers? No!” Simply put, the general strike of 250,000 could not have even come to the point of occurring without this growth in struggle that preceded it: the patient building of workers’ organizations, the capacity to strike and withstand state persecution.

But what of the second condition of a political mass strike, “unity between the political and industrial movement”? The storm tide of strikes in the late 1880s was aided energetically by the Belgian Workers’ Party. Emil Vandervelde recounted a quarry worker strike of 2,000 workers in 1889: the Party provided speakers for the strike meetings, and 60,000 kilograms of bread, in his words, “a beautiful witness of vitality”. What distinguished the Belgian General Strike of 1893 from the attempts in England by the Chartists to strike for universal suffrage some decades earlier was this: the workers’ industrial movement trusted the workers’ party to lead it politically. In the 1893 general strike, an astonishing degree of rapid co-ordination was demonstrated. The Belgian Workers’ Party Executive declared a strike on 11 April, as soon as Parliament rejected suffrage reform. Within forty-eight hours, the Belgian trade unions had organised shutdowns across all the major regions.

The Belgian Workers’ Party was not, of course, a particularly revolutionary party, nor did it have an attitude of unconditional support for strikes. As Marcel Liebman has summarised, the party had “fixed the conquest of universal suffrage as the objective of a general strike and rejected all attempts to confer revolutionary content onto a general strike”. But precisely this unity between the political and industrial movement allowed the strike to take on a momentum of its own—letting the storm rage for as long as it could.

Many may have noted that my citations of Emil Vandervelde are somewhat ironic—he and Rosa Luxemburg would publicly debate the mass strike in 1902, and she would dismiss the Belgian General Strike of 1913 in the most cutting terms. In 1902, the Belgian workers’ movement went on strike once again for universal suffrage, with 300,000 participants. This time not the slightest concession was achieved. In 1913, yet another Belgian general strike occurred, this time with 400,000 participants. Again, without success.

Luxemburg identified the reasons for these failures in 1902 and 1913. In 1902, the Belgian Workers’ Party had an alliance with the Liberals in the Parliament, and as a result had already committed to maintaining the strike in a restricted and legal form, forbidding demonstrations and agitation in advance. As Luxemburg put it: “they deflated the latent political power of the General Strike into thin air”. The 1913 General Strike was even worse: planned from 1912 onwards, the party leadership had done everything they possibly could to postpone or prevent it, and relented only to organise it in a circumscribed, legalistic manner. In Luxemburg’s words, it was based on the idea of “avoiding any revolutionary situation, any unforeseen turn in the struggle”.

In this way, even if both the 1893 and 1913 strikes were conducted perfectly peacefully on the side of the workers, the mass strike in Belgium in 1913 represented a step backwards in political consciousness, a stultification of the movement. The unity of will and direction had been broken by the Belgian Workers’ Party’s own leadership. Luxemburg understood that the success of a political mass strike does not depend on mere mathematics: the number of striking workers combined with the money in relief funds. It depends on how far you are willing to go, and how far your opponents think you could go. Practically speaking, striking terror into the hearts of the bourgeoisie is essential.

Our Tanks and Cannons

Many calls for “general strikes” or even “women’s strikes” in the UK and the US today reflect the dismal Belgian experiment of 1913, but with even less of a mass basis. They are routinized demonstration strikes, in which the spectre of social revolution has been exorcised pre-emptively by the workers’ organizations themselves. One-day strikes, declared publicly months in advance, give so much time for the state to prepare and head off any potential disruption before any issue occurs. This was the case in the UK public sector pay dispute in 2011, when two million workers went on strike on 30 November. They dutifully returned to work the next day, without having won anything at all. Comfortable in the knowledge that the strike would only last one day, the state made careful preparations for key services to run as normal and simply waited the day out.

A political mass strike, when seriously aiming at victory, cannot have limitations forced upon it from the outset. To not know how things may turn out is undoubtedly dangerous. The party and trade union movement may exhaust their resources; they may face repercussions by the state that threaten their ability to go on as before. Luxemburg’s critics were understandably wary of such consequences—of the stakes of a political misjudgement. But Luxemburg understood that we do not build organizations for their own sake, we build them as weapons to be deployed at the right moment. That does not mean we should throw all hard-won legal rights away in a fit of pique. But it does mean a readiness to take risks and to push ourselves into direct confrontation with the state for the conquest of political rights.

What Rosa Luxemburg grasped, more sharply than many of her contemporaries, is that the political mass strike depends upon a dialectic between the organized and the unorganized which allows a revolutionary consciousness to develop in both. In every mass struggle, there will be people who are swept along, caught up in the moment, not conscious of their own actions. These people need not be a liability.

Luxemburg’s strength was that she neither dismissed them as a wild, unpredictable element about which nothing can be said in advance, as Karl Kautsky did, nor overestimated an innate radicalism of the unorganized masses, as Anton Pannekoek did. She perceived that how the unorganized masses are drawn into mass political activity is dependent upon the level of class consciousness that the organized political movement expresses. Confusion, over-caution, and conciliation in the organized working class’s political leadership leads to confusion and defeatism in the unorganized working class. A legalist, predetermined “general strike” in which a party or trade union leadership imposes artificial constraints before it has even begun is not a revolutionary tactic, it’s a charade.

Importantly, Luxemburg was not a fatalist, relinquishing all of the power of the mass strike to inevitable historical development. Luxemburg—and this is where she drew the most controversy—understood that the party was indispensable for the success of a political mass strike. As she wrote in her most famous pamphlet, The Mass Strike, the Social Democrats, as the most advanced section of the proletariat, “must hasten the development of things and endeavour to accelerate events”. This did not mean announcing a mass strike whenever something bad was going to happen, but preparing for one by educating the widest layers of the working class about their strategy and aims in the impending crisis. Without a party capable of performing this task, of pushing the working class forwards into the storm, you might as well give up on a political mass strike altogether.

In her lifetime, Rosa Luxemburg often faced being slandered as an irresponsible revolutionist, playing hard and fast with what workers depended on for their strength: their organizations. When contemporary portrayals paint her as spontaneist, someone content to tail social movements as if they arise out of thin air, they do her an even worse disservice. Rosa Luxemburg knew that workers’ organizations are, in her words, “our tanks, our cannons, that we need for struggle”. They will undoubtedly get battered in the course of the fight—that is why it is all the more important to build them up strong. The best defence is a good attack—and no attack succeeds without organization. 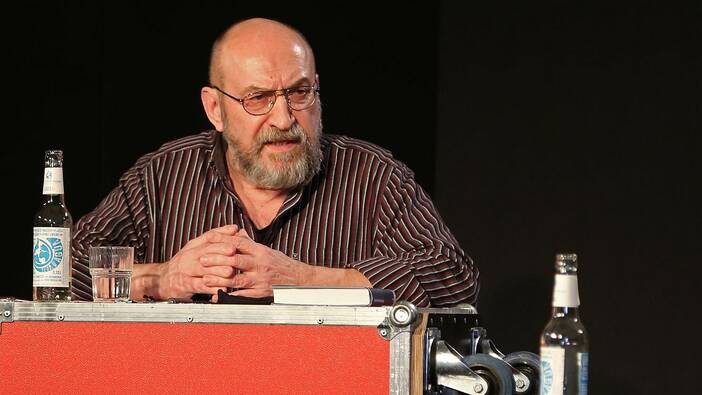