A few years ago, it was still good manners in Polish political discussions to keep open the prospect of a much-vaunted eastward expansion of the European Union. Across almost all political camps, people liked to point out that such an expansion could only be completed if Ukraine and Belarus were one day also to join the community.

This position was and is supported by reference to history: the region was once a coherent political space. Only the rise of Tsarist Russia as a European power after the division of Poland, and later the founding of the Soviet Union, separated this historical space and gave it a different character, more clearly separate from Western Europe. So far, so good—but what is interesting is that leading minds across the political spectrum, from national conservatives to the Left, were united on this issue.

Holger Politt directs the Rosa Luxemburg Foundation’s Regional Office for Poland and the Baltics in Warsaw.

Now, things are suddenly different. A majority in the Sejm (the lower, more important chamber of the Polish parliament) has voted in favour of building a massive fortification along the border with Belarus. A wall is now to be erected along some 150 kilometres of the border, which is over 400 kilometres long in total.

This will send a very different message to the world than those fine sermons about a great historical space. Indeed, only a year ago, the unexpected wave of protests in Belarus against the Lukashenko government’s electoral fraud pushed the country more clearly westwards, towards the neighbouring EU. Who could have guessed then that only a short time later a solid border, an insurmountable wall, between Poland and Belarus should be discussed and approved for construction!

This change of mind in the prevailing political climate has been caused by fear of people trying to enter the EU Schengen area via Belarus without appropriate immigration documents. Polish border guards speak of preventing more than 30,000 attempts of this kind since August.

The Belarusian government liberally issues travel documents—for example, in Iraq—in order to send those arriving in Minsk post-haste to the western border. Initially, speculation was focused on the easy-to-cross green border with Latvia, Lithuania, and Poland. During the summer weeks, however, countermeasures with border fortifications were gradually introduced on the EU side, first in Lithuania and Latvia, and later also in Poland.

Those people brought to the border from Minsk who want to enter the EU are now to be stopped. At the very least, it should be clear to Minsk that it will not get away with blackmail under any circumstances. But in this respect, those people held at the border and who can neither go back nor forward have suddenly become the pawns of big politics.

The Polish government has ordered barbed-wire fence to be erected and imposed a temporary state of emergency in the border region. As a result, journalistic reporting from the area has been made extremely difficult, if not completely impossible. A broad ban on entry also applies to anyone who tries to help the people stuck at the border directly.

Politically, the government can claim to have broken the unity of its democratic opposition on this sensitive issue. The moderate landowners of the Polish People’s Party, who form the conservative wing of the opposition, sided with the government in the parliamentary votes on the border situation—a surprise to some observers.

However, the national conservative government camp had hoped for a higher approval rating among the population as a whole, believing that its tough and resolute action would provide additional water for its own political mills, helping it escape the conflict between EU membership and national policy into which it has increasingly manoeuvred itself over the last few months. Slogans about national sovereignty and national identity, for which the government camp has stood resolutely and unitedly since 2015, were to be pushed to the fore to cover up other lines of conflict in society.

An important majority of the population is nonetheless aware that the issues arising in connection with the current border situation cannot be solved without close cooperation with other EU states and Brussels in general.

In this respect, the surprising ruling of the Constitutional Tribunal on 7 October 2021 casts a completely different light on the matter. If EU law always has to take a back seat as soon as it contradicts the constitutional order of the country, then the decisive action of the national conservative government on the border with Belarus seems like flexing the muscles of the nation-state, now trying to protect its sovereignty from supposed threats by all possible means.

There were already protests in major cities against the government’s actions at the border in October, which were mainly supported by liberal and leftist groups—although these were clearly overshadowed by large-scale demonstrations against the Constitutional Tribunal’s EU decision and against the de facto ban on abortion.

Nevertheless, these daring actions have a deeper meaning, for they reliably show how much Polish society has matured in recent years, even in the complex question of migration and immigration. Society is no longer so easily duped when people in high places unabashedly speak of danger, of refugees who want to enter the EU bringing nothing but disease and chaos with them. These signs of resistance within Polish civil society at least give us hope that things can be different. 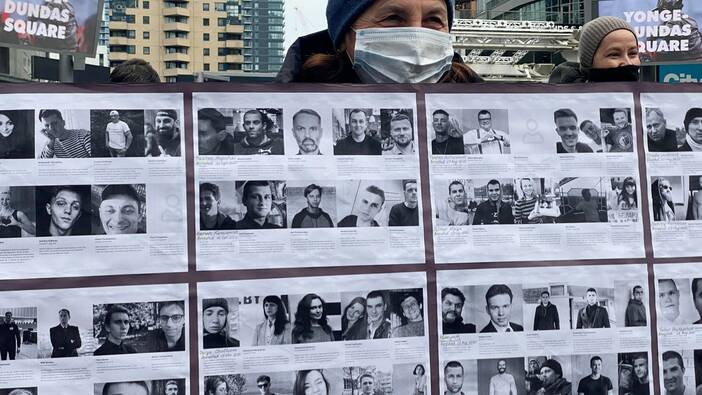 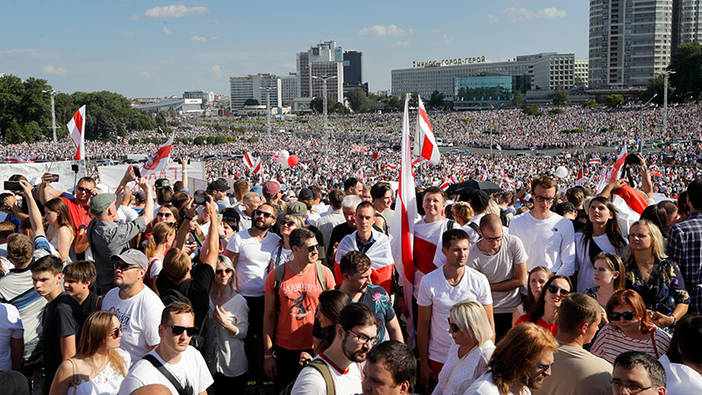