Today, Paris was supposed to have witnessed the 'largest climate demonstration in history'. An estimated 400,000 people were expected to take to the streets to demand climate protection, and climate justice - with hundreds of thousands of others protesting more or less simultaneously in towns and cities across the world.

However, the terror attacks that occurred on 13 November fundamentally changed the situation. They led Paris to call a state of emergency and to deploy police and military units around the city. Moreover, the demonstrations and actions that usually accompany climate summits were banned.

We are here to make a stand for climate justice

What we really need now is a climate summit in a city that does justice to its revolutionary heritage, and that provides the maximum possible space for positions that are critical of the official spectacle. This is particularly the case with the voices of "frontline communities" - communities from the Global South that are currently suffering the most from climate change, even though they are the least responsible for its causes.

Unfortunately, the Paris Climate Summit is taking place in a city that is marked by terror, fear and repression. In Paris, squats are being raided and people who provide activists with legal advice are being placed under house arrest. Until the end of the summit, civil disobedience has been restricted to groups of less than three people (state of emergency regulations consider any group of more than two people with a shared political message as an illegal gathering). This of course greatly limits the possibility of delivering a strong counter message to the negotiations, which already seem to be heading towards an unsatisfactory conclusion.

Nonetheless, we are here. And it is not just the Rosa-Luxemburg-Stiftung that has organised a large set of events, and which is present in Paris with an even larger delegation of people from nearly every continent. As we will see today, thousands, maybe even tens of thousands, of people, are here in Paris to make a stand for climate justice.

The anti-capitalist climate movement and climate activists that are sceptical of the summit rightly emphasise that these summits cannot protect the climate. Climate protection must be undertaken where the climate is actually being destroyed (such as in Germany's Rhineland and Lausitz regions where fossil fuels are mined). Nonetheless, climate summits lead a large part of the world's population to talk about climate change.

Moreover, these summits are places where another central demand of the climate justice movement is on the table; namely, that the Global North needs to recognise its ecological debt to the Global South and provide compensation. This is not an issue when, for example, German climate activists occupy open cast mines. People who still believe that effective global climate protection measures can be implemented without redistribution at all levels (including the global) have been paying as much attention during the last two decades as people who believe emissions trading will save the climate. As such, UN climate summits are among the few occasions where the questions of the redistribution of the burdens of climate change are truly on the table.

Finally, as our allies from indigenous movements of the Global South (including indigenous organisations from the US and Canada) point out, climate summits drive the implementation of completely wrong solutions to climate change - from market mechanisms to high-risk technologies such as carbon capture and storage (CCS) and geo-engineering.

This is why we are here. Over the coming two weeks we will be scrutinizing the summit from below, from outside, from the Left and from within. We will be taking part in and reporting on the climate (justice) movement's discussions on global strategy. We intend to demonstrate how the state of emergency is affecting the capacity of social movements to articulate radical critique and investigate whether such repressive police practices could become the norm in future. We will also be discussing the most important issues with people from all over the world: a just transition to energy democracy, a global transition of agriculture, and a humane and gender-just climate policy.

We are not here to celebrate the summit, nor are we here to bash it. We are here to talk about climate justice. Now more than ever, and even under a state of emergency. 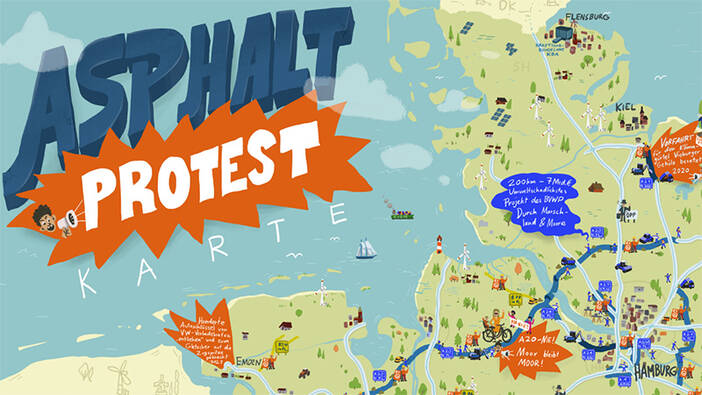