With 155, 000 participants from 135 different countries, the fifth World Social Forum held in a specially constructed site in Porto Alegre’s Marinho Park was bigger than ever, and with a wider geographic spread. Yet the future of the WSF  was on trial. Was it becoming its caricature: a kind of political Woodstock, Hugo Chavez pulling the crowds instead of Mick Jagger?

Few would question that these global gatherings are inspiring experiences for those who attend. It was the lasting value of the Forum for movements and campaigns struggling on the ground for social justice, which was in question as activists arrived in the sweltering heat and picked up their 50 page programme from the vast gasometer converted into WSF HQ. For some organisations this was the fourth or fifth year that they had spent precious resources sending delegates to the five day Forum, funding travel and hotels and losing valuable local organising time of individual activists.  `We are getting tired’ said Gianfranco Benzi, from the leadership of the Italian trade union CGIL. `It is more difficult to get people to come…it’s not clear what is coming out of it’. Or from South Africa where the pressures on local activists engaged in social movements are particularly intense, Dot Keet researcher for Alternative Information on Development Economics (AIDC) describes how she ` had real foreboding that the Forum would lose it’s purpose if it did not manage to achieve more cross-fertilisation and joint actions between the variety of participants. Without this, instead a source of support, it could become a distraction to activists struggling to build movements on the ground."

A profound political frustration underlies this self-doubt. The global social justice movement and the anti-war movement have both effectively won the moral arguments. But they have had not had a commensurate impact on the exercise of political and economic power. This was visible in the smoke signals coming from the World Economic Forum across the geographical and political divide in Davos. There,  the corporate elite were morally on the defensive, desperate to prove that they too cared about poverty yet stubbornly continuing the policies which daily mean millions go to sleep hungry – including the poor of Brazil whose government, under president Lula, (who made a brief and controversial appearance at the Forum) is being forced by the IMF to pay in debt relief which would otherwise go towards the social programme for which the leader of the Brazilian Workers Party was elected was elected.

How could the strength of moral arguments and the movements behind these arguments be turned into effective sources of  transformative power? And what role could and should  the WSF play in achieving this?

The organisational methods of the Fifth World Forum itself - the way in which the activities of  the forum were decided, the spatial and political relationship between the different seminars, workshops and debates during the five days of the Forum, the way  the food, the waste and the architecture of the Forum was organised according to the principles of the society we are trying to create, the 35,000 strong Youth Camp at the centre of the Forum’s riverside encampment – all provided glimpses of an answer. These innovations showed that the organisers of  the WSF are trying to create a closer, more directly supportive and catalytic relationship with the campaigning movements and initiatives which are the source of the Forums extraordinary energy.

In the first three Forums there was a contradiction, inevitable perhaps but ultimately debilitating if it had continued. Its founders claimed that it would be a self-managed space for the plurality of activities that made up the resistance to neo-liberalism and war. But the reality was a programme dominated by plenaries organised by an increasingly unrepresentative though well-intentioned organising committee.

After a successful experience of significantly reducing the official plenaries at the fourth WSF in Mumbai in 2004, the International Committee of the WSF took the risky  decision to eliminate the official programme altogether. Instead, it initiated a `consulta’ with the all past participants in the Forum asking them to propose the main themes of the Forum, using keywords to summaries their priority themes. The results formed the basis of  11 clusters or `terrains’ around particular themes: militarism, trade and debt, common goods, social movements and democracy and more. Organisations then proposed and registered their activities within these terrains which also were the physical focal points of  the WSF.

The theory was that groups would put their plans on the WSF website, other groups would notice an overlap or a connection with their activities and there would be a process of merging and connecting. A team of facilitators was appointed to encourage and help this process.

It was a radical experiment. It would provide a test as to whether there really was the capacity and will to go beyond a social and political market place and make contact, common cause and shared effort to develop alternatives both in day to day practice and ways of living and  policies and visions. In other words the new methodology  would test whether there really existed the basis connecting the plurality of initiatives, of a self conscious, purposeful force for global transformation, a `new  subjectivity’ as the Italians put it; or whether the WSF is simply an event which because of its welcoming organisation, interesting locations and charismatic platforms attracts a variety of campaigns and initiatives who vaguely share common values but little more.

In practice, the new  methodology was only half  implemented – more of the self-management than the co-ordination and facilitation. The electronic tools had not been developed for people to use the website to make connections and mergers. And the facilitators were generally not very active.

As a result things often felt scattered and fragmented, but most people I ‘ve talked to found the break from the centrally planned programme a real liberation. ` I came to one Forum under the old system and sat for three hours listening. I did n’t get to know anyone else; this time I’ve come back with a notebook full of new contacts and lines of common action’ said Camilla Lundberg, part of a 20 strong Swedish delegation of trade unionists and popular education activists. My own experience was similar in Terrain F on Social Movements and Democracy. The registration of self-managed activities produced an interesting pattern of very similar seminars around themes of `new politics,’ `participatory democracy’; `knowledge, democracy and power’  from different continents, proposed by groups who had not even heard of each other. The facilitator for Terrain F brought us all together and after several meetings we created new global network of activist researchers working on the new thinking and practice around democracy, political parties and the innovative political power of social movements. Far more productive and exciting than sitting listening to worthy lectures arranged by a well intentioned committee second guessing what we want. Not everyone’s experience was so positive.

But it was clear that people had come primarily to talk to each other, across cultures, experiences and projects, to organise, to plan and collectively to find the tools to make their visions feasible.

The desire to connect was strong. People invented their own ways of building cohesion, using the bare framework provided by the organisers. For example in each terrain there was a well sign-posted tent where people wrote up the proposals coming out of their activity on a specially provided `wall.’ The aim was to create a living memory or the five days’ collective work. How useful it will be will depend on how well the hundreds of proposals are collected and presented on the web-site

If you wanted to be spoon fed  was to pick up a copy of the rather lifeless free sheet Terra Viva which announced on day  four of the Forum that 19 people – 18 of whom were men  - had drawn up a `consensus’ of the Forum in an effort to give coherence to the process. The names were impressive including Edward Galeano and Samir Amin. It appeared, however, `from on high’ and did not reflect the new `bottom up’ methods of  consensus building being worked on in the tents alongside the river  Guiaba. Nevertheless it served a purpose, provoking discussions about more rooted ways of both bringing together and giving powerful expression to the work of the Forum.

No one has the answer. Evidence that people are working for a solution, that they journeyed to Southern Brazil not just to consume but to plan and organise was the Social Movement Assembly held on the final day. Tent G 901 was overflowing. Representatives of different groups – Antiwar campaigns; groups working for democratic control against water; campaigns around debt, around the WTO and the world wide attack on public service; feminist organisations; the growing movements on climate change came to the microphone one after the other to announce agreed action plans negotiated across different seminars and campaign sessions during the Forum: March 19th global action for the withdrawal of troops in Iraq; April 17  peasants and small farmers co-ordinating a global day of action to act against subsidies to agri-business, against GM food and for local control over the production of food;  July 8 pressure on the G8 in Scotland to cancel the debt and for action to impose a global tax on financial transactions to finance development; October 17th    the end of global march of women from Sao Paulo to Burkino Faso; other actions included policies around the democratic ownership of water as a common good, the changes needed to avoid  the mounting climate chaos.

It was only a beginning, however, involving only a fraction of the Forum’s participants. But it reflected a recognition that the WSF itself is not the embryonic framework of a new political force but rather the catalyst for the variety of assembled collectivities  to build that force themselves. What this new `subjectivity’ will be is also an open question. Certainly it will not be singular. The old agencies of left politics were socialist parties, providing leadership of different kinds for the broader working class movement. The development of Social Forums is leading the more innovative left political parties to rethink their role, their understandings of leadership and representation. The traditional organisations of labour are also using the Forum to create new alliances and develop new tactics in the face of  capital’s global reorganisation and the new insecurity and fragmentation of labour. At its best, the new self-organised Forum provides an opportunity for developing the mutual understanding across cultures, generations and political traditions that is a precondition of sustained common action. The co-ordinated demonstrations against the Iraq war on February 15th 2003 was the first proof that the Social Forums – both the WSF and continental forums like the European Social Forum – can act as a catalysts for a power greater than the sum of those who attend their meetings. Next year, the WSF will be held in three different continents, the year after in Africa. This decentralisation and new location will be a test of whether the cohesion of Feb 15th was a `one off’ or whether the experiments at this year’s World Forum stimulated a further maturing of an new, innovative source of  political power. 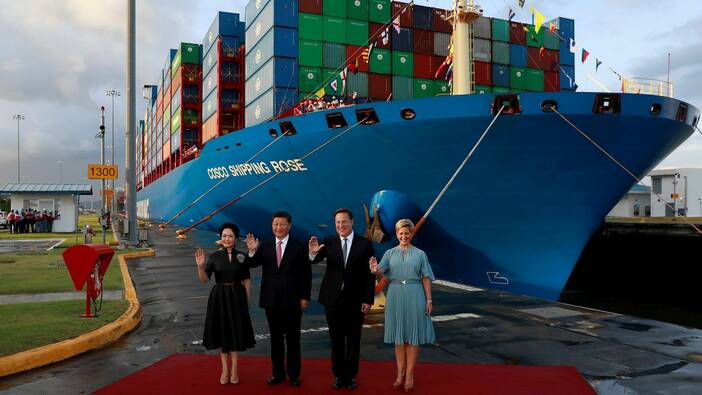 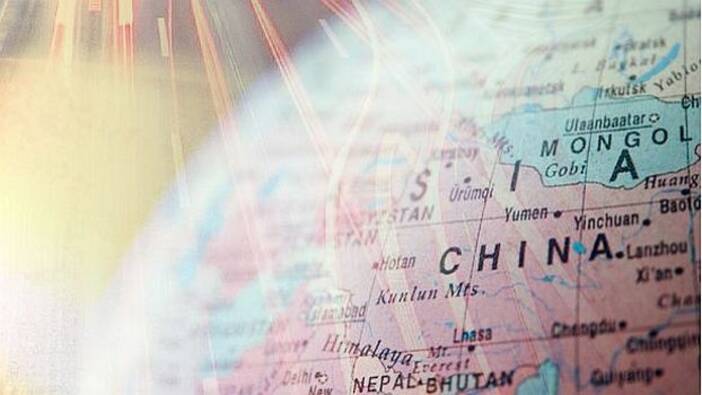