On the surface, 2018 was a good year for the Western Balkans. In May, just after the presidents of Serbia and Kosovo had announced they would sign a “historical agreement” to end their territorial conflict, the EU heads of state once more re-emphasized the region’s European perspective and promised to step up their commitment. And then, a new government took office in Skopje, helping Macedonia and Greece to settle their 27-year name dispute: in June, the heads of state Zoran Zaev and Alexis Tsipras met on the shores of Lake Prespa, on which both countries border, where they agreed on a compromise solution that Macedonia would change its name to “Republic of North Macedonia”.

Dirk Auer is an independent journalist who reports primarily on Southeast Europe. He also founded the journalist network balkan:biro. Translated by Lyam Bittar and Max Henninger for lingua•trans•fair.

But underneath this appearance of progress there has been a paradox at work for some time: while in terms of technical details the accession states have definitely moved closer to the EU, there is a growing gap between their understanding of democracy and the rule of law on the one hand, and the catalogue of requirements laid down by the EU on the other. Across the region, more or less authoritarian and clientelistic regimes have taken power. This is addressed in the EU’s progress reports, but far too mildly, as NGOs criticize. In a region such as the Balkans, where conflicts ignite all too easily, the EU puts other considerations first. Its priority can be condensed into a simple formula: “stability before democracy”.

Settling the conflict between (North) Macedonia and Greece also ranked high on the stability and security agenda. For years, Athens used its veto power to keep the former Yugoslav republic from moving forward with its Euro-Atlantic integration under the name “Republic of Macedonia”. Adopting its new name would clear the country’s path to EU and NATO membership—and further loosen Russia’s grip on the region. But before the Prespa Agreement can enter into force, it still needs to be confirmed by the parliaments in Macedonia and Greece—and an additional referendum in Macedonia. There is a problem, however: the agreement, while celebrated internationally, lacks broad public backing. And so, given everything that is at stake, it hardly comes as a surprise that EU decision makers are not only willing to turn a blind eye on these states when they undermine the rule of law. In critical moments, they are even prepared to actively encourage such breaches.

Already the way in which the question was formulated in the September referendum was manipulative to an extent: “Are you in favour of European Union and NATO membership by accepting the agreement between the Republic of Macedonia and the Republic of Greece?” This conflation of two distinct issues caused not just the nationalist opposition, but also the Macedonian left-wing party Levica to call for a boycott of the referendum. Levica opposes NATO membership and is pushing for a Balkan federation instead. The government’s campaign, by contrast, received tremendous support from the West: Angela Merkel, US Secretary of Defence James Mattis and the EU’s foreign policy chief, Federica Mogherini, all travelled to Macedonia, calling on voters to seize this “historic opportunity”.

Despite this cast of high-profile visitors, the outcome was a crushing blow to the referendum’s supporters. 91 percent of voters were in favour of adopting “North Macedonia” as the country’s new name, but with turnout at 37 percent the referendum failed to assemble the necessary quorum of 50 percent. Both Zoran Zaev and the EU’s Commissioner for Enlargement Negotiations, Johannes Hahn, were quick to interpret the defeat as a resounding victory. And because the referendum was non-binding, the decision was passed on to parliament. Zaev initially considered holding early elections in order to bolster his democratic legitimacy, but he was pressured by Hahn who was convinced that the two-thirds majority needed to amend the constitution could be secured by other means. As someone with expert knowledge of the region, Hahn is familiar with its local idiosyncrasies. He was hoping to see a kind of Balkan rationalism emerge, as he explained in an interview with the Kurier, an Austrian daily.

The solution was an amnesty law that would benefit opposition MPs involved in the storming of the Macedonian parliament in April 2017, when supporters of the nationalist VMRO-DPMNE had attempted to prevent the election of a new parliamentary speaker. Legal experts were shocked by this political intervention, and Vilma Ruskovska, the public prosecutor handling the case, even doubted the “selective amnesty” was constitutional. No objections whatsoever were expressed by the EU. It was the same remarkable silence the Union had lapsed into when former Macedonian autocrat Nikola Gruevski fled the country to seek asylum in Hungary. Meanwhile, Macedonians have been speculating that the government may have known about Gruevski’s plans to escape.

Macedonia is not the only case proving that the EU is willing to put stability before democracy and the rule of law. Whether we look to Montenegro, Serbia, Kosovo or Bosnia and Herzegovina, the governments in power are being referred to by a new term: they are “stabilitocracies”. The neologism was coined by Montenegran historian Srđa Pavlović. Stabilitocracies are semi-authoritarian regimes that stage themselves as guarantors of stability and make EU integration their primary objective—and are thus endorsed by Brussels. At home, however, they undermine democratic principles and the rule of law, attack the media, and subordinate state institutions to party interests.

A list of textbook stabilitocrats would include Serbia’s head of government, Aleksandar Vučić: a former radical nationalist turned passionate EU supporter who rules the country practically single-handedly. Until recently, Macedonia was also celebrated as a poster child of stabilitocracy. Although former Prime Minister Nikola Gruevski had obviously transformed the country into a mafia-style semi-dictatorship during his years in power, he nevertheless presented himself as a cooperative refugee crisis manager. In return for closing the Balkan Route, Austria’s foreign minister Sebastian Kurz supported Gruevski during his election campaign.

Srđa Pavlović has drawn attention to the fact that the West’s relationships with stabilitocracies tend to end once they reach a stage when one of the partners either fails or refuses to meet its security commitments—or once a promising new alternative appears on the map. Gruevski’s problem was not only that his style of government openly violated the entire codex of democratic principles. Even worse from a Western perspective was the fact that his ultra-nationalist policies were not at all constructive in solving the dispute with Greece over Macedonia’s name. In fact, thanks to a conjunction of public protests, social democratic opposition, and international mediation Macedonia has been the first country in the region to witness a promising change of government. The Social Democrats had not only promised to continue working towards reconciliation with Greece, but also vowed to restore democracy and the rule of law. The fact that their fall from grace was actively tolerated by Brussels has given those observers pause for thought who believe in EU integration as a driver of political reforms.

There is positive news, however. Throughout the Balkans there has been an emergence of oppositional movements no longer willing to put up with the current political and social grievances. In Bosnia and Herzegovina, heavy social protests sent shock waves through the political system in 2014; in Montenegro, thousands stood up against their long-time ruler Milo Đukanović; and in Serbia, up to tens of thousands of people kept taking to the streets in order to demonstrate against their president’s authoritarian stance. It is striking, though, that no one at these protests was waving the EU flag. In contrast to Poland, large parts of the population consider the EU an ally of the ruling class. 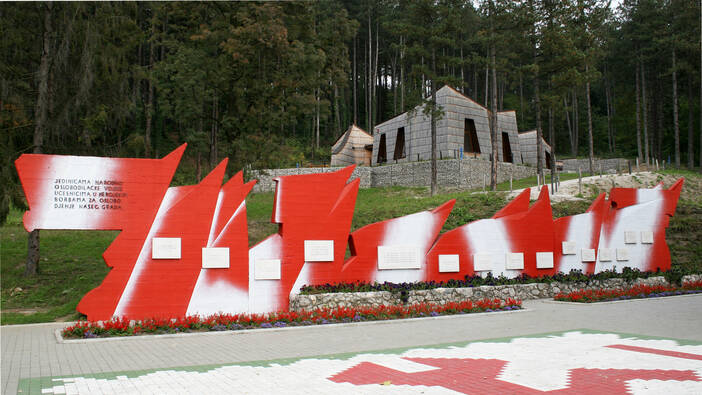