The Rosa-Luxemburg-Stiftung’s Centre for International Dialogue and Cooperation officially marked its latest international presence last month with the opening of a new Regional Office in Almaty, Kazakhstan. The Rosa-Luxemburg-Stiftung Central Asia takes over from the Moscow Office, which conducted a limited range of activities in the region as part of its CIS programme over the last decade, and will focus on working with partners in Kazakhstan, Kyrgyzstan, Tajikistan, and Uzbekistan.

Loren Balhorn works as an editor at the Rosa-Luxemburg-Stiftung in Berlin and was part of the delegation to RLS Central Asia's formal opening in October 2019.

Nearly 30 years after the collapse of the Soviet Union and independence for its former republics, Central Asia remains a region in transition, as its people seek to redefine their place in the world after 150 years of incorporation into the Russian Empire and the Soviet project. The 1990s were a period of economic contraction and material hardship for the people of Central Asia. The collapse of the Soviet Union brought with it a collapse in trading activity, state subsidies for everyday goods, and a temporary loss of identity. Economic recovery has been mixed, but the region today has moved past the immediate post-Soviet chaos and is gradually emerging as an important bridge between Europe and Asia and a critical geopolitical space in the Chinese-led “Belt and Road Initiative” (BRI).

Unlike in the former Baltic Soviet republics, independence movements in Central Asia were relatively subdued. Following the dissolution of the USSR, the transition years—which in Tajikistan and Kyrgyzstan were sometimes also violent—witnessed a high degree of continuity among the Soviet-era nomenklatura, who were often able to leverage their countries’ extensive natural resources to consolidate the new national ruling class’s power. Since then, elites in the new Central Asian republics have strived to both spur economic growth as well as endow their societies with a sense of national identity, drawing on cultural traditions from the era before Russian colonization. Although the political climate across the region diverges from state to state, recent years have witnessed the cautious emergence of civil society initiatives to varying degrees, as citizens take up issues ranging from pollution, corruption, to public accessibility for disabled people.

Reaching Out Across the Region

The Rosa-Luxemburg-Stiftung Central Asia seeks to link up with these and other actors to help foster the growth of democratic spaces and participation in the region. The Regional Office’s work is guided by three fundamental goals: firstly, strengthening social, economic, cultural, and civil rights across the region; secondly, promoting civic cooperation both within and between Central Asia and neighbouring regions; and thirdly, developing a critical politics of remembrance and promoting the production and reception of critical theoretical inquiry.

Current collaborations include a long-established relationship with the German-Kazakh University (DKU) in Almaty, Kazakhstan, with which the Rosa-Luxemburg-Stiftung has already conducted several projects, including a study on the effects of the Belt and Road Initiative. The BRI stands to dramatically impact the economies of Central Asia in the coming decade, and has been met with a mixture of excitement and suspicion in the region. The study aims to go beyond mere economic questions, however, and better understand what potentials the development carries for the social and political situation in Kazakhstan and neighbouring republics. Through this partnership, the RLS hopes to facilitate exchange between experts and the general public across the region on this important infrastructural project, while also gauging popular perceptions and raising awareness about the BRI between myth and fact. The project began in March of this year and will continue throughout 2020. Initial findings were presented at an international conference held by the RLS and DKU in Almaty on 15 October.

Another important field for the Office are issues of social justice and solidarity. Together with local partner organizations, the RLS aims to support the formation of inclusive societies in which all citizens can actively take part in their development. The RLS will, for instance, continue working together with local organizations for the promotion and assertion of the needs and rights of various vulnerable groups like the disabled, as well as for gender and generational justice across the region. Although infrastructure varies depending on location, physically vulnerable groups in Central Asia are often confronted with a lack of necessary services and marginal public awareness of their predicament. To this end, RLS Central Asia teamed up with groups like the Association of Gerontologists of Kazakhstan in 2019 to spread awareness, and help develop concepts for active living in old age in Kazakhstan.

The People Behind the Project

The Central Asia Regional Office’s official opening was attended by a delegation of staff and dignitaries from Berlin, including Chair of the Executive Board Dagmar Enkelmann, Barbara Höll, also a member of the Executive Board, as well as Dr. André Hahn, a member of the German Bundestag for Die Linke and vice-chair of the German Parliamentarians’ Central Asia Group. The delegation was introduced to the Central Asia Office staff, sat down with the secretary of the local city government, the Maslihat, K. Kazanbayev, for a discussion on Almaty’s and the region’s future, and took part in the aforementioned conference on the Belt and Road Initiative, officially titled “The ‘New Silk Road’ Initiative: Perspectives for Socio-Economic and Socio-Political Development in the Central Asian Countries”.

Another particular highlight for attendees was a meeting with activists and scholars from the Central Asian republic of Kyrgyzstan, where the Office is currently engaged in discussions with potential project partners about future cooperation. As the country with the most permissive political atmosphere in the region, Kyrgyzstan enjoys a comparatively vibrant civil society and a range of socio-political actors seeking to change their country for the better. Topics discussed ranged from air quality in the capital Bishkek, LGBTQ rights in the country, and an initiative seeking to boost political literacy and increase access to critical literature for young people.

The Central Asia Office’s inaugural director is Marlies Linke, who previously worked in the Stiftung’s Asia Unit in various positions responsible for and coordinating RLS programmes related to China, Southeast, and South Asia. She graduated from the Moscow State Institute for International Relations specializing in the international relations of China, and conducted research in the country from 1989–1990. Also fluent in Russian, Marlies has been in Kazakhstan to establish the office since September 2018, and looks forward to many exciting projects in the years to come.

The Office also benefits from the expertise of highly qualified local staff members, such as the two Project Managers Leyla Muzaparova and Daniyar Kussainov. Leyla holds a doctorate in economics and previously served as first deputy director of the Kazakhstan Institute for Strategic Studies under the President of the Republic of Kazakhstan, and was deputy director at the Institute of World Economics and Politics (IWEP) from 2004–2009. A political scientist by training, before joining the Rosa-Luxemburg-Stiftung Daniyar was previously a visiting research fellow at the Norwegian Institute of International Affairs in Oslo, a research fellow at the Soros Foundation Kazakhstan Public Policy Initiative, and at George Washington University. Both Leyla and Daniyar have researched and published extensively on the region, and will now direct that expertise into the Stiftung’s analysis and work in the region.

Since beginning its work at the turn of millennium, the Rosa-Luxemburg-Stiftung’s Centre for International Dialogue and Cooperation has expanded to encompass 25 offices on five continents, working with partners in over 80 countries. With the addition of RLS Central Asia, we look forward to expanding our presence and deepening our network in one of the most dynamic, and oftentimes understudied, parts of the developing world. Particularly in light of the Belt and Road Initiative, we hope to help facilitate a solidary, constructive dialogue between civil and state actors in line with our stated mission of political education and forging alternative social models rooted in a democratic socialist vision. 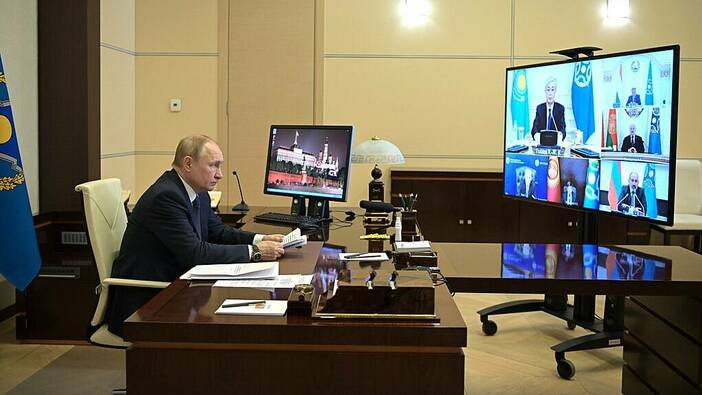 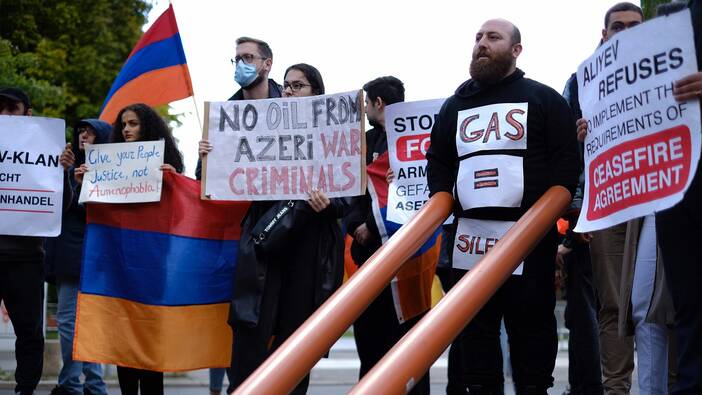