A deluge of global ecological crises is shaking the world to its core. Amid supertyphoons, intensifying droughts, and accelerating sea-level rise, a central question haunts the world: can we produce our way out of the climate crisis? Can we find a way to harness the dynamism of capital to get us out of the multiple crises on climate, biodiversity and pollution?

While it might be easy to formulate generic answers—'Yes, innovation is the solution', or 'No, what we need is degrowth'—it can also be easy to get lost in ideological trenches and lose sight of the real debates and struggles that people are fighting around the world in these abstractions. The discourse, for instance, on the viability of electric cars as a veritable climate solution should not be weighed without interrogating the underlying motivations for the recent civic unrest and suppression unfolding in Chile and Bolivia, where 68 percent of the world’s lithium in salt flats —an important element needed for battery storage—are located.

Thus, it is important to note that by undermining democratic processes and the capacity of civil society to resist, authoritarian governments in these countries are paving the way for the access of corporations to these reserves. But, the driving force behind this coordinated suppression of civil society can be traced to the voracious consumption of the Global North, which was woven into the ethos of green capitalism.

Cars and the Capitalist Fairytale of Limitless Freedom

In the modern world, the automobile is a signifier of unencumbered ambition—of a particular kind of freedom. It is the material embodiment of an earlier age of capitalism where it provided heroism and freedom, but only to those who can afford it. No longer bound by train or bus schedules the driver is able to take full control of his daily activities.

Car commercials abound with images of men driving in open freeways, zipping through relaxing vistas with reckless abandon—as if to say that he is taking over the wheel of his destiny. But, amid a global awakening to the impending climate apocalypse, the carbon emissions of an ever-growing market of car owners can no longer be ignored. In the European Union, for instance, 44 percent of the transport sector’s emissions come from cars. In Germany alone, where 46 million private cars are registered, the emissions from automobiles are expected to grow in the coming years.

How can capitalism still promise freedom when the rapidly approaching planetary boundaries are ever more clearly highlighting the constraints placed upon our actions?

So how does the car fit into this new world that is increasingly becoming aware of the climate crisis and is slowly waking up to the demands of the climate justice movements in general, and the youth strikes, in particular? How can capitalism still promise freedom when the rapidly approaching planetary boundaries are ever more clearly highlighting the constraints placed upon our actions: our systems of production, circulation and consumption, and our mode of production? Can there be absolute, i.e. limitless freedom, and infinite growth on a finite planet?

Frankly, no. Not at all. The science is clear on this: unchecked economic growth in an increasingly distressed planet is a fairytale.

Of course, big corporations and the fossil fuel industry are offering a myriad of climate solutions that would pander to middle class sensibilities of “keeping the peace,” such as the ludicrous idea of geoengineering (because: what could possibly go wrong?) all the way to electric cars. The story being told by technocrats and industry leaders is that we need to “revolutionise” car ownership by replacing fossil-fuel powered vehicles with electric automobiles that promise zero emissions and more efficient machines. Thus, we are offered a compromise—we get to buy new “cleaner” cars and enjoy these modern comforts while also cutting the industry’s pollution.

Mines: The Real Tale of Natural and Human Limits

To be clear, electric cars would, if running on electricity that is produced solely from renewable sources, have a somewhat lower carbon footprint than their older cousins fueled by gasoline – after these have been driven for at least 30,000 km. Electrifying the global car fleet would probably go some way toward reducing our carbon footprint and there are certainly contexts in which few units of e-cars will be needed. However, it must be noted that the material footprint of electric cars is enormous, in fact, it is larger than that of traditional cars. Contemporary electric cars are massively powerful mobile computers that don't just get built out of thin air. These, in fact, require more, and a greater diversity of metals and raw materials than a car with an ICE (internal combustion engine).

Simply put, more electric cars mean more mining. And where there is intensified mining, social conflicts also arise because residents living on top of these mineral deposits would assert their right to live in their place of birth. This holds true in Germany and the Philippines, in Bolivia and the United States, in spite of the very different histories as coloniser and colonised, of subtle and much more blatant (and violent) human rights abuses. But, in many places, people share a common call to action. People are saying 'No', and are (re)claiming a 'Right To Say No' to mining.

For instance, the German village of Pödelwitz, long slated to be destroyed to make way for lignite mining has recently managed to turn things around, and, with the support of Germany's powerful climate justice movement, will now remain standing. In South Africa, the Xolobeni community fought for decades against plans by an Australian mining company to destroy their livelihoods and habitats by mining the red sand dunes for titanium oxide. After insisting on their 'Right To Say No' for decades, a South African court finally ruled that they had precisely this right.

A False Solution to a Very Real Problem

It bears repeating, then, that these solutions do not tackle the crux of the crisis. That is, that the production of these technologies, especially electric cars, rely heavily on the exploitation of those living on land where raw materials such as lithium, coltan, nickel, and titanium are abundant. There is a schism between green capitalism and planetary boundaries that is being articulated by the many resistance movements against mining all over the world.

Through these struggles, where people are standing up against the rape and plunder of their ancestral homes shall we find genuine freedom. Rather than pay for an artificial version of freedom being manufactured by the car industry, we are invited to join the struggle for the liberation and empowerment of oppressed peoples so that we may consolidate power in achieving the ultimate freedom: the ability to chart a path beyond capitalism.

The climate crisis, then, demands that we respond to it by radically changing our societies, economies, and financial systems—and that response is deeply connected to the issues discussed above. The name given to that response in different parts of the world is Green New Deal (GND), a project that, for all its different articulations always involves massive investments in so-called 'green technologies' like e-cars and many others.

However, as articulated above,  the global rich must not again tap into and exploit the veins of the Earth—in Asia, in the Americas, in Antartica—like they did in Galeano's powerful rendering of European colonialism in Latin America. The Global North must not continue to feed its overconsumption through the exploitation of indigenous people’s lands, labor, and resources. The North must recognise its colonial atrocities and pay its ecological debt to the world.

Any GND that resurrects these dynamics by way of overproducing for Northern consumption – except this time it won't be ICEs, but e-cars that are the justification for displacing, dispossessing and killing people—must be viewed as a type of green colonialism. In this light, it is also vital to safeguard the right of communities to self-determination. Against this neocolonial plunder, we insist on every community’s right to say No to Mining.

Building a better world entails more than just replacing existing technologies with more efficient machines. It requires reckoning with our shared histories of colonial oppression, resource plunder, and imperialism. We are challenged to tip the balance of power to the side of the disadvantaged, bearing in mind that justice entails both holding historical oppressors to account and reimagining new pathways to an equitable world.

Join us at COP25 and the counter-summits! 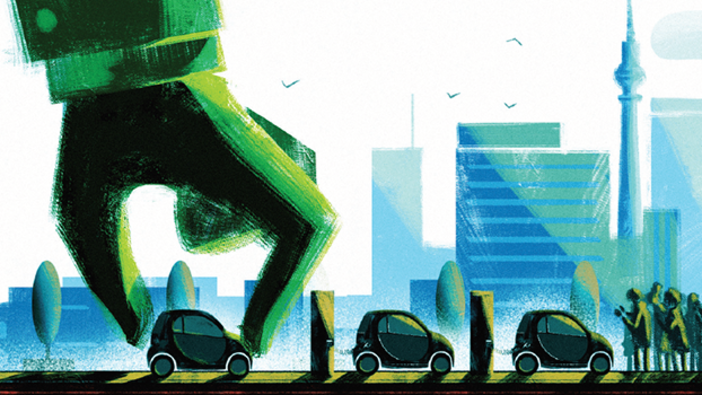 Challenging the Sustainability of Nickel-based Production for Electric Vehicle Batteries 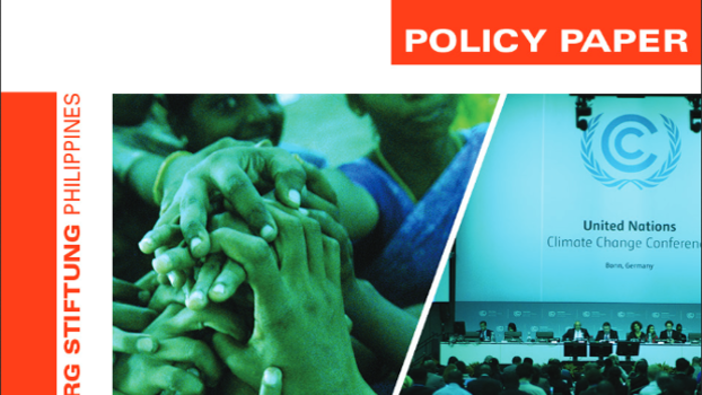