Stateless people—who lack any nationality—are excluded from many of the rights and protections afforded by states to their nationals. They are undoubtedly among those most impacted by the COVID-19 global pandemic and risk being among those most affected by its fallout unless their specific circumstances and views are considered by policymakers and government authorities and acted upon now. This week, the European Network on Statelessness (ENS) is joining with stateless activists living in Europe and global civil society to shine a light on the particular impacts of COVID-19 on stateless people, and call for a concerted effort from states to include stateless people in their economic, health, and social responses to the pandemic. From what we know about COVID-19, states will need to implement comprehensive solutions that leave no one behind—otherwise any plan to contain the virus in the longer-term and prevent future flare-ups will ultimately fail.

Nina Murray is Head of Policy and Research at the European Network on Statelessness.

There are more than half a million stateless people in Europe. They are members of minority groups who have always lived in the same place (sometimes for generations), like 13-year-old Lirije and her family from North Macedonia’s Romani community, who is stateless because her parents were unable to register her birth. They are also people who have moved across borders or fled conflict in other parts of the world, like Nirjevan, Ayman and Ibrahim, stateless Kurds and Palestinians who escaped war in Syria to seek safety in Europe. Statelessness occurs for different reasons including discrimination, state succession, legal conflicts, and deliberate policies of deprivation or denial of nationality. Stateless people and people at risk of statelessness in Europe have many and different aspects to their identities, but all are falling through myriad systemic gaps being exposed by this crisis. What stateless people all have in common is their lack of nationality. They have no state to turn to in a time of crisis to guarantee them healthcare, safety, social security, an income, a roof over their head, or food to eat. Some are even being blamed for the spread of the virus and targeted in lockdown enforcement measures.

Statelessness is not “just” an abstract legal anomaly. It is a preventable and solvable violation of human rights that will cost many lives in this pandemic if governments do nothing about it. It is why, in 1954, in the shadows of another global crisis, world leaders came together and adopted the UN Convention Relating to the Status of Stateless Persons (shortly after its sister Refugee Convention in 1951). It is why both these conventions set out basic rights that states must guarantee to people on their territory in need of protection. It is why the ultimate goal must be to realize everyone’s right to a nationality and end statelessness. All but five of the 47 Council of Europe member-states have signed up to the 1954 Convention. They have committed themselves in law to upholding the rights of stateless people. So why, more than 60 years on from 1954, are people still falling through protection gaps?

Involving Stateless People in the Response to COVID-19

One of the reasons is the relative invisibility of statelessness and stateless people in the debate. To be effective, policymaking needs to be evidence-based. Responses to this pandemic—and future ones—must consider how lack of nationality impacts on public health outcomes and access to fundamental rights. In the longer term, we need more research on this nexus between health and statelessness. In the shorter and medium term, ENS is working with its civil society members, stateless activists, and representatives of stateless communities from around Europe to better understand the impacts of COVID-19 and response measures on stateless people, and what action needs to be prioritized.

In addition to surveying ENS members to ask them about the impacts they are witnessing, earlier this month activists and community representatives from across Europe came together with ENS’s support in a series of online meetings. The discussions over four days have been worked into a position paper, published this week, which should serve as a starting point for decision-makers and stakeholders responding to the pandemic to address some of these specific issues. From these discussions, we have learned that community organizations are already on the ground doing crucial work to support stateless people such as making accessible information videos, setting up hotlines, organizing WhatsApp groups in different languages, and delivering direct relief packages to the most at risk groups excluded from government support.

Stateless individuals and communities have always been proactive in organizing and creating solutions to the problems they are confronted with, which are unimaginable to those of us who take for granted the ease with which we can perform administrative tasks like registering a birth, seeing a doctor, getting married, acquiring a driving license, travelling, or receiving a school certificate. While community organizing may provide a short-term coping mechanism for marginalized stateless people, the COVID-19 crisis requires solutions beyond those that individuals and communities are able—or should be expected—to provide for themselves. As we confront the fallout of a global public health crisis, it is more important than ever to be led by those on the frontline, and to take account of their expertise when shaping solutions. This will require concerted action and collaboration from all stakeholders, including governments (both local and central), regional institutions, civil society, and stateless communities.

The Impact of COVID-19 on Stateless People

Understanding how the full extent of the pandemic and its socio-economic fallout will affect stateless people across the region is a long-term objective. As with other populations, it calls for nuanced and intersectional analysis to ensure no-one is left behind. Nevertheless, what we have learned from our engagement so far is that COVID-19 is having a specific social, economic, and health impact on stateless people in Europe now, which is exacerbated by discrimination and must be recognized in government responses. Members of minority groups are particularly affected. One of our members, a Romani activist from North Macedonia, will speak at a online seminar this week about the impacts of the pandemic on Romani people in the Western Balkans. Reports have been emerging of extreme hardship, police violence, ethnic profiling, and hate speech against Roma populations in recent weeks. Roma are disproportionately impacted by risk of statelessness in several European countries due to a toxic combination of antigypsyism, histories of displacement, state succession, and barriers to civil registration.

The current crisis is also exposing the vital need for routes to regularization for stateless migrants in Europe, many of whom are undocumented and have no way to acquire a residence permit. Neither do they have anywhere to go because no country recognizes them as a national. They are stuck in a legal limbo. Many end up facing lengthy and damaging periods of immigration detention as a result. There are clear and effective good-practice models for statelessness determination procedures and protection measures that enable states to identify who is stateless on their territory and grant them the rights they are due. Yet few countries have implemented such procedures, and many stateless people now find themselves in an irregular situation in a time of crisis, reporting a lack of access to healthcare (including COVID-19-related care), fear of approaching authorities for assistance, a lack of information, food, shelter, income, and difficulties providing for their children’s education where schools are closed.

We must not forget that even before the pandemic hit, thousands of children were growing up in Europe without a nationality. Children are at risk of being born stateless in Europe because of gaps or conflicts in nationality laws, discrimination, and persistent barriers to birth registration for undocumented migrants, refugees, children born in transit, and children born to same-sex or minority parents. States have so far failed to ensure that every child, regardless of the residence status or identity of their parents, has their birth registered, acquires a birth certificate (which is vital to establishing their nationality by place of birth or parentage), and has their nationality determined. Children like Stera and Mohamed, whose father is a stateless Syrian Kurd and mother a Syrian national, were born stateless in Europe because gender discriminatory laws in Syria (and 24 other countries around the world) mean that women cannot confer their nationality to their children on an equal basis with men, and the European country they were born in did not have a full safeguard in place to ensure they acquired a nationality at birth. The current closure or limitation of civil registration, nationality, and consular services due to COVID-19 restrictions is exacerbating the risk that more children will grow up in Europe without a nationality.

Notwithstanding these specific challenges, positive and inclusive responses to the crisis are also possible and have been identified. Several countries in the region have shown leadership in recent months by extending healthcare, socio-economic, and residence rights to marginalized populations, introducing firewalls to prevent data-sharing between health and immigration authorities, and taking proactive steps to release people from immigration detention, support community organizing and information sharing, and prevent destitution. More must urgently follow their example. Drawing on the recommendations put forward by activists and community representatives , we have identified five areas in which governments and regional institutions should prioritize action to ensure that their immediate and longer-term policy responses to the pandemic are inclusive of stateless people: 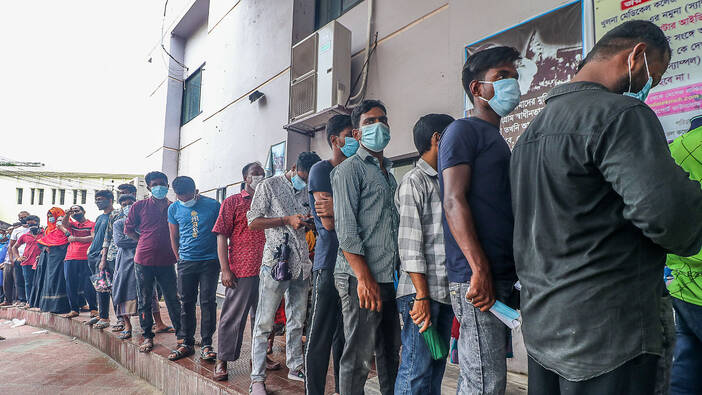 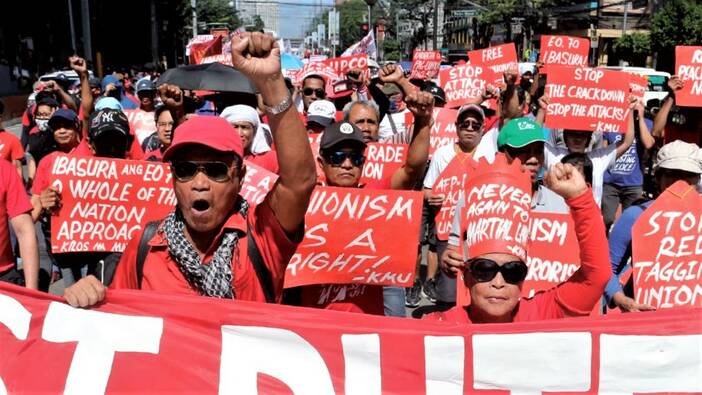