Data from the World Health Organization showed that the Philippines have logged 8,143 new cases since 16 June, the highest among 22 countries in the Western Pacific region. The Philippines’ COVID-19 cases have climbed to 35,000 as of 28 June, and since no mass testing has been carried out, these numbers, released by the Department of Health, are likely to be higher.

Reihana Mohideen is a member of the National Council of the Party of the Labouring Masses (PLM) in the Philippines.

In order to tackle the spread of the virus, the Duterte administration announced a partial lockdown of the metropolitan region of Manila, starting on 15 March. One day later, a so-called “Enhanced Community Quarantine”, or ECQ, was imposed by the Philippine government in the island group of Luzon. Other regions followed by the beginning of April. The ECQ is effectively a lockdown, representing the strictest movement restrictions implemented in the country. The general order was to stay at home, and travel between different cities or barangays [1]

The COVID-19 pandemic has highlighted the social and economic relationships of capitalist society that used to be invisible, exposing many of its exploitative and irrational traits. In the Philippines, we have a combination of the worst government features under the current conditions of global capitalism. The country’s ailing public sector co-exists with “the strong arm” of a state that has maintained, and even increased, its capacity to mobilize the military and the police to impose a range of authoritarian measures, from a war against the urban poor in the guise of a campaign against drugs, which has caused the deaths of tens of thousands of people, mainly youth, to the establishment of martial law in the southern island of Mindanao.

Today, this dual character of both a weak and also repressive state is starkly demonstrated in the response of the Duterte regime to the COVID-19 pandemic, characterized, essentially, as a “highly militarised response” to a public health crisis. This militarised response is a continuation of the authoritarian politics of the regime, which, besides its punitive tenor, is also profoundly opposed to women’s rights and feminist mobilization.

The capacity of the Philippine state to provide even the modicum of public services, systems, and related infrastructure, such as health, water, power, housing, public transport, and public education, has been gutted after decades of structural adjustment programmes and debt. In addition, the dictates of neoliberal economic policies imposed by international financial institutions, such as the International Monetary Fund (IMF), the World Bank, and the Asian Development Bank (ADB), coupled with bilateral and multilateral agreements with imperialist countries—enthusiastically embraced by the country’s technocrats and successive elite governments—have all contributed to the erosion of social policies.

These policies led, among many other developments, to the increase of the informal sector. With 6.6 million Filipino women working without a formal work contract nor social security guarantees, women are overrepresented in the informal economy, and were immediately and disproportionately affected by the economic repercussions of the COVID-19 crisis.

The draconian lockdown measures instantly deprived informal sector workers of their livelihoods and criminalized the work of vendors. Moreover, informal sector workers have no access to sick leave and have even been excluded from the meagre one-off welfare payments made by the government in response to the crisis. The precarious nature of informal sector work makes accumulating savings difficult, particularly for women because they have lower earnings in comparison with their male counterparts. In addition, women working in the formal sector are concentrated in the industries that have been most affected by the pandemic and lockdown, such as retail, hospitality, and tourism.

Given the dire economic situation at home, many Filipinos, and especially women, are leaving their country in search of better employment opportunities. Overseas Filipino Workers (OFWs) comprise 11 percent of the population. The pandemic has left many workers stranded overseas, without income. Women domestic workers have been left particularly vulnerable by the pandemic, as they often reside in their employer’s home.

Since taking office in 2016, President Duterte has been waging a “war on drugs” that has already killed as many as 27,000 people according to the Philippine Commission on Human Rights estimates of December 2018, with the vast majority of the victims sharing the characteristics of being young, poor, and living in urban impoverished communities.

The strict lockdown measures and their policing have exacerbated law enforcement violence. Indeed, police forces have been deployed to carry out house-to-house searches for COVID-19 patients. Human rights organizations and activists have reported grave abuses during these searches, such as the killing of children accused of violating movement restriction measures.

In particular, the policing of the COVID-19 containment measures has increased the vulnerability of women to abuse by the military and the police. Many women have reported sexual harassment at COVID-19 checkpoints by law enforcement officers. As women make up only 12 percent of law enforcement in the Philippines, COVID-19 mandatory health screenings of women, such as temperature checks, are often conducted by male officers.These health screenings provideopportunities for the perpetration of gender-based violence.

Furthermore, sex workers have traditionally been prone to suffering police violence. The police, and prostituted women, have a long and toxic history in this country. As the pandemic has reduced economic opportunities and the earning ability of women, concerns have been raised over the increasing numbers of women relying on prostitution for their livelihood, which, in turn, increases their exposure to police abuse. The policing of anti-COVID-19 measures has created a “new norm” of military personnel coercing women into providing sexual services to pass through checkpoints—trading sex for an ECQ pass and transport, according to members of the Coalition Against Trafficking in Women-Asia Pacific (CATW-AP). In addition, there are reports of women increasingly turning to online pornography to secure their subsistence.

In past statements, president Duterte has repeatedly legitimized rape, and consciously promoted a culture of impunity in relation to sexual harassment and violence against women. As a matter of fact, the regime’s authoritarian rule has primarily targeted women. The leaders first removed from office were notably women, such as the former Supreme Court Chief Justice Maria Lourdes Sereno, and Senator Leila De Lima, who continues to languish in jail. Moreover, female journalists critical of the Duterte administration have been particularly prone to attacks by the regime. Maria Ressa, executive editor of the news website Rappler, for instance, was convicted of cyberlibel on 15 June, and is facing up to six years in prison.

We, Filipino women, have to resist and fight for our pressing demands, which include protection from violence, access to adequate social security  and a properly funded public health system, decent working conditions, and safe public transport. To achieve this, we need to be able to use our traditional forms of struggle—strike actions and mass mobilizations, both decentralized and centralized, based on broad awareness-raising campaigns—in a way adapted to these pandemic times. We need to be able to take back, safely and responsibly, the public spaces that are being denied to us.

To confront the capitalist status quo, we must draw on our own historical experiences and cultural roots, such as the key concept of “bayanihan”, which refers to the spirit of communal unity, cooperation, and mutual assistance that structured social relations in the pre-colonial Philippines, before the imposition of a feudal hierarchy system by Spanish colonizers. Under the patriarchal capitalist system, bayanihan was replaced by the monetization and exploitation of labour, by fierce competition, by the veneration of capital and private property, and in the later period, by the continuous privatization of public goods and services at the expense of the community’s welfare. Today, while the concept of bayanihan has been expropriated by the Duterte government,[2] we can reclaim it by promoting the original spirit of bayanihan, and integrating it into our understanding of socialism—a “bayanihan socialism”.

One of the pillars of bayanihan socialism is women’s liberation, feminism, and gender equality. Colonialism and class rule overthrew the women’s rights recognized in some pre-capitalist societies that had been shaped by matriarchal values . The concept of gender equality already existed in Filipino culture. Before the Spanish colonization, women had decision-making powers and could become political leaders in their communities, with the same rights as men.

A socialist-feminist alternative, with solidarity at its core, means fighting this system of elite, patriarchal, and capitalist rule. We need to be able to take back, safely, the public spaces that are being denied to us. Draconian law enforcement cannot be allowed to cover for the failure of both the state and neoliberal capitalism to respond to this health crisis.

[1] A barangay is the smallest administrative division in the Philippines and is the native Filipino term for a village, district, or ward.

[2] For instance, the law giving the president special powers to respond to the pandemic was named the “Bayanihan to Heal as One Act”. 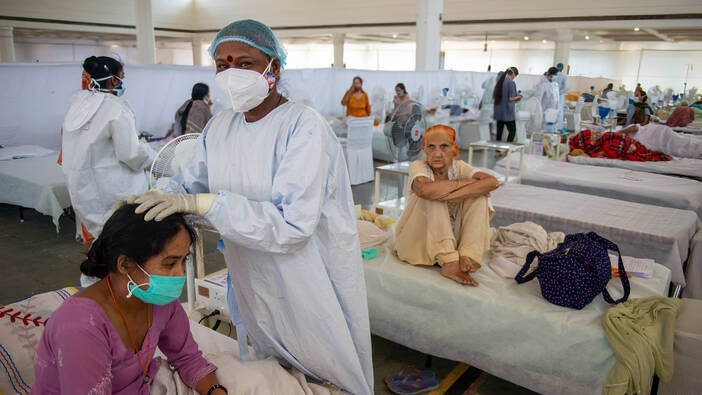 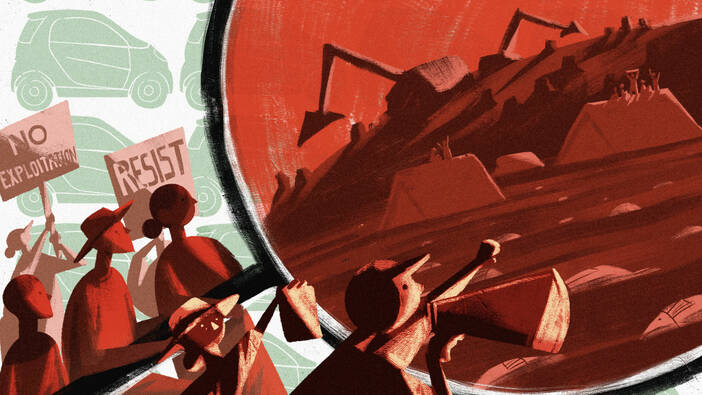