The “car-friendly city” refuses to die—although long since buried as an urban ideal, it remains alive and kicking as a social reality. Anyone who makes their day to day journeys on foot or by bicycle can easily reel off a litany of its woes: blocked roads, fear of trucks, speeding drivers, dangerously close encounters with vehicles, and annoyance at waiting times on noisy, noxious streets. Stress and arguments are not uncommon components of the pedestrian experience. Who does not know the feeling of getting slowed down while on foot, risking their life as a cyclist, being pushed to the sidelines as a “mere” human being? On the streets, anyone not sitting in a car is a second-class citizen. Is this a new kind of class question? Not quite, since those on low incomes also have low rates of car ownership. Almost half of all households that belong to the poorest 20 percent do not own a car at all. Among the top 40 percent of earners, less than 10 percent are carless, and about half of these households own two or even three vehicles (Nobis/Kuhnimhof 2019). Poorer people are also more likely to live on busy streets, in neighbourhoods without green spaces, and in small apartments without balconies. They are thus all the more in need of access to calmer public space. The burden of motorized private transportation is unequally distributed, and is also a disaster in economic terms, with every kilometre driven in a car bringing around 15 cents of “external cost” along with it. In total, this amounts to over €110bn a year, a cost that everyone in society is forced to bear, rather than simply the motorists responsible for causing it (Bieler/Sutter 2019). Over the past 30 years, car-passenger kilometres have increased by about one-third per year (BMUB/Federal Environment Agency 2020), while in 2018 the Volkswagen Group again made billions in profits despite the emissions scandal.

Sabine Leidig is a trade unionist and was managing director of Attac Germany from 2002 to 2009. Since September 2009, she has been a federal MP for Die Linke, and is particularly engaged in discussions concerning the mobility transition and questions of social-ecological transformation. This article first appeared in LuXemburg, and was translated by Jordan Schnee and Ryan Eyers for Gegensatz Translation Collective.

Decades of car-centric investment and infrastructure policy have shaped the contours of our cities and landscapes. Despite the Club of Rome and the holding of numerous international climate conferences (with the first held in Geneva in 1979), since 1990 road networks in Germany have been extended by 2,100 kilometres, while railway network has been reduced by 6,500 kilometres over the same period. Since reunification, federal states and municipalities have built over 250,000 kilometres of new roads, but only 5,000 kilometres of new rail has been laid. Correspondingly, the fleet of private motor vehicles in Germany  increased from 30 million to 41 million vehicles in 2010, reaching a record 47 million vehicles in 2019. These “autoimmobiles” all need parking spots. This is space that then cannot be used for playgrounds, seating, trees, pedestrians, cyclists, and public transportation. On average, cars are only used as a means of transport for just over an hour per day, meaning that for almost 23 hours they sit around taking up space that could otherwise be made available for alternative public use. (Randelhoff 2016).

Today’s road regulations privilege car traffic. The basis for current legislation was laid out at the beginning of the last century in the “Motor Vehicle Traffic Law” (Gesetz über den Verkehr mit Kraftfahrzeugen). The Nazi Party developed this into the “Road Traffic Regulations for the Reich” (Reichs-Straßenverkehrs-Ordnung), which largely remained in effect in West Germany until the 1970s. A pillar of traffic injustice has been the so-called the “Parking Space Ordinance” (Stellplatzverordnung). The “Garage Ordinance for the Reich” (Reichsgaragenordnung), mandated that every new apartment from 1939 have a garage. Today, this is a matter for the federal states, and their respective handling of the issue is illuminating. Brandenburg, for example, has abolished the requirement for the construction of parking spaces and leaves regulation up to local municipalities: in some cities, the number of parking spaces has been capped to reduce traffic. The Bavarian building code, on the other hand, prohibits municipalities from reducing the number of parking spaces, and opens the door to higher minimum requirements. Taufkirchen, for example, mandates 2⅓ parking spaces for any apartment larger than 41 square metres. The desire for “doorstep parking” often trumps all other needs. The scale of fines for infractions also contributes to traffic injustice. While parking violations cost between €10 and €20, fines for fare-dodging on public transport are between €60 and €120. In addition, federal law limits the cost of a resident parking permit to €30.70 per year, a laughable figure when compared to the rent levels and real estate prices found in large cities.

A second mainstay of the prevailing traffic regulations is the principle of “flow and ease of traffic” where traffic of course exclusively refers to vehicles. Proposals for additional footpaths, traffic calming measures, and bicycle-friendly traffic lights often fail not only because of the narrow-mindedness of local councils and city administrations, but also because of the complaints of car-loving residents—often retired lawyers—who invoke this principle. The current Road Traffic Regulations (Straßenverkehrsordnung, or StVO), which adhere to the maxims of the car-centric city, must be replaced by new “Road Usage Regulations”.

A Fresh Start is Needed: Enshrining an Equitable and Environmentally-Friendly Right to Road Usage

Road-related priorities must be fundamentally reworked, with equitable mobility options, accessibility, environmental and climate protection, and public health and physical safety the new primary concerns. The use of public street space must be completely rethought from the ground up, with all relevant parties from civil society and the sciences given equal opportunity to shape its redesign. In 2019, Die Linke’s parliamentary party drafted a position paper on this issue which puts forward a list of concrete demands.

In order to expedite a more equitable transportation framework, a few key changes are of particular urgency:

The recent 1 January 2020 amendment to the StVO is a meagre one to say the least. The introduction of no-stopping zones and higher fines for cars and trucks on cycleways were long-overdue changes. As a concession for these new regulations, however, the Minister for Transport was able to push through a clause that permits cars with three or more occupants to use reserved bus lanes. Meanwhile, the CDU-SPD grand coalition and federal government more broadly continue to invest billions of euros every year into the construction and expansion of federal highways. Despite all stated climate goals, the “financing circulatory system for roads”, which allocates income generated by the toll on trucks to road construction is still in effect. Despite the fact that more money is urgently needed to fund the expansion of rail and bus services, none of the billions in subsidies for motorized private transportation will be touched; instead, control of the “electrification of the road” will remain in the hands of the automobile industry, even though their highly profitable promotion of SUVs has now completely exhausted itself (see the Wolf article in this issue for more information on this topic). Despite this state of affairs, as early as 2014 over 80 percent of the population considered the act of giving up a car and moving to public transportation, cycling, and travelling short distances on foot to have a positive effect to quality of life (BMUB/Federal Environment Agency 2015, p. 12 and 34f.).

Changing Cities—A Movement against the Cementing of Traffic Conditions

The public discourse surrounding the issue of mobility is increasingly being shaped by initiatives demanding a socio-ecological shift in transportation. In 2016, the group behind the Berlin Bicycle Referendum made an immediate impact, with its Ten Aims for a Bicycle Bill quickly garnering more than 100,000 signatures (see the Petri article in this publication for more information). Cycling was one of the key issues of the 2016 Berlin state election campaign. After the incumbent grand coalition failed to achieve an absolute majority, the new three-way coalition government between the SPD, Die Linke, and the Greens undertook to incorporate the goals of the referendum into a new mobility bill. This bill aims to systematically improve conditions for cyclists and pedestrians in the city, as well as upgrade the public transport system. The success of the Berlin referendum encouraged people throughout Germany to launch similar local initiatives. In Aachen, Bamberg, Bielefeld, Brandenburg, Bremen, Darmstadt, Frankfurt am Main, Hamburg, Kassel, Munich, Regensburg, Rostock, Stuttgart, Tübingen, Würzburg, and the federal state of North Rhine-Westphalia, pro-cycling referenda have been or will be held, supported by the non-profit association Changing Cities. This pressure from the streets has also re-energized the General German Cycling Association (ADFC).

Last year, mass demonstrations against the car mania on display at the International Motor Fair (IAA) in Frankfurt am Main sent an important signal, with “Transport Turnaround Now!” and “Down with Autocracy!” two of the slogans used by the 25,000 demonstrators to call for the total reworking of transportation policy. Organizations such as the ADFC, BUND, Campact, Environmental Action Germany, Greenpeace, Friends of Nature Germany, and Traffic Club Germany were just as much a part of the protests as the #aussteigen (#getout) rally ride, the “Sand in the Gears” blockades, and the Attac discussion forum. Building bridges to the movement for climate justice has brought about a new politicization. The the organization of traffic and mobility is no longer simply a fringe issue, and a social battlefield has finally emerged from the supposed “laws of nature”.

The impetus generated by the Fridays for Future movement has also had an impact on trade unions. Public transportation concepts are being developed in DGB circles, and IG Metall is discussing different perspectives on industry transformation. Meanwhile, EVG has launched their “Rail Saviours” campaign, and ver.di is currently preparing strike action and forging coalitions for better public transportation infrastructure and better working conditions for the sector’s employees (see the Kaya & Zschiesche article in this issue for more on this topic).

A scan of the 2018 Environmental Awareness Study reveals some remarkable statistics. With regard to the development of transportation, 50 percent of those surveyed want above all for the environment and climate to bear as little burden as possible. 40 percent wish for everyone to be able to make their daily journeys comfortably and economically. Only 10 percent see the success of the German economy as being the top priority. The vast majority of those surveyed (89 percent) are of the opinion that current transport policy is mainly focused on economic interests (BMUB/Federal Environment Agency 2018).

Transportation policy encompasses a wide range of social issues: inequality and gender, social participation, working/production conditions, different lifestyles, and everyday culture. A reworked transportation policy must therefore be wrested from the respective federal and state governments. We can lay the groundwork for this in every community by fighting for the implementation of alternatives, pushing for mobility and access for everyone with less traffic to boot.

We should be fostering hope and determination for a different kind transportation policy as well as for a broader re-ordering of society as a whole. Instead of abandoning streets and public squares to old strategies, or new digital economy growth programmes, they can be democratized. Car companies can be communalized so that their employees build vehicles and logistics systems that make social and environmental sense, instead of going on pro-SUV marketing blitzes (see the article by Eckardt et al. in this issue for more information). Both working hours and travel distances can be shortened. A radical transformation in perspective is needed in order to develop convincing policy to facilitate the necessary shifts in transportation. 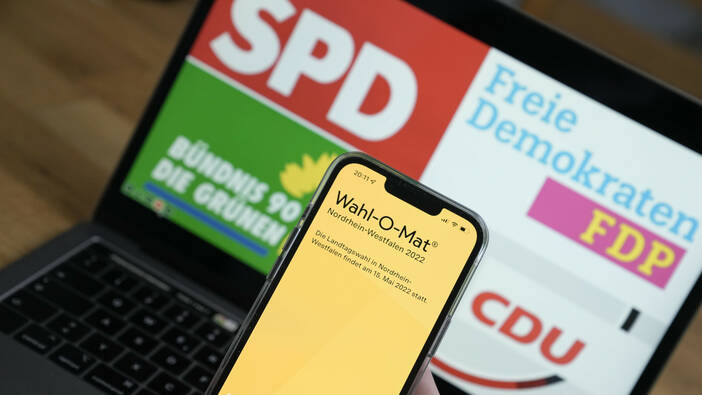