Even the turbulent political events of 1968 did not deter Hungarian Marxist philosopher György Lukács in his conviction that the decisive alternative to Stalinism was to be found in socialist—and not bourgeois—democracy. In August 1968, events in the Czechoslovak Socialist Republic (ČSSR) culminated in military intervention from Moscow, an apparent regression to measures considered to belong in the past. The situation prompted Lukács to take a stance on the urgent question of democratization within socialism. In doing so, he was moved by his own belief in the long-term viability of those European regimes that had been under the influence of the Soviet Union since 1945 and had continued to develop in what they themselves described as a socialist, non-capitalist direction.

Holger Politt is the head of the Rosa-Luxemburg-Stiftung’s Warsaw Office.

Lukács saw the deep crisis in which this development was mired—and which in 1956 had shaken Hungarian society and now, in 1968, was shaking Czechoslovakia—as a situation that was fundamentally still able to be resolved, albeit through other means than the violent applications of military force ultimately chosen by the leadership in Moscow. The fact that tanks were deployed in order to retain control was, according to Lukács, an irrefutable sign of blatant flaws in the general path taken to date.

Following the Soviet invasion of the ČSSR, Lukács attempted one further radical
critique of Stalinism. Even if its text was never completed, the critique is significant both in its thorough theoretical argument and the solutions it puts forward. Lukács points to an existing social potential that would make it possible to avoid, without using force, a slide into bourgeois and capitalist relations—a potential that, according to Lukács, was not to be underestimated.

The Problem of Democracy

He rightly locates the solution in the issue of democracy, which he analyses on the basis of the development of Soviet-influenced socialism since October 1917. The fact that all previous attempts at a complete democratization of the system had failed is clearly established. That this defect threatened to continue to grow and, indeed, to stifle the entire process of overthrowing capitalism was felt by Lukács more keenly than by any other.

However, he was convinced that the seed of democratization had been planted in socialist society, and hence that it could be cultivated. Equally, he took the view that processes at work within the ČSSR were—all criticisms aside—strong indicators of this potential, but also represented a final warning that the entire process might soon be derailed.

The work was begun in the autumn of 1968, but it remained unfinished in the sense that its sound analysis was never refined into a textual form intended for the broader public. The essay Demokratisierung heute und morgen was published in the original German in 1985 in Budapest with minimal editorial intervention, and appeared in English translation six years later as The Process of Democratization.

The publisher not only retained but underscored the text’s original form as a working document. Without question, this has hampered the reception of this late political work; in the process of reading, the reader must follow a set of difficult and often fragmentary threads through the history of the analysis of democracy in Marxist and Leninist theory. It is in these traditions that Lukács seeks the key to solving the problems posed by the situation in 1968. He divides his treatise into two main sections: “Bourgeois Democracy as a False Alternative for the Reform of Socialism” and “The Pure Alternative: Stalinism or Socialist Democracy”.

In the first section, Lukács approaches the issue of democracy from a historical perspective, pointing out that dehistoricization of any kind might immediately create or call up “fetishes, be they positive or negative”, through which democracy’s role as the “concrete force of political order” is obscured or completely ignored. From this perspective, the history of bourgeois democracy is, above all, a history of self-delusion about the bourgeois contents of democratic struggles. Today’s bourgeois democracy is, he argues, the “current culmination” of the development of a centuries-old and manipulated social order. Lukács establishes a fundamental contradiction between democratization, which strives for universal expansion, and the contrived universality of the capitalist market.

Here, Lukács draws a connection to the Marxist critique of modern society, according to which capitalist relations are indeed characteristic of a developed society and can thus be understood as one stage in the intensified self-realization of the human species. It is, however, precisely this realization that ultimately limits the human, preventing it, at the social level, from reaching its full potential, from raising itself to become truly human. As a consequence, bourgeois democracy, too, remains for the majority of people a mere promise, one which will never be realised under capitalist relations—this is Lukács’s clear appraisal.

The logical conclusion is that the question of democracy within socialism ought not to be misidentified as a question of the expansion of bourgeois democracy. On the contrary, Lukács discards bourgeois democracy as an alternative to socialist democracy. Any such attempt would lead to the elimination of socialism and—he claims—most likely of democracy itself. The outcomes of 1989–90 were to confirm the first but not the second of these prognoses.

The Legacy of the Councils

Lukács is no less critical when discussing the issue of democracy in relation to the development of the socialism of the day. He points towards legal, institutional, and administrative structures that would have been necessary if a proletarian democracy were to have been established in the years following 1917–18. He clearly identifies a later break under Stalin’s rule, which eliminated every function of the existing democratic organs.

Building on this, however, Lukács points towards forms or incipient organs of democracy that had survived the earlier, Leninist phase of development. In particular, he underscores the role of the council movement, which arose spontaneously everywhere and, step by step, led to an increase in class consciousness. It was therefore under Stalin, according to Lukács, that the council system essentially ceased to exist, ground down by the cogs and wheels of a radically bureaucratic process.

Throughout his mature period, Lukács had often suggested drawing on the council system of the Leninist phase and developing it further according to new requirements. This argument is laid out in most detail in the manuscript for The Process of Democratization. Here, Lukács outlines “socialist-democratic achievements” while emphasizing the threatening onset of bureaucratization: the bureaucracy of centralized planning is unwilling to renounce its absolute grip, even as the criteria and the tasks it sets, and the means of control it employs, have very little to do with a mode of production that might actually fulfil the needs of the people. The core of the council system, as Lukács details elsewhere, is that it is built from below—rendering it superior also to the parliamentary system in bourgeois democracy.

In short, Lukács remained firm in his conviction that the council system, which Lenin had attempted to build up before the Stalinist period, could address the drastic lack of democratization in socialism without relinquishing those key changes achieved in the ownership structure of the means of production. In keeping with this line, Lukács understood that the real and historically proven alternative in socialist democratization lay in the council system as a counter-measure against Stalinism.

The fact that this kind of democratization or development failed to occur (adequately) in the area under Soviet power and influence during the 1970s and 1980s should not be held against Lukács. He attempted nothing more than to deepen a reading of the democratization process in the ČSSR and its consequences for the fabric of socialist society.

Lukács’s investigations remained firmly within the Soviet Union system, proposing to reform rather than to revolutionize it, but certainly not abandon it. The achievements of the Soviet Union were, in his view, far too valuable for the rescue and maintenance of civilization. This was substantiated by the fact that, according to Lukács, the Soviet Union had gained status as the second-strongest industrialized country of the world while hardly having made concessions when it came to the socialization of the mode of production.

At an inconspicuous point in the text, Lukács fleetingly mentions Rosa Luxemburg, correctly noting that she—for reasons that are clear—was not sufficiently able to influence the course of events in her day. In this regard, the influence of Lenin after 1917–1918 cannot be compared to that of Luxemburg. However, the experiences of 1989–90, including the rapid precipitation of the Soviet-style socialist system’s collapse, also offer new perspectives.

From one day to the next, Luxemburg’s work on the path away from dependency on capitalist relations and towards a socialist future gained in relevance—at least within the context of comparisons, important for historical reasons, between her positions and those of Lenin.  Luxemburg was no longer simply a fascinating critic of the Leninist model. Her approach was now taken more seriously and regarded as equal in importance to that of Lenin and the Soviets. Here, it suffices to list a number of central principles that Luxemburg—unlike Lenin, whose calculations were always oriented towards political power—was never to see realized.

To begin with, she decisively rejected the possibility of expanding socialism in one country alone; the path to a new social order was, for her, one that would have to involve the entire world. Secondly, the path to socialism was for Luxemburg a question of gaining the support of the majority. Without this support, she was firmly convinced that any political power already gained must be relinquished and a new attempt made. Thirdly, the state of exception known as the dictatorship of the proletariat would necessarily be a transition phase, be kept as brief as possible, and conclude with the introduction of a constituent assembly. Fourthly, even during the state of exception, it would be impermissible to suspend the three civil liberties—of speech, assembly, and association.

A closer look at the path drawn up by Luxemburg reveals a process towards a liberal socialism that, despite its ruptures, indeed retains a significant legacy inherited from bourgeois society. The alternative—to forgo political freedoms and democratic rights in order to achieve socialism—has proven to be an historical dead end. 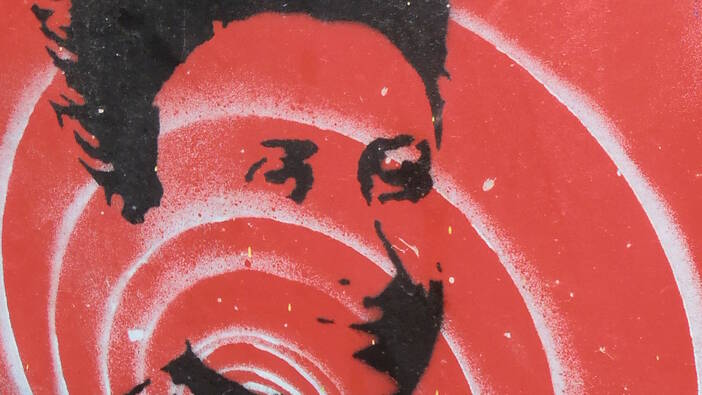 How can we learn to fight from a woman murdered in a doomed struggle 100 years ago? 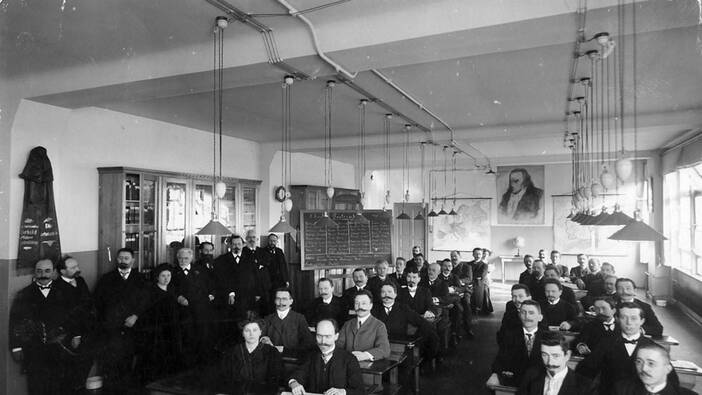 As a teacher at the SPD party school, Rosa Luxemburg taught worker-militants to see the world like…