On 26 March, Palestinians in the occupied West Bank cities under Palestinian Authority (PA) control voted in the second phase of the municipal elections. This round of elections was particularly noteworthy given President Mahmoud Abbas’s postponement of legislative elections scheduled for 30 April 2021 under the pretext of Israel preventing Palestinians in occupied East Jerusalem from participating. Critics of Abbas have argued that the president uses Jerusalem as an excuse to avoid democratic elections at a time when his party, Fatah, is divided. The last time legislative elections were held in 2006, it was not Fatah but Hamas — the Islamic party — that won a majority of seats.

Sari Harb works as a programme and political communications manager at the Rosa Luxemburg Foundation’s Regional Office for Palestine and Jordan in Ramallah.

In the meantime, municipal elections in the West Bank carried on as usual, unaffected by this turning point in Palestinian politics, and continued to be held almost regularly every four years. Yet it is important to note that although municipal council elections are held regularly in West Bank cities, they have very limited impact on the region’s actual governance. This is due to the Israeli occupation’s control of land and resources, not to mention the PA’s control of regulations by the Ministry of Local Governance, which has veto power over most municipal institutions.

Historically, elections are conducted in one phase and on the same day in all cities and villages. However, the PA faced a great deal of pressure following heated events in the spring of 2021, including the Jerusalem escalations and war on Gaza, the cancellation of the legislative council elections, and the killing of Nizar Banat. All of these events adversely affected the PA’s popularity and bolstered the impression within the Palestinian public that the PA coordinates with Israel and represses the local population at the expense of resisting the occupation.

Amidst these tensions, the PA divided the municipal election process into two phases. This decision, which was rejected by most political parties, could be  seen as a move by the PA took to test its popularity. The first phase was conducted in rural local councils on 11 December 2021, and was less politically significant as it covered small villages with small populations. Meanwhile, the second phase, held on 26 March included all the big cities, such as Nablus, Ramallah, Al Bireh, and Hebron.

As far as Gaza is concerned, which Hamas controls and appoints mayors and councils for each area, it has not held municipal elections since the Palestinian division of 2007. Hamas also officially boycotts municipal elections in the West Bank, unless a general election is called. However, Hamas participated in this round of elections informally through nominating less well known candidates, as did the other political parties.

The informal participation of Hamas and the unity among some left-wing formations, such as the Popular and Democratic Front, Mubadara, and the People’s Party added a bit of spice to the elections, as they presented a threat to the PA and Fatah. These parties have been frustrated with the PA’s leadership, which resulted in more security coordination with Israel, more dependence on donor aid, less resistance, and more corruption within its bodies.

In total, this round of elections encompassed 50 councils with a total of 633 seats. The number of candidates nominated reached 2,306, of which 676 (27.2 percent) were women. Eight lists were also headed by women.

In most of the councils, several lists did not run as political parties but rather as independent figures. These lists worked in a quite challenging environment, which included interrogation by the PA apparatus and arrests by the Israeli forces. An example of this was Islam al-Tawil, a candidate running for mayor in the city of al-Bireh. His list won the council with a majority, yet he is now serving four months in Israeli administrative detention. The Central Elections Commission condemned these arrests as “blatant interference in the electoral process and a violation of freedoms and democratic practices”.

Election day itself went smoothly, although low participation was noted in some areas. Voter turnout reached 53.69 percent, as the total number of voters was 377,895 in all localities out of 715,413 eligible voters. This was 2 percent less than in 2017.

According to the CEC, “independent lists won 64.4 percent of the total contested council seats of 632, whereas partisan lists obtained 35.6 percent of seats.” As noted, several political candidates ran in these elections as independents. These included the Manarat Ramallah list, a left-wing coalition including the Popular Front for the Liberation of Palestine, the Democratic Front for the Liberation of Palestine, the People’s Party, and Mubadara, in addition to additional figures who registered as independents. One of the many explanations for this tactic is that the oppressive environment enforced by both Israel as well as the PA, which makes many Palestinians prefer to hide their political affiliations.

Although the municipal elections are over, the results cannot be generalized at this stage. After all, each city and each council has its own unique characteristics. That said, the results could help us to understand the general mood of Palestinians living in the West Bank. It is noticeable, for example, that the lists calling for ending the PA’s security coordination with Israel made gains in some major cities, such as in Hebron, al-Bireh, and Tulkarem — where they won a majority. Fatah maintained power in some cities, such as Ramallah, Nablus, and Jenin. In some councils, voting was based on family ties more than political ones.

What is important now is to enhance Palestinians' trust in democracy again, as the memory of the 2006 elections is still fresh in their minds. Holding general elections is the needed step, for which it is vital that any and all obstacles be removed. Most significantly, it is vital that all parties, particularly the international community, accept the outcome of the elections. 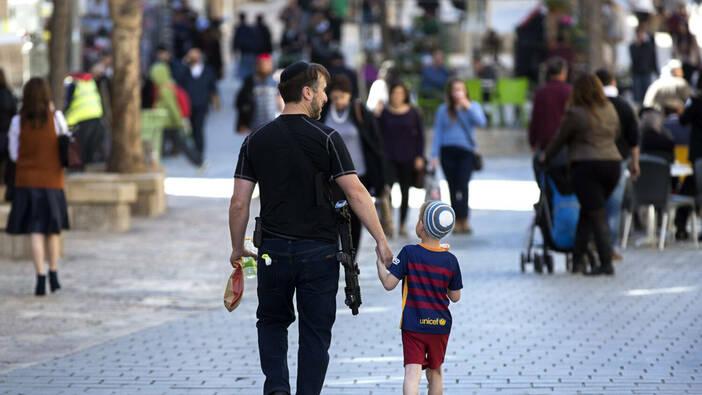