The question of how to deal with the material destruction caused by climate change, especially in poorer nations, is set to become one of the most crucial — and most controversial — issues in international climate negotiations. While countries of the Global South fight for a financial mechanism to compensate what is officially called “Loss and Damage”, thus establishing the issue as a third pillar beside mitigation and adaptation in the United Nations Framework Convention on Climate Change (UNFCCC), industrialized countries are doing their best to counter these efforts out of fear they will inspire further demands for reparations for the damage caused by the climate crisis.

Hafijul Islam Khan has been a climate negotiator for more than 15 years, with a focus on climate justice and Loss and Damage. He is a member of the Warsaw International Mechanism for Loss and Damage associated with Climate Change Impact and co-coordinator of the Loss and Damage Negotiations for the Least Developed Country (LCD) Group at the UNFCCC.

At the climate negotiations in Glasgow in November 2021, instead of establishing a Loss and Damage mechanism, a three-year process known as the “Glasgow Dialogue” was announced, while debates around the institutional architecture of the Santiago Network, the body within the UNFCCC tasked with dealing with Loss and Damage, were continued at the subsequent Bonn Climate Change Conference in June 2022.

The controversies around Loss and Damage are far from settled, and will be the subject of heated debates at the upcoming twenty-seventh Climate Change Conference held by the Conference of Parties (COP27) in Egypt in November. A few weeks before the conference gets underway, Juliane Schumacher spoke with climate negotiator Hafijul Islam Khan about what the main disagreements are and what we can expect from the negotiations in Egypt this year.

At COP26, the climate conference that took place last November in Glasgow, it was the aim of the countries of the Global South — mainly represented by the Group of 77 and China — to devote more attention to the issue of Loss and Damage within the UNFCCC by establishing a separate financial facility. Why haven’t they succeeded so far?

I wouldn’t say it was unsuccessful. We didn’t get what we expected completely, but it wasn’t a complete failure.

There were three issues to be debated in Glasgow. First, the functions of the Santiago Network on Loss and Damage that was established in 2019. Second, the form of the financial facility we wanted to establish. Third, the governance issue — the question where in the UNFCCC system the issue of Loss and Damage will be placed in the future.

We got the functions — we defined the six key functions of the Santiago Network — and we agreed to work further on the structure. Secondly, among the Group of 77 and China, we agreed to establish a financial facility. But the developed countries have not agreed, it is really difficult to do so for them. So, in the end we got a compromise, the so-called Glasgow Dialogue.

A dialogue on the issue of Loss and Damage that will take three years.

Yes. But unfortunately, what we have not agreed on are the modalities of the dialogue. It is not even agreed on how the outcomes of the dialogue will affect the decision-making process. These are the limitations of the agreement.

However, during the meeting of the subsidiary bodies, the Climate Change Conference in Bonn, we, the Group of 77 and China, sent a letter to the secretariat of the UNFCCC for the preparation of COP27 to reach a financial arrangement for Loss and Damage — and we got a letter back. They agreed to put this issue on the agenda, and so at COP27 we will try our best to establish this financial facility.

It is not easy. But among the 134 countries of the Group of 77 and China, we now have a common position, and that makes us stronger in the fight against the developed country parties in this regard.

COP: Conference of Parties. The annual meeting of all countries that have signed the convention, the UNFCCC, and are thus parties to it. Usually takes place at the end of the year. This year, the conference will take place in Sharm El-Sheikh, Egypt.

CTCN: Climate Technology Centre and Network, a body of the UN Environment Programme.

ExCom: Executive Committee of the WIM, responsible for the implementation of the decisions of the COP in regard to the Warsaw mechanism. It consists of 20 members from countries that are members of the Climate Convention.

Group of 77 + China: The group represents mostly countries of the Global South within the UN system. The Group was founded in 1964 by 77 states, and today has 134 members.

LDC: Least-developed countries, countries that belong, according to certain criteria, to the poorest countries within the system of the United Nations. According to the last report of the responsible committee, 46 countries fall in this category.

Loss and Damage: A term relating to the damages and permanent losses caused by the climate crisis that cannot be prevented or adapted to, such as when sea level rise inundates coastal land, people die, or specific knowledge or cultures are lost due to global warming. The concept was first introduced to the UNFCCC in 2005, and became part of the Paris Agreement in 2015.

WIM: Warsaw International Mechanism for Loss and Damage associated with Climate Change Impacts (WIM), a mechanism created at COP19 that met in Warsaw in 2013, aimed at addressing issues of Loss and Damage under the guidance of the COP.

UNFCCC: United Nations Framework Convention on Climate Change. Established in 1992, it continues to form the framework for international climate negotiations.

Are you hopeful that there will be a decision in Egypt this year?

We will try. But to be honest, it will be very difficult to establish such a financial facility. It depends on our partners, the developed countries. We will discuss among the Group of 77 and China over the next few weeks about how to move forward, while the Group of the Least Developed Countries is also trying to develop a strategy.

Which actors support the proposal, and which oppose it?

The European Union, the US, New Zealand, Canada — all these developed countries don’t want to establish the financial facility. But these are negotiations — this is their position, but in the end we have to negotiate to reach an agreement.

The developed countries have promised a lot of money to the Global South for climate action or adaptation in recent years, but most of it was either never delivered or arrived in the form of loans, further indebting the recipient countries. How can you be sure the same thing won’t happen in the case of Loss and Damage or the Santiago Network?

This is a general problem with climate finance: the developed countries agreed to give 100 billion dollars per year from 2020 onwards to support developing countries, but they didn’t deliver it. However, at this moment we are not asking for such a commitment. We are simply trying to establish the respective mechanism.

If you look at the Green Climate Fund, it has a clear definition of mitigation and adaptation. But what about Loss and Damage? There are many existing financial entities like the Green Climate Fund, the Adaptation Fund, the Least Developed Country Fund, or the Special Climate Change Fund. So, there must also be a particular window that can provide funding for Loss and Damage activities.

What you do you expect from COP27 in this regard? Will there be a decision on a financial facility for Loss and Damage?

Since it’s now an agenda item, we’ve got the chance to raise the issue. Let’s see how developed country parties react to our demand.

Even if we cannot establish that facility, as a Plan B we can ask for a special window within another financial entity, maybe on the Green Climate Fund or the Adaptation Fund to finance Loss and Damage activities. But at COP27, our first priority is to establish the institutional structure of the Santiago Network.

What kind of structure do you propose?

We propose an advisory body for the network, along with an independent secretariat to host the network. The developed country parties would like to establish that secretariat under the Executive Committee of the Warsaw Mechanism, the ExCom, but we don’t want to involve the ExCom because the Santiago Network is established under the WIM, the Warsaw International Mechanism for Loss and Damage, and not under the ExCom.

Is that the main controversy at the moment?

What is the difference between the two options?

An independent advisory body would be stronger as institution. An advisory board could provide some political guidance and prepare political decisions for the Conference of Parties, whereas the Executive Committee they would like to establish the secretariat under is already overloaded.

A good example of the structure we propose is the Climate Technology Centre and Network (CTCN), a body of the United Nations Environment Program (UNEP). There is an advisory board, and there is an independent secretariat hosted at UNEP. We would like to follow that model.

Let’s get to the third open question you mentioned, the governance issue. What is it about?

It concerns the question as to where in the structure of the UNFCCC these entities will be placed. Developed country parties would like to place the entire Warsaw International Mechanism under the framework of the Paris Agreement, under the CMA, the formal body responsible for overseeing and implementing the Paris Agreement. But we would like to have a new governance structure, the Corporate Board. That is also an item to be discussed at COP27 — that will be a fight.

So, these are the three achievements you hope to attain at COP27?

There are two things I would like the parties to agree on. First, an effective institutional structure for the Santiago Network — that is our highest priority at COP27. Second, the establishment of the financial facility for Loss and Damage.

These are the two big demands for COP27, along with resolving the governance issue, but if this is achieved in Egypt this year, then we will move forward with it to COP28. 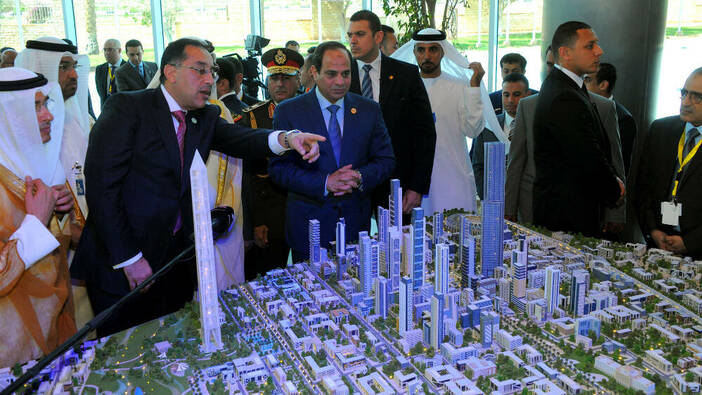 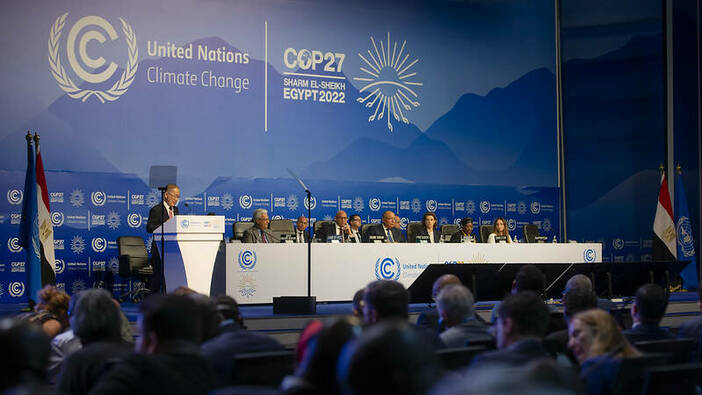