Liz Truss had been in office for only 50 days when she resigned as Prime Minister of the United Kingdom on 25 October, making her the shortest-serving prime minister in British history. The period in which she had any real grip on power was shorter still. As a commentator in the Economist notoriously put it,

Ms. Truss entered Downing Street on 6 September. She blew up her own government with a package of unfunded tax cuts and energy-price guarantees on 23 September. Take away the ten days of mourning after the death of Queen Elizabeth II, and she had seven days in control. That is roughly the shelf life of a lettuce.

Keir Milburn works on municipalism, economic democracy, and political economy for the Rosa Luxemburg Foundation’s London office. His most recent book is Generation Left. He also co-hosts the #ACFM podcast on Novara Media.

The comparison of Truss to a lettuce caught on, as she became the subject of mockery. The legacy of her disastrous tenure, however, is likely to be much less amusing. It threatens to trap the UK in an extended period of austerity under new Prime Minister Rishi Sunak and potentially, after the next general election, under a Labour government led by Keir Starmer. The task of avoiding this fate falls squarely on the British Left, but it won’t be able to do so unless it rejects the now-dominant narrative about the why the Truss government failed.

Liz Truss and her Chancellor of the Exchequer Kwasi Kwarteng were correct in only one respect: they recognized that Britain’s growth model is thoroughly broken. The UK is the only G7 country with a smaller economy than before the COVID-19 crisis. Average real wages are still below their pre-2008 level, and are not forecast to exceed it before 2028 — an unprecedented two lost decades for wage growth.

In the meantime, the country’s privatized, indeed assetized public services and infrastructure are barely functioning. Sewage is regularly released onto beaches, train travel, the most expensive in Europe, is subject to frequent cancellation, and medical attention is now difficult to get. One thing and one thing only thing has performed well in the UK over the past decade: asset prices, which government interventions have repeatedly pumped up.

So far, this has been enough to secure continued Conservative rule. Older asset holders, in particular propertied pensioners, have become the core voter base for conservatives around the world, but this trend is particularly pronounced in Britain. With most younger workers excluded from the asset economy, and thus dependent on disastrously performing incomes from work, age has become the key predictor of a person’s voting intentions and political beliefs.

When all you have is a hammer, everything looks like a nail.

The increased propensity of older voters to turn out for elections gave this settlement some stability for a time, but as we exit the long period of low inflation and low interest rates, the Conservatives’ electoral coalition could potentially break apart. Indicative of the huge generational imbalance in asset ownership, there are more households in the UK who own their home outright, 8.8 million, than there are mortgage holders, 6.8 million. While the former are unaffected by interest rate rises, the latter certainly are.

The Truss government’s response was, in its own terms, to pursue economic growth by incentivizing entrepreneurial activity. In a rerun of the 1980s doctrine that wealth will trickle down if success is adequately remunerated, Kwarteng’s now infamous “mini-budget” included large, unfunded tax cuts for the wealthy, including the abolition of the top tax rate and what amounted to a cut in corporate taxation.

But 40 years later, few still find this story convincing. The budget caused an immediate run on the British pound and a panic on the government bond market. In turn, the Bank of England was forced to reverse its policy of fiscal tightening and spend 65 billion pounds buying government bonds rather than selling them. On 11 October, the Governor of the Bank of England declared its bond market support would end in three days — enabling, in effect, the “bond market vigilantes” to scupper government policy. Support for the Conservative Party collapsed so completely the party was thrown into an existential crisis, one that Liz Truss did not survive.

Then, in a shameless but seamless transition, new Prime Minister Rishi Sunak seized on the economic damage caused by the Truss government as an excuse to renew austerity. An emerging consensus has constructed the bond markets as a firm limit to increased government spending, and the Labour Party leadership look likely to go along with it. The speed run through the failed economic doctrines of the last 40 years has landed the country back in the discourse of the early 2010s.

We are now due a government financial statement on 17 November. It will likely contain a 50/50 mix of tax rises and “eye-watering” spending cuts to fill a supposed 50-billion-pound “black hole” in public finances. With inflation at 10.2 percent, the Bank of England, now back in sync with the government, has returned to fiscal tightening, raising interest rates to 3 percent — the largest single increase in more than three decades. The aim is to provoke a recession and use the resulting unemployment to bring down wages.

When all you have is a hammer, everything looks like a nail, and while the “longest recession since the 1930s” looms, inflation is still likely to remain high. However, inflation is not being driven by rising wages, which are currently falling in real terms by around 5 percent. Instead, the culprit is high profits and global supply constraints, many of which can be traced back to environmental crises and so are likely to persist. The UK’s economic horizon is grim, dominated once again by stagflation, managed decline, and the accelerating cost of living crises. There is, however, another way to understand the fall of the Truss government — one which opens up a quite different political and economic prospect.

With an array of strikes in the pipeline, the Sunak government might find austerity 2.0 difficult to impose.

Two days after Truss came into office, she announced an energy price guarantee estimated to cost 150 billion pounds over the next two years. It was a spending commitment that dwarfed the 2.3-billion cost of abolishing the highest rate of tax and the 18-billion cost of cancelling next year’s corporate tax hike. While Truss is ideologically opposed to price caps, her hand had been forced by Don’t Pay UK, a campaign group which aims to organize a mass non-payment of energy bills.

It was recently revealed that the energy firm E.ON had told the Department for Business, Energy and Industrial Strategy (BEIS) in August that Don’t Pay presented an “existential” threat to the energy supply sector, which “will result in further major supplier failures”. Opinion polls in early September backed this up, showing a massive 1.7 million households, encompassing over 3 million people, intended to cancel their energy bill direct debits on 1 October. More than half of that number said they were inspired to do so by the Don’t Pay campaign. By forming an organized expression of widely felt discontent, Don’t Pay brought the privatized energy supply market to the brink of collapse, and forced the government to introduce a price cap so expensive that it eliminated the room for the rest of its policy programme.

As Adam Tooze recently argued, inflationary periods have historically been moments of opening for the Left. Stagflation, which combines high inflation and stagnating growth, produces a zero-sum game in which all politics is directly distributional. Inflation either gets addressed by repressing wages and living standards, or by reducing profits. Without a sympathetic government, the only way to avoid the former is collective action encompassing workplace strikes and extra-parliamentary campaigns to impose price controls.

The Left has grown before in inflationary periods as a spin-off effect of this logic. Don’t Pay UK found the leverage to cause an existential crisis for the privatized energy market. It could do so again, and with an array of strikes in the pipeline, the Sunak government might find austerity 2.0 difficult to impose.

The supposed political neutrality of independent central banks is also stripped away in moments of inflation. They are revealed as partisan actors who will always take the side of capital and will, in particular, protect the political veto power of financial markets. There can be no escape from the current impasse without institutional reform to address this situation. The Labour Party under Starmer has no appetite for that battle, but if the Left and the social movements can find the extra-parliamentary leverage to defeat Sunak’s austerity, it would be in a good position to impose its own terms on a post-election Labour government. 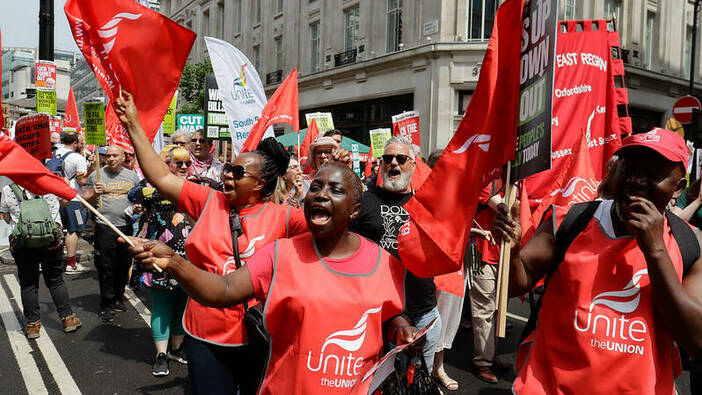 Across the country, people are joining forces and fighting back 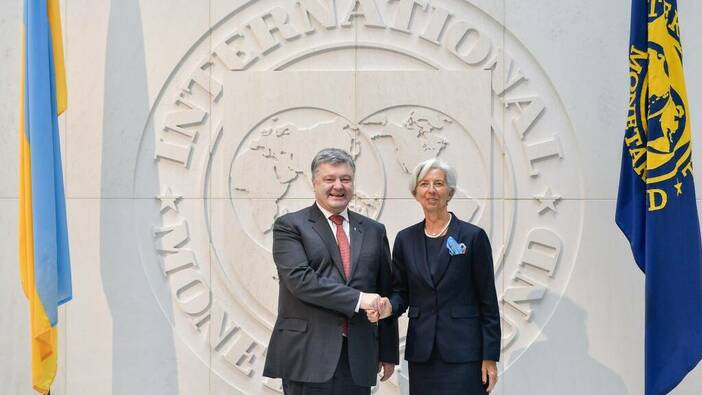