By the autumn of 2008, the global financial system was in complete meltdown. The ruling classes seemed to have learned the lesson of the 1930s: they were able to avert the total collapse of the financial system and the global economy through coordinated central bank interventions, bank rescue packages and economic stimulus packages totalling many hundreds of millions  of dollars. But it came at a cost: racking up even higher budget deficits and public debt that were already escalating due to spiralling unemployment, falling tax revenue and increasing welfare spending caused by the crisis. As a result, investors lost confidence in the solvency of states with weak production structures such as Greece, and the interest rates these countries had to pay on their sovereign debt shot up.

The global financial and economic crisis ruthlessly exposed the internal contradictions of the European Union in general and the Economic and Monetary Union (EMU) in particular. The asymmetrical financial and trade relations within the hierarchical international division of labour gave rise to a situation in the EU where there were a few countries with large current account surpluses – most notably Germany – and several states with current account deficits. The macroeconomic imbalances were reinforced by the EMU as countries with above-average inflation rates suffered a loss in price competitiveness and were unable to regain an advantage by devaluing their currency. Borrowing was also encouraged through relatively low real interest rates, which pulled more imports into the deficit countries.

To ensure debt could be refinanced and to prevent the EMU from collapsing, the eurozone countries gradually increased debt mutualisation and common liability for credit risks through the European Central Bank (ECB), the European Financial Stability Facility (EFSF) and the European Stability Mechanism (ESM). However, new loans and guarantees were only granted in exchange for the implementation of strict fiscal restraints. The austerity measures imposed by national governments, the European Commission, the ECB and the IMF led to a slump in effective demand, thereby prolonging the crisis. In 2012/13, the feared “double dip” recession hit the EU, affecting a number of member states. However, from the perspective of the neoliberal economic mainstream, austerity policies were necessary to structurally boost competitiveness in the affected states.

Now, ten years since the crisis began, the question arises: what are the main impacts and long-term consequences of the EU’s crisis management strategy that we have been witnessing so far? Although the unequal development between EU member states is not primarily a consequence of excessively high or excessively low wages (Section 1), what is clear is that the “Europeanisation” of wage relations formed a cornerstone of the European crisis management approach. Under neoliberal-authoritarian conditions, it brought about a marked shift in labour market and wage policy competencies at a European level (Section 2). We argue that the European debt crisis has been temporarily defused by authoritarian management, which has particularly come at the expense of workers in 3 southern Europe (Section 3); however, by disproportionately concentrating on wage development, those aiming to solve the crisis have largely ignored its underlying causes: the divergences between the EU member states have not decreased – in some instances, they have even become more pronounced (Section 4). The inherent contradictions of European integration and, most notably, the Economic and Monetary Union persist and are emerging in other areas as well: we need only look to Italy (Section 5) or to the emerging crisis related to Germany’s neomercantilist export strategy. Overall, the crisis management strategy is characterised by a contradictory development: while, on the one hand, the crisis has furthered integration in terms of the regulation of wage relations, on the other, it has exacerbated unequal development between EU states, which has brought about a tendency towards disintegration. Although these two developments are intertwined, in this paper, we initially examine them separately before carrying out an overall evaluation of these trends in the conclusion. 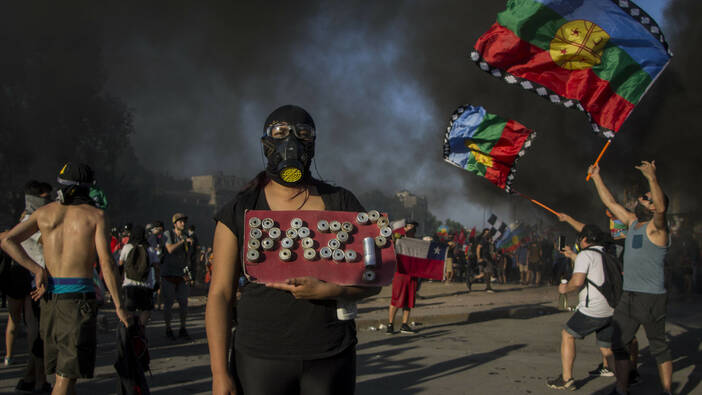