China’s move to consolidate its position in Central Asia is often considered in the context of the country’s global One Belt, One Road (or New Silk Road) logistics project. As part of this plan, the People’s Republic wants to construct a transit corridor through the whole of Europe and Asia, as well as the “maritime Silk Road of the twenty-first century”. China’s expansion in Central Asia is currently conditioned by chaotic circumstances around the world, including the COVID-19 pandemic and a growing geopolitical rivalry between major powers.

Muzaffar Olimov is head of the Centre for Regional and Comparative Studies at Tajik National University and director of the SHARQ (ORIENS) Research Centre in Dushanbe, Tajikistan.

Saodat Olimova is an internationally recognized expert on labour migration, Islam and society, and other political and social issues in Central Asia. She heads the public opinion department of the SHARQ (ORIENS) Research Centre.

Notwithstanding all of this and despite a recession in its domestic economy, China persists in expanding its presence in Central Asia. On the one hand, this is changing the landscape of the continent and boosting the economies of Central Asian countries, but on the other it is giving rise to new tensions in the economies, international relations, security policy, and domestic politics of the countries in the region.

Chinese investments, pipelines, and infrastructure projects worth billions are on everyone’s lips. Yet China’s overarching strategies for intervening in Central Asia often go unnoticed in all of this, as does the range of actors involved and the different ways China is increasing its presence on the ground, including in the security sector. What is underway in the Republic of Tajikistan, a country that plays a crucial role for the security of Central Asia, is particularly intriguing, since it is a clear example of China’s increasing focus on securing its projects within the newly emergent economic community. 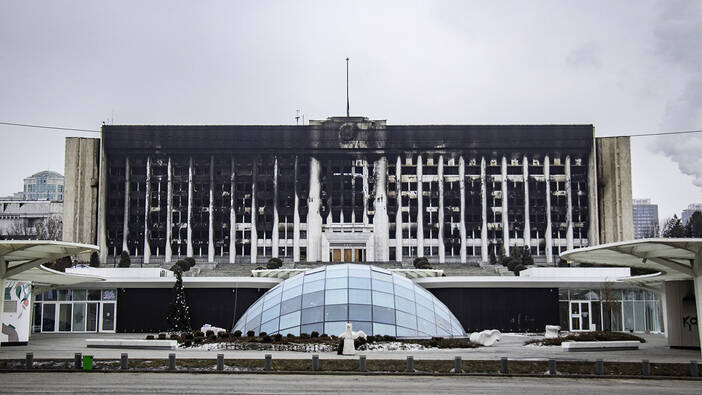 Western sanctions against Russia are having dramatic impacts across Central Asia