It looks a bit like a newspaper—thin paper in tabloid format, the familiar aroma of printer’s ink. The title page boasts the Cuban coat of arms, and the pages are packed with tiny print broken into small paragraphs with bold headlines. Yet this is no special edition of Granma, the mouthpiece of Cuba’s Communist Party, but rather a draft copy of the new Cuban constitution. For this coming Sunday, 24 February 2019, all Cubans with the right to vote will be asked to answer the question “Do you approve the new constitution of the republic?” with either a “yes” or “no”.

The process is part of the political and social reforms on the island that began with Fidel Castro’s handing over of power to his brother Raúl in 2008. In 2011 the sixth congress of the Communist Party of Cuba decreed 313 “Draft Guidelines of the Economic and Social Policy of the Party and the Revolution”, drew up a development plan extending into 2030 before the seventh congress in 2016, and now the new constitution is on its way. The current draft is the product of a broad discussion across Cuban society. Roughly 8 million Cubans developed nearly 800,000 suggestions over three months, leading to 760 revisions to the original document. These made for over half the changed or revised passages that resulted from the broader citizen engagement. The Cuban National Assembly confirmed the revised draft in December of last year, and current polls suggest that around 70 percent of the electorate will approve the new constitution.

A Victory for Progressive Forces

The massive participation in the discussion and the sheer number of revisions represent a major victory for progressive forces in the party and society. It shows that wide segments of the population support political reforms within a socialist framework. Even the government was surprised by the level of citizen engagement and intensity of the debates. Former Minister of Culture Abel Prieto Jiménez told the Rosa-Luxemburg-Stiftung that he was surprised by the critical objections to same-sex marriage, which ultimately forced the government to table the proposal. Topics like popular election of the president, introducing an office of Prime Minister, as well as discussions about the value of work and demands for dignified living spaces featured prominently. The result can also be considered a victory for President Miguel Díaz-Canel who has ruled the country since April 2018.

The reforms not only envision expanded civil rights but also have institutional implications. For example, the state executive will henceforth be shared across three offices: the President, the Prime Minister, and the President of the National Assembly. The President will still be able to intervene in all important social processes, but will delegate some functions to the Prime Minister such as leading the Council of Ministers. The head of state’s age and length of term are also to be restricted. The widely-held desire for the populace to elect the officeholder directly will not implemented. This responsibility will continue to rest with the National Assembly.

Another important point in the new constitution is the autonomy of municipalities. Here, citizens’ participation is implemented through an elected municipal council steered by local factories and service providers. This is relevant in the sense that in the future, locally generated income will cease to flow up to the provinces but rather will be allocated to the respective local budget. The municipal councils are to serve as an interface between the population and the municipal administration, giving the socialist project a kind of grassroots-democratic upgrade. In a discussion with the RLS, MP and Communist Party legal expert Joaquín Bernal Rodríguez confirmed that the measure was intended to weaken provincial structures in favour of the municipalities. For implementation, however, a new kind of “municipal law” will soon be needed that defines the structures and substance of the new municipal autonomy.

Another central focus of the constitutional reform that received comparably broad attention outside of Cuba concerns same-sex marriage. Article 68, which foresees legalizing marriage between two people (irrespective of gender), also triggered controversial discussions expressing themselves in over 190,000 proposed changes—most in defence of the traditional, heteronormative family model. Although Cuba has advanced into the group of progressive Latin American states when it comes to recognizing LGBTI*-rights in recent years, this change does not appear to be reflected in the wider population quite yet. It is rather concerning that conservative forces including the Catholic Church were able to have such a strong influence here. The National Assembly refused to cave into the homophobic and discriminatory opinions prevalent among discussants entirely, and instead proposed a compromise: in the future, a civil partnership between “married couples” will be possible in which gender is not defined. A family code will be discussed again in two years.

A further achievement is the constitutional enshrinement of human rights and socialist legality. This will allow for the development of a freer and more open society in which the opinions of dissenters will be respected and discussions which until now only occurred behind closed doors can be conducted in public. This explicit recognition of the freedom of assembly, association, and demonstration will enable new forms of political participation and occupation of public space.

Cuba’s future after 24 February 2019 remains exciting. The challenges in implementing the new constitution are formidable. It will take courage, structural changes, and a renewed political culture. International support is also needed, as Cuba’s relations with its neighbours range from difficult to openly hostile: the economic losses caused by the “blockade”, i.e. the US embargo against Cuba, number in the billions, climate change causes enormous destruction every year in the form of hurricanes, and countries that helped Cuba economically and politically in recent years are today governed by right-wing governments or too caught up with their own problems. 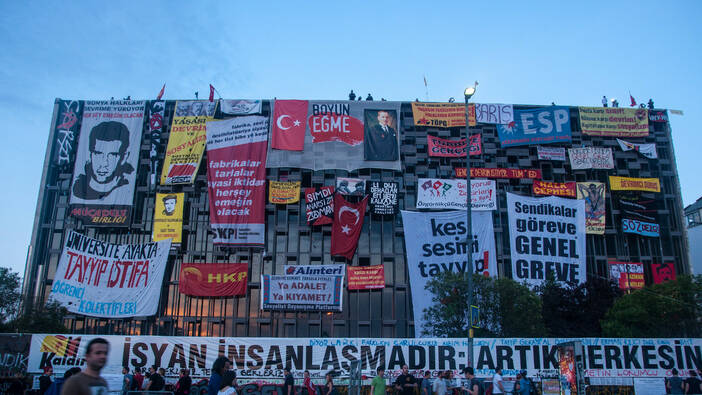