The entire planet is witnessing an increase in the frequency and intensity of extreme weather events. From the droughts threatening over two million people in southern Madagascar, to the floods in Western Europe or the melting ice caps and heat domes on the North American east coast, it is hard to ignore the changes that are happening before our eyes. It is clear that we need to curb emissions in order to change this picture.

Roland Ngam works as a Programme Manager for Climate Justice at the Rosa Luxemburg Foundation’s Regional Office in Johannesburg.

The world’s peoples and leaders agreed in Paris in 2015 to cap warming at 1.5 degrees when measured against preindustrial levels. To achieve this objective, all parties to the Paris Agreement are required to regularly submit Nationally Determined Contributions (NDCs) according to a common but differentiated responsibility principle, in line with Article 4, paragraph 2 of the Paris Agreement.

Parties were requested to submit NDCs by 2020 and every five years thereafter, although many nations still disagree on the principles agreed on at COP24 in Katowice three years ago. So far, 191 countries have signed on to the Paris Agreement, but only 113 NDCs have been recorded in the NDC registry. We still have a long way to go, while current emission levels are placing us at the 2.7o level—a very costly overshooting of the original target.

The United Nations Environmental Programme (UNEP) has warned that the world will miss the target of capping global warming at 1.5°C relative to preindustrial times if global greenhouse gas emissions do not fall by at least 7.6 percent each year between 2020 and 2030.

Now, three pictures are emerging from the early implementation of the NDC strategy.

The first one is that the major industrialized countries are either not willing to set ambitious targets for themselves or not keeping their own promises. G20 members account for just under 80 percent of all global greenhouse gas emissions, but so far, none of them are on track to achieve their target by 2030.

In 2020, for example, China announced that it would peak its carbon emissions by 2030 before going on a downward curve in order to be carbon neutral by 2060. However, China installed at least 38.4 gigawatts of coal power generation capacity the same year, according to Reuters. That year, it accounted for 80 percent of all new coal power generation capacity on the planet. It is still building more coal power plants today.

Other highly industrialized nations including France, Germany, and the United Kingdom, which is hosting COP26 this year, are still far from achieving their targets. Germany will widely miss its target this year and the UK, which had set out a plan to cut emissions by 68 percent compared to 1990 levels by 2030, will also miss its targets, especially given the contents of Chancellor of the Exchequer Rishi Sunak’s budget speech on 27 October 2021.

In Africa, the number one polluter on the continent, South Africa, has pledged to cut its carbon emissions by up to 28 percent within the new NDCs. To achieve this, the national power utility ESKOM, which alone is responsible for over 25 percent of all methane and CO2 emissions on the continent, is taking 22 gigawatts of coal off the grid within the next ten years, worth about 11 billion US dollars. That requires funding—and unless this funding comes from somewhere, the country will find it hard to get rid of its coal fleet.

Secondly, many countries are adopting false or unsatisfactory solutions to achieve their NDCs. A good example is the small modular nuclear reactor (SMR), which is fast emerging as a “deep decarbonisation” solution in many countries, including Russia, the US, Britain, France, South Korea, and China. While it is true that nuclear energy does emit less carbon dioxide than energy production based on fossil fuels, the toxicity of its waste products and the management and disposal thereof is still a major threat to society. Major uranium producing countries like Namibia and Guinea have reported an increasing number of cancer among within their mining populations. Calculations show that countries with nuclear technology have to store uranium waste products for up to 50 years. Meanwhile, the International Energy Agency revealed in 2020 that renewable energy sources like wind are cheaper and more efficient than ever before. It is time to start using them.

Thirdly, after they set bolder and swifter NDC targets, the G20 economies must pay their fair share to countries in the Global South for historical emissions. This must be the key message at COP26. The world will not achieve the target of capping warming below 2 degrees—let alone 1.5 degrees—if the countries that played the greatest role in dumping toxic CO2 gases into the atmosphere do not pay their fair share for mitigation and adaptation. Failing this, the poorer nations will continue to rely on coal and fossils, for which there remain a high number of ready funders.

More ambitious targets must be set for high polluting sectors like transport, power generation, and agriculture, forestry, and other land use (AFOLU). There should also be a concerted effort to change the way we build. This means developing more integrated cities and more integrated transport networks. More cities must roll out tramway systems and rail networks. We cannot transition to a situation in which we have one electric vehicle per person, mirroring the current situation of one combustion engine vehicle per person. This means adopting a Global Green New Deal to coordinate how the world builds for a greener future.

The world is teetering on the edge of the cliuff, and it is high time our political leaders showed some ambition! 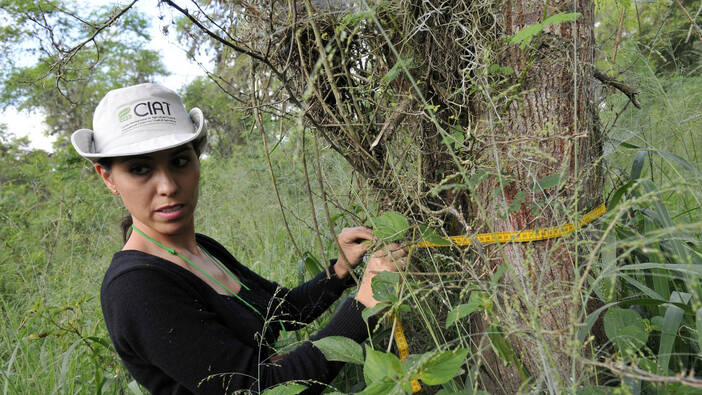 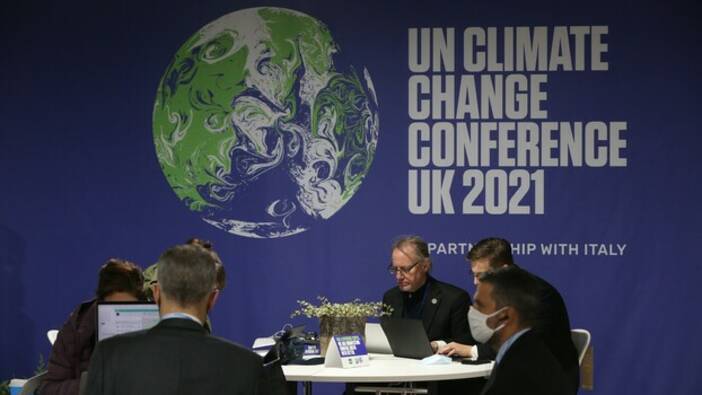 The last 25 years of international climate negotiations have been 25 years of missed opportunities.