As a Polish-German Marxist, Rosa Luxemburg (1871–1919) devoted her life not only to theorizing about implementing Marxist ideals and principles in a socialist revolution in Germany, but to actively helping her compatriots in their dire conditions of exploitation and marginalization by the powerful elites. While the late-nineteenth century assumption (surviving well into the twentieth century) that socialism would inevitably arise through the forward march of history does not appear to carry much weight in our world today, especially not in the West, a discomforting sense of the fragility of our socio-economic, as well as environmental ecosystems exerts its haunting influence on politicians and intellectuals alike. Some on the left side of the political spectrum turn to Rosa Luxemburg for inspiration.

Michal Valco is a professor at the Comenius University of Bratislava. This article is based on his presentation at the conference “Ho Chi Minh and Rosa Luxemburg’s Thoughts on Building a Good Society”, hosted by the Rosa Luxemburg Foundation’s Hanoi Office in October 2021.

I wish to explore Luxemburg’s idea that the working class’s path to emancipation must lead through a thorough mental and spiritual development of the masses. Another inspiring thought from Luxemburg revolves around the idea that the success of a socialist revolution entails (among other things) a holistic concept of economic and technological development.

In the end, I think it would be helpful to compare Luxemburg’s ideas that are relevant to building a “good society” to the latest research findings of human, social, and political scientists. As an example, I have chosen one of the most prominent social psychologists and social philosophers today, prof. Jonathan Haidt, based on his book, The Happiness Hypothesis.[1]

An undeniably significant element in Rosa Luxemburg’s political legacy is her conceptualization and subsequent reflection on the socialist revolution. Unlike many of her contemporaries, Luxemburg made it a point to ask “what happens after the revolution?” well before the revolutionaries and/or the wheels of history facilitated its occurrence. Revolutionary criticism of the given socio-economic conditions must not be separated from the task of envisioning the post-capitalist alternative that the Marxist movement strives for. Her critical reflection on matters of social justice and socio-political governance offers inspiring insights into the ongoing search for a viable solution that would represent an alternative between the heavy-handedness of Stalinism and the historical impotence of social democracy.

Let us now turn to Luxemburg’s idea that the working class’s path to emancipation must lead through a thoroughmental and spiritual development of the masses. Herein lies the core of her distinct conception of socialist revolution — the revolutionary transformation of a given society must happen in a way that can be reconciled with the envisioned content of the future socialist society. In other words, “the form of revolutionary transformation must correspond to the content of the socialist society it aims to establish.”[2]

Her emphasis on “social development” entails a profound notion of political freedom and other key expressions of democracy, which Luxemburg deems indispensable. In her view, people must first experience the situation of democracy (a democratic republic) before they become ready for socialism as a system that embodies the fullest expression of democracy. She was convinced that a socialist society could only emerge based on the conscious support of the majority of the working class in a given context. In other words, people’s minds and moral imagination must be ready for such an essential transformation.

In Luxemburg’s view, there is no other path to true socialism but the one that leads through the common effort of the majority of the working class — a class of people or workers who are convinced of the revolution and of the socialist ideals. Luxemburg thus argues that “socialism will not and cannot be created by any government, however socialistic. Socialism must be created by the masses, by every proletarian. Only that is socialism, and only thus can socialism be created”.[3]

Besides being a careful strategist of the revolution (from a macro-perspective), Luxemburg demanded and herself exerted deep human empathy. This came to be expressed most clearly in her empathy for and solidarity with indigenous peoples who suffered from colonial dehumanization. Such emphasis on human empathy resulted in a specific, democratic concept of the “revolution from below” vs. a “revolution from above” (by the Politburo and Cheka under the Bolsheviks).

Furthermore, the success of a socialist revolution entails, among other things, a holistic concept of economic and technological development. Economic development must be an intricately interwoven element in the social equilibrium of freedom, equality, and justice. In addition, economic development must cater to the demands of international competitiveness (hence the emphasis on progress) as well as of long-term sustainability — economic, environmental, and social.

Some of the questions that I believe we need to address in connection to this topic are: What constitutes a “good society”? Is a “socialist society” intrinsically and inevitably a good society? Should a “good society” strive for equality of outcomes or rather for equality of opportunities? What new human relations do we envision to be the foundation of a new, more just, and equitable society? Can a “good” society be built with “bad”/”immature” people? Does a “good” (“socialist”) society produce “good” people, or do we first need a critical mass (critical majority?) of the people to be ready (mentally, morally, politically) to embark on the transformative journey towards a community-based, socialist society? What requirements/demands are there on the subjects, i.e., the human agents and/or institutions who build a good society?

Obviously, we cannot answer all of these questions. Nevertheless, I bring them up to remind us how complex the issue of a “good society” and/or a “good life in a good society” is, as well as challenge those who assume that we have conclusive or self-evident solutions to some of these questions (for nothing is self-evident to the sceptic with an honest and critical mind). Subsequently, I want to explore to what extent Jonathan Haidt’s incisive book The Happiness Hypothesis can inspire us today as we strive to answer those questions more fully.

Haidt offers incisive analyses of philosophers, religious figures, psychologists, and social scientists, both ancient and modern, regarding their views on life’s meaning and happiness. While he does not directly comment on the existing political systems and ideologies in their potential to bring about a “happy society”, he does seem to indicate that it takes reasonably content, stable, and unified citizens to create a good functioning society. Concepts like “meaning”, “inner satisfaction”, “virtue”’ and “happiness” are crucial to his deliberations.

Constitutive to his overarching argument is the metaphor of “the elephant and the rider”, who represent the unconscious and conscious mind of a human. Human agency, i.e., the combination of the volitional and intellectual aspects, is deeply “situated”, even “determined” by the constitutive “forces” of the elephant, i.e., the “animal/beastly” self of a human, characterized by passions, impulses, and instinctive drives (mostly subconscious).

This inner tension between our “rational” and “animal” selves (simply put) is a common human predicament, which tends to be little understood and even less taken into account by politicians and intellectual elites alike. The elephant in us is namely much too powerful to be overcome by the brute force of will or the sophistries of liberal (or ideological, for that matter) education. It leads where it wills, often contrary to our noble ideals (about ourselves or others). Our inherent predispositions and biases (embodied in the elephant) can thus only be overcome through an intentional process of training the elephant by family upbringing, education, socialization, medications (in the case of illnesses, such as depression), and self-improvement techniques (mainly through meditation and cognitive therapy).

An intentional search for meaning elevates the human mind and directs its vision and power to higher goals. This search for meaning pertains to all areas of human life, including, above all, interpersonal relationships, work, and civil engagement (political, social, environmental). To do this successfully, humans should engage in their activities with a sense of purpose, which turns these activities (including creative work) into acts of “vital engagement”. It is common knowledge in psychology and sociology that people thrive (or whither) on the external outcomes of their behaviour, such as engaging in creative work or wisely investing their money, efforts, or time. Work well done provides an important source of meaning which is directly conducive to one’s sense of happiness. In addition, there needs to be an overall sense of coherence in one’s life. This means that the physical, sociocultural, and psychological patterns within the self should be coherently interlaced to constitute a meaningful whole.

Such a goal is easy to state but difficult to accomplish, which leads us back to Rosa Luxemburg and her emphasis on the need for a thorough mental and spiritual development of the masses as a prerequisite for a successful socialist revolution that would usher in a more just, stable, sustainable, and overall “happier” society. It is about shaping the minds and moral imagination of the people as they experience and learn to use their political and civic freedoms in the context of a democratic republic. Once there is a critical mass of mentally, morally, and spiritually developed people whose social consciousness has been awakened in support of a fundamental societal change, the “revolution from below” advocated by Luxemburg may commence with reasonable odds to succeed. Spirituality here, by the way, can refer to self-transcendence and a “higher meaning”, and not necessarily to a divinity.

What opportunities are there for the three major opinion-shaping secular forces in the society — politicians, media, educators? They should carefully consider the kind of language metaphors, fables, and myths (i.e., life-vision forming narratives) they use to influence the public. What kind of metaphors help us understand our world and find our place in it the best? What kind of metanarrative and individual narratives, including fables and myths, are prevalent in our society? This is quite essential because stories, fables, and myths (political, cultural, religious) help engender virtuous behaviour in people who will then share a collective moral code. Moreover, an effective leader leads by example. A prolonged failure to embody the ideals that leaders advocate through the employed metaphors and narratives will inevitably lead to a form of political and moral “cognitive dissonance”.

Finally, I want to elevate Luxemburg’s principle of solidarity. Her deep human empathy led her to acts of solidarity on behalf of the marginalized — in her case, these were not only the socially excluded but also the indigenous peoples dehumanized by colonialism. We won’t be able to identify and successfully communicate the mind-shaping metaphors, and moral imagination instilling narratives that will lead us to a happier society unless we learn to respect and listen to intently to the “others” around us, including our opponents.

Luxemburg’s humanist ideals are inspiring, even more so, indispensable. “They must be held onto and advanced at all costs,” as Luxemburg reminds us, “… because when we fail to do so, the grandest of dreams can turn into the most horrific of nightmares.”[4] 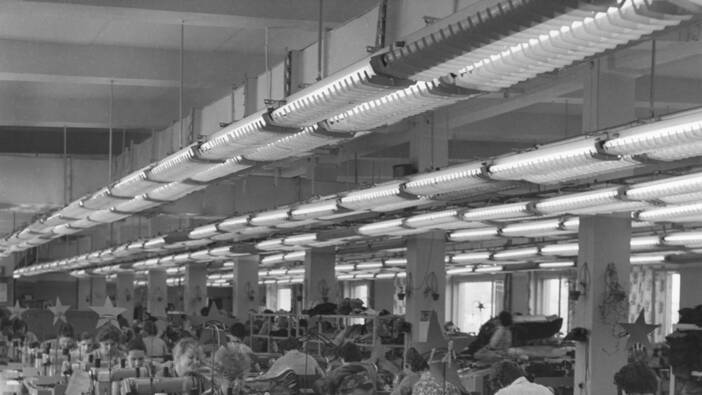