In the week since the terrorist attack that unfolded in Buffalo, New York on 14 May, we’ve dissected manifestos, combed through chat logs, and studied the background and development of yet another terrorist who was driven to kill by the same kind of hatred that has already driven so many others before him. The terrorists’ pattern is being repeated, and with it the pattern of pundits, researchers, analysts, and journalists scraping through the bits of information they can find in the aftermath of these horrific events.

Bjørn Ihler is the executive director and co-founder of the Khalifa Ihler Institute and a patron of Antifascist Europe, where this article first appeared.

The Khalifa Ihler Institute’s analysis of the killer’s manifesto showed that 28 percent of the text was pure plagiarism, mostly from the manifesto of the terrorist in Christchurch. Naturally, an even higher proportion — 57 percent — popped up when we only looked at the ideological sections, leaving out the operations manual and the meme sections.

The buzzword on the lips of many right-wingers these days is “the great replacement”, a theory often traced back to a couple of books published by French nationalist Renaud Camus in 2010 and 2011, but which builds on much older conspiracies embedded in the nature of majority-white society. It is echoed in the fears of revolts among slave owners, in the anti-Semitic fear of a global Jewish conspiracy, or in the “Eurabia” and Islamic Invasion theories peddled by Islamophobes. It’s what drove the efforts to “assimilate” and exterminate indigenous populations and others deemed “undesirable”.

There’s nothing particularly novel about this, nor is there anything novel about racism being the building block of political ideologues, whether they espouse their hatred daily on live TV like Tucker Carlson, or in the parliaments and houses of power around the world.

While we must understand how racism is embedded in our societies, our structures of power, and bureaucracy in order to uproot it, and analysis is needed for that, racism itself is nothing new. In other words, in many ways, the terrorist in Buffalo was thoroughly unremarkable. His playbook was — both literally and figuratively — copied from others.

What is remarkable, and what’s always worth noting, mentioning, and speaking about in the context of these attacks, is the pain and suffering he caused. Ten people are dead because of this thoroughly unremarkable man, without a novel idea to add to his ideological house of cards. Ten remarkable people. People with families who loved them, communities that depended on them, friends who cared for them and whom they cared for.

This is a truly senseless loss of lives, with a devastating impact not only on those directly in mourning but on a whole community, a whole country, and a whole world which must live with the fact that yet again, a white man walked into a place where we live our daily lives, where we simply exist — in this case, a store — with the intent of killing as many people as possible, simply because of who they were.

All it takes to cause complete and utter devastation is one person driven by the idea that his supremacy puts him at risk of being a victim of the same form of violence he is willing to commit against others. In other words, he believes in the worst of humanity — that we are willing to sink as low as him.

Tomorrow we will go back to our summer camps, our houses of worship, our gathering spots, and our shops. Our act of going on living is an act of resistance, of defiance against the hatred that seeks to drive us to our base instincts of fear and violence.

By us continuing on with our lives, terrorism fails.

From the counter-terrorism perspective, the obvious question is how to prevent future attacks. To law enforcement, stronger law enforcement and a stronger intelligence-gathering apparatus is the answer. For the social media companies, stronger infrastructure for removing manifestos and taking down livestreams, videos, and images is the answer. This might indeed be part of what we need, but in the grand scheme of things it is a relatively small one.

What we need is resilience. We need for these attacks not to happen, for the ideas that drive these terrorists to find unfertile ground, for them not to fester and grow to a point where someone takes it upon themselves to act out in violent desperation, harming many and shattering communities.

In order to build resilience, we need to understand the true nature of the beast. The fact that attacks in New Zealand, Norway, Germany, the US, and elsewhere are so closely intertwined is perhaps telling enough: this is not a localized issue, but one that can be found in all countries with a significant white population. Their target is not one specific group or religion, but all who are not deemed white or “European” enough.

As European antifascists, this speaks to the embedded culture of white supremacy in all of our countries, and makes clear the need to continue our struggle to push back — not only directly against overt fascists on the streets, but by examining our communities and by understanding what role we can play in building resilience, making terror unsustainable and unfruitful.

By suffocating at its core the idea that we are supreme, more worthy of life, and yet more endangered than anyone else, and by embedding the idea of equality — that we are all as worthy as one another — deeply into our infrastructure, our bureaucracies, education systems, schools, politics, our legislature, and our economy, we help to build towards a stronger, more unified future rooted in equality, not supremacy. 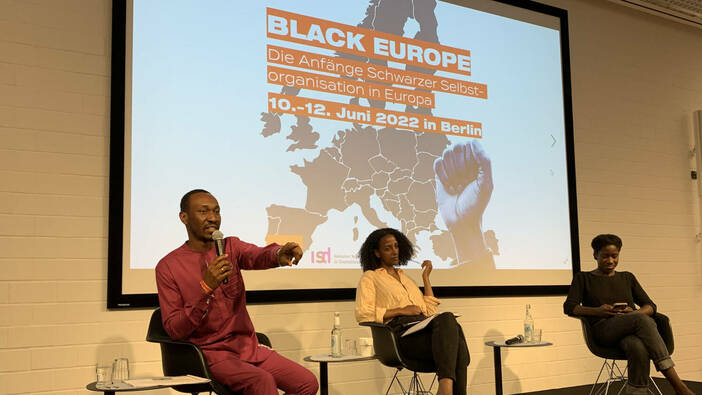