The Russian Federation has faced round after round of sanctions from the West since its invasion of Ukraine earlier this year, with increasingly debilitating effects on the Russian economy. Yet while the country’s oil and gas industry have been the primary target, even at the price of rising energy and living costs in the countries doing the sanctioning, Russian uranium has gone curiously untouched.

The Rosa Luxemburg Foundation’s Franza Drechsel sat down with Russian environmentalist Vladimir Slivyak to learn more about Russia’s uranium industry, and why he thinks the West has refrained from sanctioning it so far.

A debate on Russia’s political economy is going on in the German Left. Many experts highlight the importance of the oil and gas sector for the Russian economy, but what role does the nuclear industry play, both domestically and in exports?

The Russian nuclear industry is state-owned and of key importance to the Russian government. It produces about 20 percent of electricity in Russia, it also maintains the nuclear weapon arsenal. Since President Vladimir Putin came to power in 2000, the Russian nuclear industry has enjoyed unlimited public financial support. Rosatom, the state-owned nuclear corporation established by Putin himself in 2007, unites over 300 enterprises directly and indirectly connected to the nuclear fuel cycle. This corporation became one of the world’s largest builders of nuclear reactors.

Vladimir Slivyak is a Russian environmental activist, the winner of the Right Livelihood Award in 2021, and the EWS’ Stromrebell prize in 2022. He is co-chairman of the Russian environmental group Ecodefense which was founded in 1989 and campaigns against nuclear power and coal, in favour of climate justice and renewable energy.

How does this play out internationally?

Rosatom claims it is building 35 new nuclear reactors around the world. The Russian state budget offered over 100 billion US dollars to support these projects over the last decade. The main reason for such generous support is the “geo-political” role of Rosatom. Vladimir Putin sees the nuclear industry as an instrument of political influence in countries such as Belarus, Egypt, China, India, and Turkey, among others, which depend on Russian nuclear technology and fuel supply.

Since Russia’s invasion of Ukraine in February 2022, the EU and the US have imposed sanctions, or stated clear intentions of doing so, against Russian gas, oil, and coal. Why do you think there weren’t any sanctions against Russian uranium, the resource used for nuclear energy as well as weapons?

I think this is a consequence of the extreme dependence on Russian uranium in both the EU and US. About 20 percent of all uranium used in the EU is from Russia. Another 20 percent comes from Kazakhstan, where Russian influence is great.

With fossil fuel, you can find alternative suppliers, but it is much harder with regard to nuclear fuel. In some cases, there are no alternative suppliers because you cannot just put uranium in the reactor — you have to have the technology to produce fuel rods. For example, there are old Soviet-designed reactors of the VVER440 type in the Czech and Slovak republics, Hungary, and Finland, where Rosatom is the only supplier.

How much does Germany depend on Russian uranium?

Rosatom has been a long-time partner of Urenco, which owns the uranium enrichment facility in Gronau, and is also a partner with regard to Germany’s nuclear fuel production in the facility in Lingen, controlled by the French state company Framatome. 269,500 kilograms of uranium hexafluoride should be sent to Lingen from Russia by the end of 2022. By May of this year, 15 percent had already been delivered.

What would need to happen to get away from this dependency?

There is only one solution: shut down old reactors and work out a plan of how to replace this energy, preferably from renewable sources. But there must be political will in the European Commission to do so, and obviously it’s not there. One reason is that there are many pro-nuclear bureaucrats from France and other pro-nuclear countries working in the EC. That’s why the EU’s Taxonomy Complementary Climate Delegated Act includes nuclear as a “sustainable” source of energy.

Has the decision to include nuclear power in that taxonomy had an effect on Russia’s nuclear industry?

Since Rosatom is still not under any sanctions, it may greatly benefit from this taxonomy. Just look at Hungary, which is still willing to build a Russian nuclear plant and which gets money from Putin for this project. More countries will follow suit. That will give Putin more influence and, unless Rosatom is sanctioned like many other Russian state companies, create an even stronger dependence on the Russian nuclear industry in the EU. One thing all these pro-nuclear guys don’t understand is that if Putin decides to put pressure on the West by exploiting their nuclear dependence on Russia, the situation will end up much worse than it is today.

Have there been changes in the cooperation between Rosatom and different countries or companies in Europe since Russia started the war?

Since the war in Ukraine started, Sweden has been the only country that rejected Russian nuclear fuel. Finland cancelled their deal with Rosatom to build a new nuclear reactor. The German-Dutch-British uranium company Urenco said it will suspend all cooperation with Rosatom, but didn’t give any details on whether it has cancelled or only suspended its cooperation for some time. The French company Orano said they suspended their cooperation in the field of uranium services. German Siemens said it will not sign new contracts in the nuclear field but still wants to continue with existing ones. One of these existing contracts is to supply the instrumentation and control systems for the new Rosatom reactors planned in Hungary — by joint venture of Siemens and Framatome.

How would sanctions against uranium hit Russia and have an influence on the ongoing war?

There are three points one needs to know: first, Rosatom takes an active part in the war in Ukraine. Its employees accompanied Russian troops when they occupied the Chernobyl nuclear plant. Then they took control over the Zaporizhzhia nuclear plant, the largest in Europe. Second, Rosatom employees are in charge of the nuclear weapons Vladimir Putin is threatening other countries with.

Rosatom is one of the main “geo-political” instruments that the Russian president has to make other countries dependent on Russian nuclear fuel and services. When Rosatom builds new nuclear reactors in some developing country, it creates a dependence on Russia for over a century.

Why for such a long time?

It takes ten to 20 years to build a reactor. It will be in operation for around 60 years, which will most likely be extended for 20 or 30 years until the decommissioning, which lasts a few decades. Add to this that Russia offers loans, which create a heavy debt for smaller countries. During the reactor operation, Rosatom will have a contract to supply fuel. And this corporation dominates the world’s uranium enrichment market!

Sanctioning Rosatom is the right thing to do — not only because of its participation in the war in Ukraine, but also to end Putin’s political influence around the world.

What unintended effects could such sanctions have?

Since several countries in the EU would have to re-orient towards new sources of energy, this could encourage the transition to green energy. This transition must not be based on false solutions like nuclear and gas, but on renewable energy, efficiency, and energy economy.

Would it be enough to stop “uranium relations” only with Russia?

As Germany has declared a nuclear phase-out, it would be logical for the country to stop all kinds of uranium cooperation, including enrichment and fuel production. The mining and further use of uranium are very dangerous for both public health and the environment, and we should not forget that a part of the reason that it exists is not nuclear energy but rather nuclear weapons, which must be banned worldwide.

But it’s not only about Rosatom. The ban should include the uranium enrichment facility in Gronau owned by Urenco, the fuel facility of Framatome in Lingen, and Siemens’s ICS used in new nuclear reactors, etc. 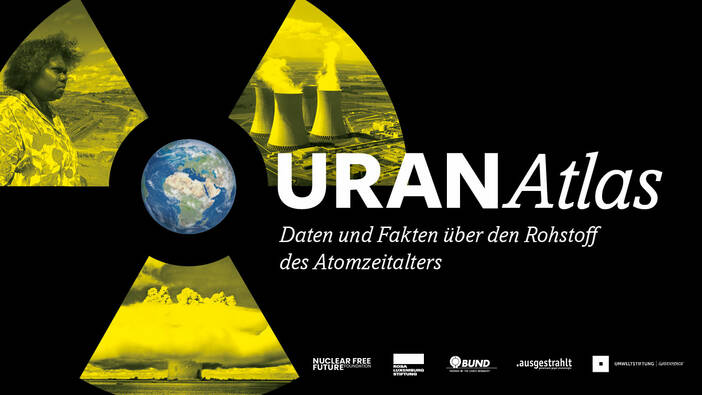 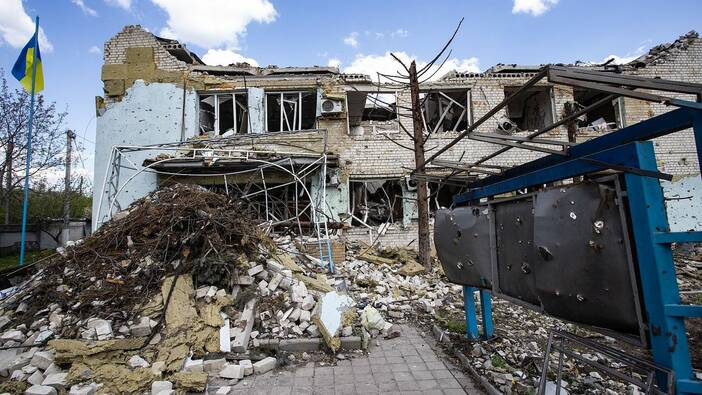 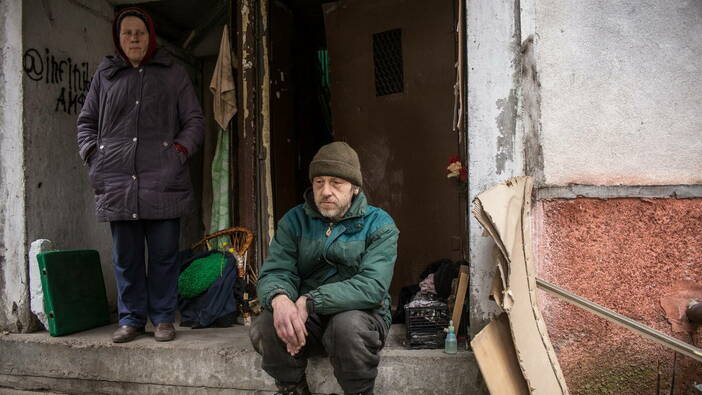 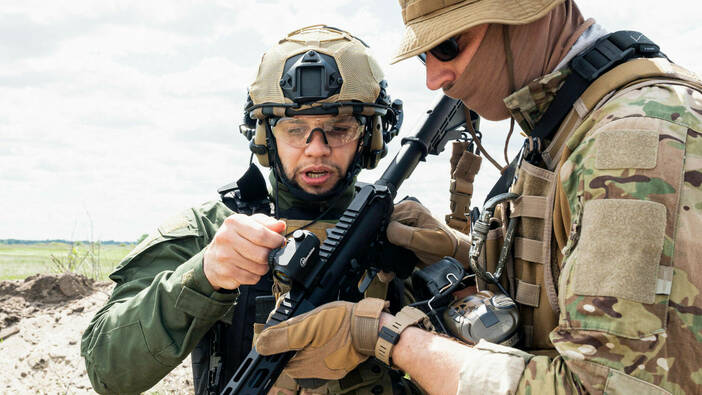 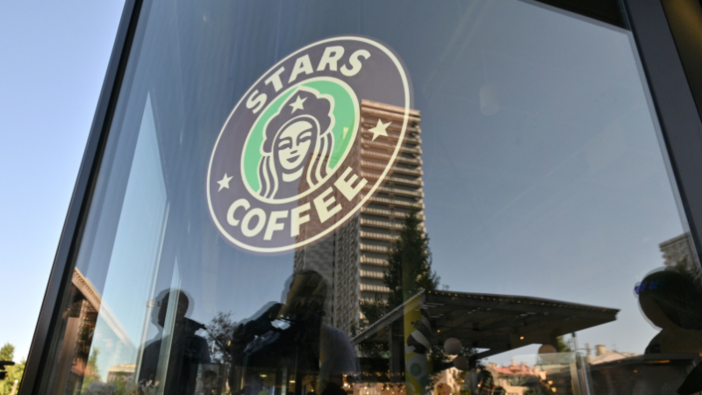