The looming climate crisis threatens to go beyond our capabilities. If that were not already bad enough, Katowice has decided on a rulebook that is in parts both lacking in substance and is unjust. The resolutions agreed are not enough to prevent disaster by a long shot.

The sobering result of the UN climate summit is that global elites are not taking the climate crisis seriously enough. In its 1.5 degrees special report, the IPCC warns that for every additional tenth of a degree of global warming, there will be even more catastrophic effects on the environment and humankind and that we only have a very short timeframe of 12 years left to change course. In early December, shocking figures from the Global Carbon Project revealed that instead of dropping greenhouse gas emissions rose for the second year in a row in 2018 – highlighting how delusional it is to believe that maintaining capitalist economic growth will allow us to cut fossil fuel consumption. Even UN Secretary General Guterres said that non-action by the global community in the face of the droughts, floods, typhoons and forest fires seen this year, was ‘suicidal’. In short, the climate crisis threatens to be way beyond our capabilities.

What was the UN climate summit in Katowice about?
Our text on the opening of the conference

In a different world, Katowice would have been the window for a communicative and political opportunity not only to decide on an effective rulebook for the Paris Agreement, but also to deal with the global climate crisis as such. Despite this, Katowice has become a yardstick for flagging up how obstinately the global elites cling to profitable fossil fuel business models and governments defend their national interests associated with them. In exchange, they willingly accept the escalation of climate disaster. Although the UN summit has decided on a rulebook to deal with the crisis, i.e. with general rules on the reporting of climate targets, actions and finance which are all necessary, it falls short of what the situation actually requires. Industrialized nations are clearly not making greater efforts to cut emissions, even though this is what is urgently needed. And if this was not bad enough, the resolutions of Katowice lack substance and are unfair in many regards.

A declaration of the 'High Ambition Coalition' to want to do more remains a paper tiger if a signature does not actually generate action. When will Germany phase out coal?

Till Bender, Center for International Dialogue and Cooperation, RLS

The wrangling over the IPCC’s 1.5 degrees special report was scandalous and, despite having been commissioned by the international community, was watered down in the extreme by any means necessary due to pressure from Saudi Arabia, Kuwait, Russia, and the US before it could be included in the Katowice agreement. Instead of welcoming the report and its results (or demands), which is what diplomats say when they recognise the report’s scientific validity, the IPCC received appreciation and thanks for finishing the report on time. Yet parties avoided making direct and affirmative reference to the report’s conclusions. At this stage, it is absurd that the reality of climate disaster can still become a matter of debate.

Human Rights as a Bargaining Chip

The human rights principles enshrined in the preamble of the Paris Agreement have also become a bargaining chip. Alongside human rights, these include food security, the rights of indigenous peoples, gender equality, public participation, intergenerational equity, ecosystem integrity, and a just transition. Although the Paris Agreement declares it will consider these rights, the rulebook provides scarcely palpable and mostly only veiled references to them. Future wrangling over how to refer to the Paris Agreement to bring charges regarding human rights violations in the implementation of climate protection and adaptation measures is therefore inevitable, for example when people lose their traditional rights to live off a forest because, as a carbon sink, it has become a commodity.

Human rights are at stake! How human rights have become a bargaining chip in the negotiations
Our midterm report on the UN climate summit

This not only increases the risk that those making money from such projects will stall for time to avoid being held accountable for human rights abuses – the struggle over the status of human rights principles in the rulebook also highlights the unequal distribution of power between the Global North and South. Whereas certain principles became the bargaining chips of the negotiations, the plenary of negotiating parties unanimously recognised the Solidarity and Just Transition Silesia Declaration, providing support for just transitions that risk becoming a fig leaf for lax climate policy. Moreover, this could potentially misuse an originally left-wing concept for retaining jobs with good social security in the Global North at the expense of the livelihoods of millions of people in the Global South, who would lose not only their jobs but their entire basis of existence.

At best, the decision to develop a two-year plan to establish the "Local Communities and Indigenous Peoples Platform" as a working group can, in this regard, be described as progress concerning the rights of indigenous groups within the overall process. Actual implementation will show whether these are more than empty promises.

Regarding climate protection and adaptation finance, a key issue for the poorest nations, potential donor nations also managed to make the Paris Agreement rulebook non-binding and without substance. The clearer the Global South’s financial needs become, the more doggedly the industrialized nations attempt to avoid taking  responsibility. They challenge the fundamental principle UN climate negotiations is built on – namely, that developing nations need to receive "new and additional" funds to manage the crisis (for example through accounting tricks that count development aid twice). To obfuscate realities and take themselves out of the line of fire as the debtors they are, they talk of "financing institutions". They count credit and loans (these funds flow back to donors with a profit!) in the same way as they do public funds. By allowing the private sector to participate in climate finance, they are ensuring that their financial institutions profit from the climate disaster.

Without substantial financial commitments, the Paris Agreement will be set into motion, but will run on a flat tire

Some crumbs in the form of financial commitments have been thrown at developing nations: Germany and other countries have committed to stepping up financing of the Green Climate Fund and the Adaptation Fund (the latter – which is one of the few positive outcomes, is now firmly enshrined in the Paris Agreement). This is positive but the pledges do little to hide the fact that the key issues were not even on the agenda in Katowice: the 100 billion US dollars that industrialized nations are due to provide annually starting in 2020 is far from enough to build protective dikes, repair destroyed houses, or create new foundations for a good life. Secondly, there must be a reliable and transparent path for the expansion of necessary means. Talks, however, on how to increase climate finance after 2025 are only due to commence in 2020. This is much too late considering the fundamental right to a dignified life is at stake for millions of people and the nations that industrialized early bear the responsibility for the climate crisis.

However, one of the hardest slaps in the face of the nations most affected by climate change is that no concessions have been made regarding compensation for climate loss and damage. Only after long, drawn-out wrangling does this key issue now appear in the final document in a few places. While this is a minimal negotiating success, it is far from what is needed: a stand-alone, well-financed fund from which people can quickly and easily receive compensation for inevitable climate loss and damage.

Even the German online magazine Spiegel Online no longer responds to the question, 'What can I do?' by referring to private consumption decisions to save the climate. Instead, the answer now is: 'Get political'

In many respects, Katowice highlights the fact that we cannot wait for governments to act. This makes more and more people angry. This anger is based on a radical political impetus which no longer believes that "those at the top" can solve the problem. This is exactly what we find in many newer movement initiatives: the wave of school strikes that Greta Thunberg initiated, the extinction rebellion movement that began in the UK a couple of weeks ago and is spreading, Ende Gelände and the solidarity actions for Hambach Forest, the resistance against the Keystone XL pipeline, the climate camps, the alliance between the climate movement and the French gilets jaunes movement. The conviction that connects all these initiatives: the radical challenges of climate change demands equally radical answers. We need to delegitimize fossil fuel capitalism – with strong movements from below.

We cannot accept that those who want to rescue the planet are silenced, while fossil fuel corporations are allowed to present themselves at the conference as solutions

Interview with ecuadorian feminist at the COP24 Climate Summit 2018

Voices of our international delegation

Interview with Remigiusz Okraska, Polish sociologist, publicist of the ecological and… 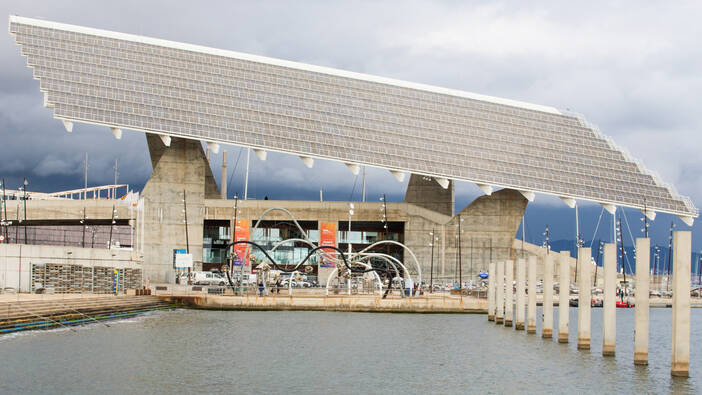 How reclaimed utilities can help cities meet their climate goals