The complex and multifaceted crisis that already affected other liberal democracies struck Brazil in 2013, which has, since then, experienced a series of events that amount to a major challenge to the existence of its multi-party democratic system. However, it was with the allegations of fraud in the 2014 presidential elections, made by the ticket of the defeated Social Democratic Party (PSDB) candidate Aécio Neves — a situation unheard of since the 1988 constitution — that the spectre of a coup d’état again became a matter of public speculation.

Rodrigro Lentz is Professor of Political Science at the University of Brasilia and the author of the book República de Segurança Nacional: militares e política no Brasil (Expressão Popular, 2022) published in collaboration with the Rosa Luxemburg Foundation’s São Paulo Office.

After that, a broad campaign by sectors of the political and economic elites, including the decisive participation of the judicial bureaucracy, supported by the US, led to the parliamentary removal of President Dilma Rousseff (Workers’ Party, PT) from office, in 2016. The subsequent government was an alliance between the then Vice-President Michel Temer of the Democratic Movement Party (PMDB), i.e. the ticket defeated in 2014, and a new actor, which had hitherto played no part in the political crisis, i.e. the military bureaucracy.

Led by serving generals, the Army provided the transitional government with political support, and promoted reforms to weaken the trade unions and strengthen the military political intelligence structure. In alliance with national oligarchies and the US, the Army coordinated the succession procedure in 2018, on which it imposed a condition, i.e. that former president Lula (also of the Workers’ Party), who at that time was leading the polls for the office of president, should be excluded from the election and be arrested.

Despite the resistance to this, the former president was in fact arrested and excluded from the election. This cleared the way for the rise to power of the civil group defeated in 2014, via an atypical election marked by a massive disinformation campaign, which resulted in the surprising election of a captain and general to the presidency and vice-presidency of the republic.

From then on, the country watched amazed as members of the armed forces moved increasingly into positions of political power and controlling positions in nationalized companies, amidst a constant destabilization of the institutions of liberal pluralist democracy. This process was combined with an aggressive policy to arm the public that supported the government, based in the “defence of liberty” in the event of “civil war”.

A coup d’état, led by members of the armed forces, i.e. the current president and vice-president of the republic, and supported by parliamentary rightists, is now the preferred topic of conversation among the Brazilian elites.

Since 2019, generals, lieutenant-colonels, and colonels who occupy high executive positions have been using the civil and military bureaucracy to discredit the electoral process, primarily electronic voting, as a way to forestall a probable electoral defeat. This has not only resulted in unseemly individual financial enrichment but has also promoted the politicization of the armed forces via increased bureaucratic privileges and organizational powers, and a return to military involvement in the dispute for political power. This has reintroduced a historic constant of military exercise of political power, i.e. coercion as political currency, and the Left as the common enemy.

As far as politics is concerned, the judiciary clearly opposes a coup d’état supported and promoted by the current government. The conflict between the executive and the judiciary, which has been fabricated by the generals in the presidency and fuelled by the tactical errors made by leading judges, has been a keynote of recent years.

Once again, it is the legislature that tends to be the decisive factor in this dispute, as it was in 2016. The House of Deputies, which is dominated by the traditional right and includes the forces that support the government, has conducted itself questionably, but nevertheless opposes a coup. The major issue in this regard is whether the legislature will capitulate when the election results are challenged, in order to create a situation of institutional deadlock. The “semi-presidential” option is already being conceived of as a solution similar to the 1961 parliamentary coup, when significant resistance by civilians and sectors of the army (known as the “legality campaign”) to the public opposition of the ministers of the Army, Navy and Air Force to the inauguration of the constitutional president João Goulart led to a power vacuum that resulted in an agreement between the political elites, ensuring that the president took office — albeit with his powers drastically reduced by the artificial introduction of a parliamentary system.

It should be noted that there is a high level of ideological cohesion between the military leadership in government, and the political culture of the armed forces. Moreover, there is an ongoing transfer of power, along with an attribution of individual financial advantages and “opportunities” to the military, above all to officers, despite the reputational damage that this involves.

However, this will not suffice to ensure the support of the military for a classic coup d’état, which is improbable. Furthermore, a significant contingent of officers in the three Armed Forces believes that the role of the military should be “professional” and “apolitical” and is therefore dissatisfied with the current government. Yet, the state-level military (i.e. the military police), which is part of the Army, could play a role as inciters and instigators in the provinces if it receives the approval of its superiors.

The armed forces therefore tend towards continued recourse to coercion in order to retain the power they have amassed, but this will be limited to threats, if they are politically isolated. This will be determinant, if the political isolation of the military is supported by popular mobilization in the streets, which has yet to appear.

Brazil’s economic elites seem not to welcome the movement that casts doubt on the electoral process. For, despite the existing links between some members of the business community and the government and its neoliberal economic policy, the financial and industrial elites are increasingly convinced that the military is incapable of providing the political leadership required for an economic recovery, given the explosion of poverty and the highest inflation rate this century.

Finally, it will be in the scientific, technological, and cultural aspects of the power relations in which a veritable “information war” will unfold, i.e. espionage, sabotage, delegitimization of electoral institutions, demoralization of leaders and groups, and recourse to (albeit psychological) violent conflict that the military will tend to find the weapons to be used in its efforts to alter the unfavourable internal and external conjuncture. Accordingly, and having considered the other aspects, we can now identify the primary “theatre of war” in the 2022 elections.

The only certainty in this scenario is that the future is uncertain. In addition to the new challenges that confront the preservation of the honesty and reliability of the current electoral procedure, which is already threatened by destabilizing attacks by the military, democratic civil society and its mobilized organizations will have to ensure both that the ticket elected is able to take office and that the political conditions that enable it to govern exist. Only then will it be possible to reverse the deep-rooted mechanisms of politicization of the armed forces, which nourishes the growing militarization of politics. Without organization, education, and popular mobilization, this possibility will merely be a desirable — but unattainable — goal. 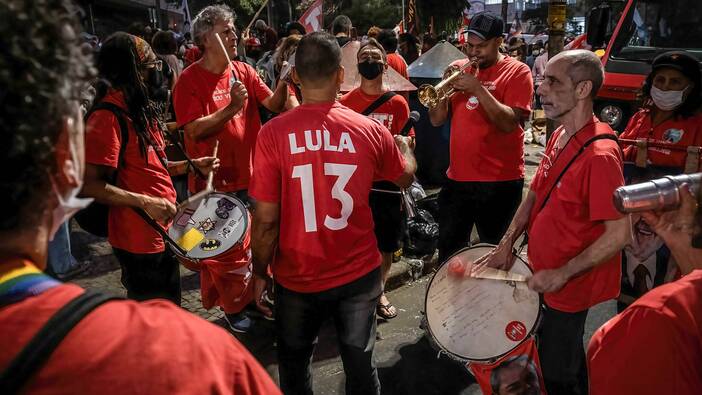 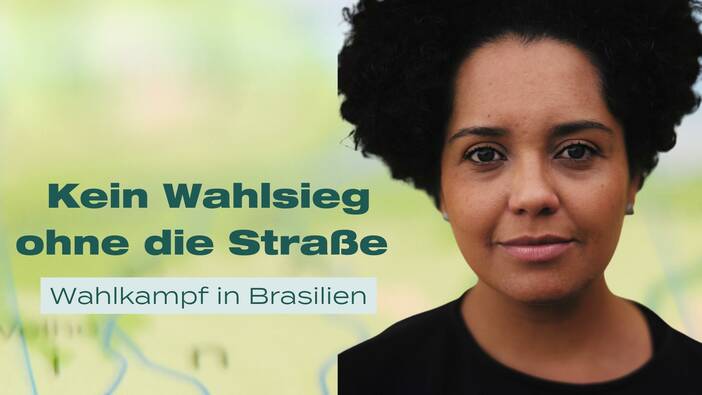 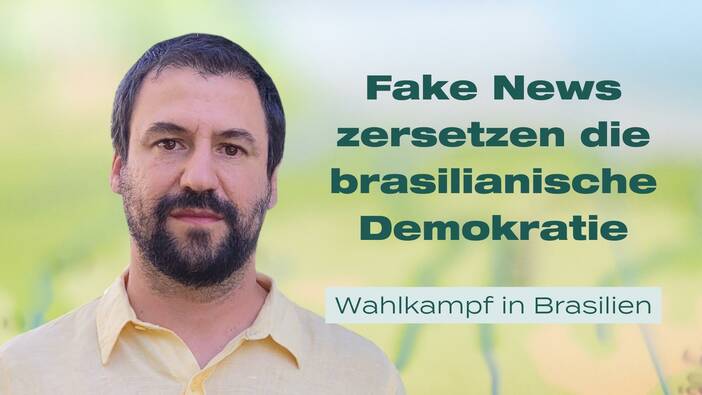 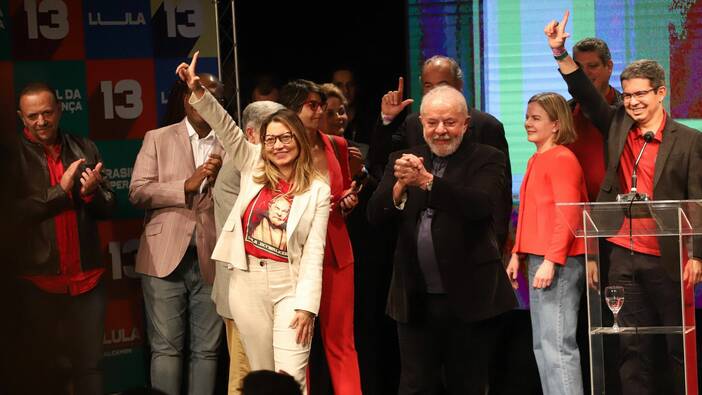 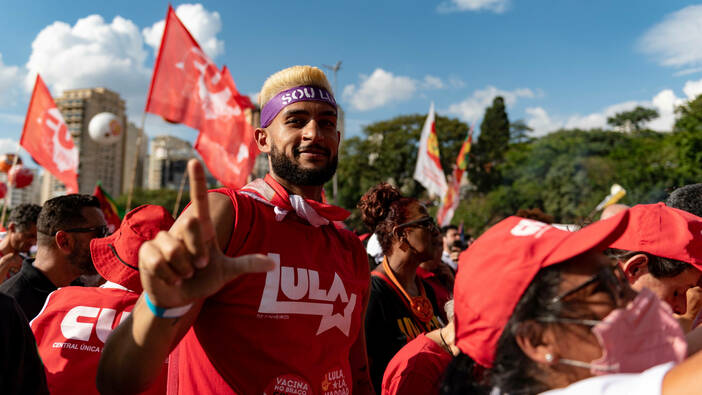