When Germany’s Minister of Economic Affairs Robert Habeck tried to explain the country’s new energy partnership with the autocratic monarchy of Qatar to the German public, his discomfort was plain to see.

He had travelled to the emirate in March 2022 to conduct in-person negotiations with the Qatari Emir Tamim bin Hamad Al Thani concerning the possibility of securing Qatari gas for Germany. At the time, he said that Germany found itself in a position where it needed to negotiate with partners who had, as he phrased it, their own idiosyncrasies, but he distinguished the situation from cooperating with Russia: “There is a big difference between a non-democratic state with a problematic human rights record and an authoritarian state that is waging an aggressive war on our doorstep in violation of international law.”

Nevertheless, Qatar has come under international criticism ever since it won the bid to host the World Cup, primarily because of the country’s structural exploitation of migrant workers. Due to the Russian war of aggression against Ukraine, however, the German government has decided to decrease its dependence on Russian gas supplies and to establish other partnerships. Qatar, Saudi Arabia, and the United Arab Emirates (UAE) have thus been pushed into the spotlight of German politics and public opinion more than ever before.

In May, the Qatari Emir visited Chancellor Olaf Scholz in Berlin, and in September, the Chancellor paid his first visit to the problematic partners in the Gulf, with Scholz not only visiting Qatar, but also the UAE and Saudi Arabia. In particular, his handshake with the controversial Saudi Crown Prince Mohammed bin Salman (MBS) signalled a paradigm shift in German policy towards the Gulf monarchies. This is because ever since the murder of Saudi journalist Jamal Khashoggi, MBS has been considered persona non grata not only in Germany, but also in other European countries and in the US.

The energy crisis seems to have caused the German government to opt for a pragmatic course of action, with debates about human rights violations taking a back seat. The difficulties associated with Germany’s current energy policies have made it necessary for the country to cooperate with these problematic partners in the Gulf.

In recent years, the discourse surrounding the Gulf states has by and large been dominated by two different camps: on one side, there are harsh criticisms about the human rights violations and interventionist regional policies of Saudi Arabia and the UAE, while on the other side, political actors are beginning to realize that the Gulf monarchies have become too important to be ignored — whether one likes it or not. As a result, there is a lack of a coherent strategy for dealing with autocratic rulers in the Gulf.

This lack of clear direction in dealing with the Gulf states needs to change, especially in light of the war in Ukraine and the World Cup in Qatar. But such a change would require a more nuanced and honest debate within Germany about which issues to cooperate with the Gulf states on, and how. Until now, German policy towards the Gulf monarchies has largely been based on economic considerations or on arms deliveries — there has yet to be an overarching strategy.

The first thing that politicians need to decide on is in which areas Germany should rule out or strictly limit cooperation with the Gulf monarchies. Arms sales is one such area. Since 2018, there has been an agreement that no more arms should be exported directly to parties involved in the military conflict in Yemen — which includes Saudi Arabia and other Gulf states. Despite this, a number of arms export licences have still been issued in recent years.

Germany’s new coalition government had originally included the ban on such weapons exports in its coalition agreement, but immediately after Scholz’s trip to Saudi Arabia, it approved exports worth 36 million euros to the Saudi kingdom as part of the European “Tornado” and “Eurofighter” projects. The official announcement described the move to approve the exports as a “difficult decision”. Behind closed doors, however, the deal has met with resistance, since it flies in the face of Germany’s values-based approach to foreign policy.

Moreover, these exports lend weight to the rhetoric peddled by Gulf states, which increasingly portray the West — and thus also Germany — as fickle, lacking direction, and having double standards. A clear and unambiguous position should be taken to counter this impression, one which reconciles realpolitik and core values. However, when it comes to credibly maintaining such as position, these kinds of arms exports seem counterproductive.

An alternative strategy for dealing with the Gulf monarchies would be based on realistic goals, common interests, and the appropriate strategic tools: the first thing to be considered is the fact that Germany is an important, but not an irreplaceable partner for the Gulf monarchies. The difficult negotiations with Qatar around gas supplies make this clear. It is also unlikely that Germany can use arms exports to influence political decisions in the Gulf states.

Secondly, it is crucial to identify common interests with the Gulf states that do not contradict Germany’s fundamental values. Arab Gulf societies are currently undergoing a social and socio-economic transformation: women and young people are increasingly being given opportunities to advance and develop professionally and socially. As such, in popular sports, in art and culture, or in education, there are new spheres in which Germany could intensify its dialogue with the Gulf states and their populations. Germany could do more to promote cultural and academic exchange programmes, to address the fact that large parts of the German public often lack any knowledge or understanding of Arab Gulf societies whatsoever.

Thirdly, Germany should rely on tactics that it knows bring results. German development policy is one example of this. The Gulf states have made important contributions to development aid for decades, but in recent years, they have made an interesting shift, focusing more on education and training programmes in Africa and Asia. The same applies to joint measures in climate protection and the expansion of renewable energies, which are becoming increasingly important for Gulf rulers due to political and economic reasons. These areas could offer an opportunity for increased cooperation with Germany. In other words, they could serve as a way to reconcile a values-based approach with the demands of realpolitik.

However, in order to avoid both compromising Germany’s core values and being used by the autocratic rulers in the Gulf for their own purposes, any cooperation with the Gulf states must be entered into carefully. Doing so requires detailed knowledge, the courage to engage in open and honest discussions, patience, and above all the, a willingness to set clear and unwavering boundaries. 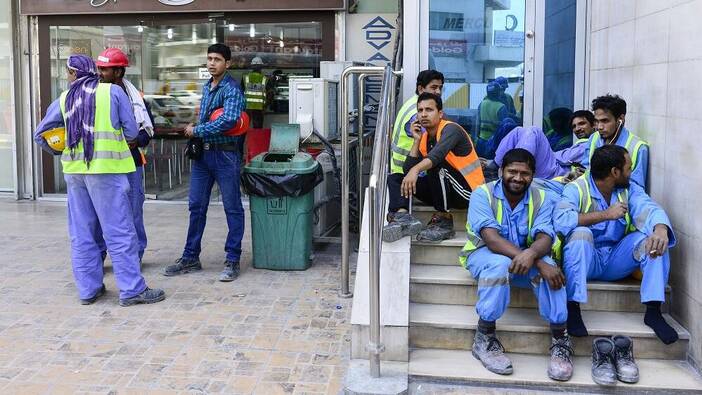 As the World Cup ends, many Indian migrants in Qatar are losing hope of ever getting paid 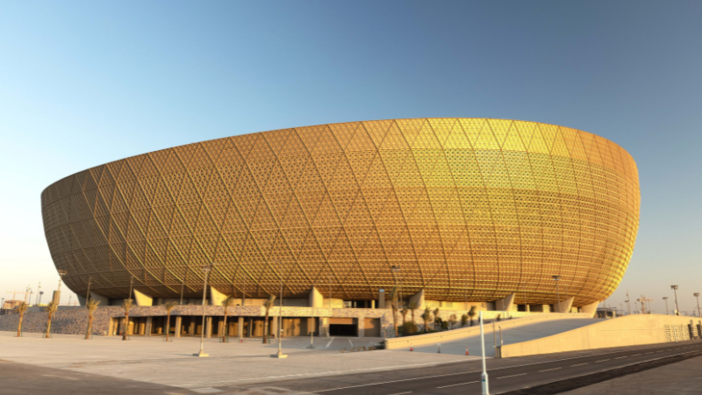 The politics of sport in Arab Gulf monarchies 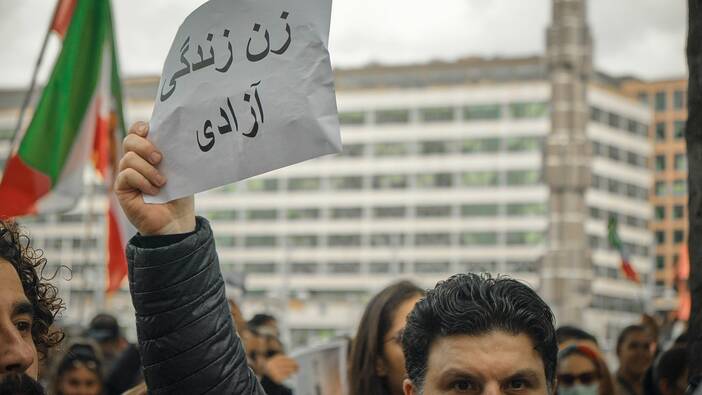