In a world where the climate crisis increasingly becoming a planetary crisis, the development of a sustainable and clean “hydrogen economy” is considered essential if the world wants to keep hope of limiting global warming to 1.5°C above pre-industrial levels alive.

Many countries are now striving for “carbon-neutral” societies and economies. Germany, for example, has set this aim for 2045. Alongside the phase-out of fossil fuels, the development of renewable energy generation, and increased energy efficiency, the establishment of hydrogen infrastructure as an avenue to utilize green electricity in sectors and industries where fossil fuels have been used in material processes up to now (e.g. reduction in steel production), where direct electrification is hardly possible (e.g. air and sea transport), and as a carbon-free energy source in high-temperature processes and for future reconversion to electricity during dark doldrums and as a storage medium is planned.

As of now, discussions surrounding hydrogen are mostly concerned with the technical aspects of scaling up global green hydrogen production quickly, vastly ignoring the potential social and ecological challenges linked to this (not so) new energy carrier. Yet the establishment of a new global infrastructure and a completely new branch of the global energy sector in the form of a hydrogen rush provides not only a global economic opportunity, but a significant risk of either side-lining developing countries, or repeating the negative economic, social, and environmental experiences that were linked to extractive industries and the exploitation of fossil energy resources in the past. The risk of “green colonialism” must be reflected and taken into account.

Green hydrogen can in principle be produced in many countries and regions of the world. Decision makers see an opportunity to include the sun- and wind-rich regions and countries in the Global South in producing hydrogen to meet the enormous global demand that is starting to develop. Specifically, Germany’s former Minister of Research and Education, Anja Karliczek, emphasized that West Africa alone has the potential to produce green hydrogen equivalent to 1,500 times Germany’s demand in 2030.

Against this backdrop, the new study Fair Green Hydrogen, co-published by the Rosa Luxemburg Foundation and Arepo, looks specifically at the German demand for green hydrogen and asks whether it can be met by imports, especially from the Global South, and under which conditions this could be done in a both socially and ecologically acceptable way for the countries exporting hydrogen. 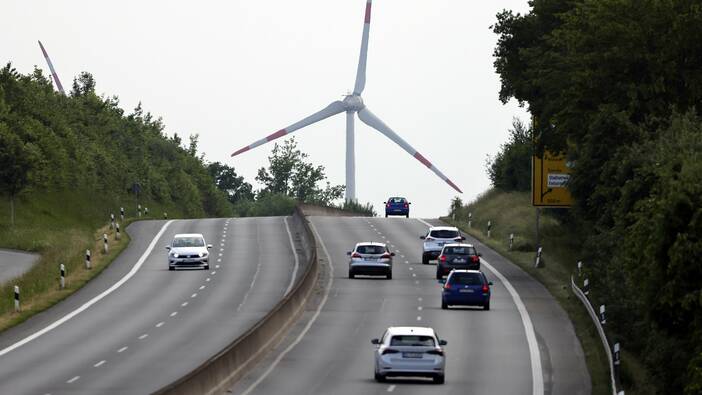