Since 2017, when we in the NiUnaMenos collective launched the slogan “We want to be alive, free, and out of debt!” a few months after the first International Feminist Strike, an intersectional way of thinking has opened up with respect to the issues of male violence and economic violence. Since then, it has become a powerful tool in the movement.

Verónica Gago and Lucia Cavallero are among the most important representatives of the women’s movement in Latin America, whose work focuses on gender violence and the financialization of social reproduction.

What does debt at the macro and micro levels have to do with the increase in misogynist violence? Why does a feminist reading of finance allow for a better diagnosis of the daily violence committed against women, lesbians, and cross-dressing, trans and non-binary people? To what extent is the combination of our demand for life and freedom with our demand for debt relief a political innovation in the feminist movement?

In Argentina, the slogan has been progressively appropriated by trade unions, but also by female students and workers who have been laid off, migrant women’s collectives, female workers in the informal economy, retired women, and sexual dissident collectives. This has led each of these struggles, in the heat of feminist strikes, to diagnose what we call “financial violence”: that is, the way in which the financial system, through indebtedness, provokes and intensifies specific forms of violence.

This is a way of making finance less abstract and exposing its violent effects at the level of everyday life, its capacity to exploit certain bodies and dispossess collective resources. It is also a way of appropriating the language of financial flows — a language that seems exotic and restricted to experts — in order to link them to tangible bodies and places, to “ground” them.

Furthermore, this feminist reading of debt has opened a new horizon for research on what it means to resist the invasion of finance into our bodies and territories. What does it mean to get out of debt? What tools can we use to confront the growth of debt, which is presented as a “solution” to poverty? How can we condemn debt’s plunder by conceptualizing it as a true form of governance?

This approach to street-level activism and the politicization of debt has radically changed the way people interpret and confront the austerity plans that, once again, the International Monetary Fund has imposed in Argentina in the form of foreign debt. Our continent’s anti-colonial tradition is being reinvented in the furnace of feminist debates and mobilizations. From the classic slogan “IMF Out” — one that has existed since the military dictatorship (1976–1983) introduced indebtedness and state terrorism, and continued as the transition to democracy was made on condition that the foreign debt remain in place, and later through the neoliberal policies under the so-called “Washington Consensus” — to today’s “alive, free, and out of debt”, we have managed to reinvent this rejection and make it heard and understood by broader sectors.

In this sense, the feminist perspective has contributed to a pedagogy against foreign debt, which has generally been based on teaching about the macroeconomic impact of debt without any attention to gender or race, and without concrete references to everyday life. This pedagogy also traced the links between foreign debt and the debt of impoverished households.

It is no coincidence that the 2020 International Feminist Strike in Argentina had a common slogan that synthesizes this trajectory of the feminist movement’s confrontation with the rule of finance: “the debt is owed to us”, inverting the terms of who the creditors are and opening a new horizon of insubordination and antagonism between the strike and finance. In 2022, the 8M slogan was “The debt is owed to us. Let those responsible for capital flight pay it.”

In their daily revolution, feminisms everywhere have updated and highlighted the ways in which capital today needs to exert a particular kind of violence against the land and the labour force in the interest of its own valorization. Those of us in the feminist movement did it from the streets, homes, and public squares, reinventing collective spatiality along the way.

All of this feeds into other issues that we have been analyzing and connecting: debt and care, debt and food, and debt and abortion. This way of linking how debt operates in the space of social reproduction is related to what feminist historian and philosopher Silvia Federici has conceptualized as the historical exploitation and devaluation of the domestic space as a place where women’s labour and feminized bodies are deployed, while at the same time it is confined and looked down on as private space. This is what we, along with Federici, have called the “financial colonization of social reproduction”.

This situation worsened during the COVID-19 pandemic: there has been a diversification and increase in indebtedness, where “non-bank” debt for back payment of taxes and electricity, water, and gas bills grew at an accelerated pace. Our research during this period has detected an increase in debt for informal rentals that has accelerated evictions. That debt coexists with other sources of indebtedness, such as family loans and loans from neighbourhood lenders.

We have also noted and investigated the emergence of indebtedness through “fintech” companies. This is a novel technology that is expanding rapidly through Argentina, particularly in the face of the crisis unleashed by the global pandemic, which is driving the process of monetary digitalization and bank-ization to much higher levels.

Another key dimension in the study of domestic indebtedness is rethinking, at the present time, its relationship with unpaid work, which is mostly feminized. This proposal is another methodological key that adds to our feminist perspective on debt and which was fundamental to understanding the impact of the pandemic on the domestic space.

In this sense, the heightened difficulty of participating in the labour market, together with the increase in care tasks, has led to the emergence of new debts associated with managing daily life. The domestic space, which the massive feminist mobilizations identified as a space where forms of exploitation and oppression are combined, was designated during the pandemic as a place of refuge from the possibility of contagion. The paradox lies in the fact that this “safe” space became, at the same time, a territory of conquest for financial capital (the increase in debt for back rent speaks for itself).

Over-indebtedness serves a notoriously political function: it operates by producing a kind of domesticity that is chained to debt repayment. This is because women take on more and more jobs to ensure the fulfilment of financial obligations, which translates into the overexploitation of historically undervalued jobs and the impoverishment of even those who have waged jobs. Debt has become the predominant element of the current political juncture, doubling the challenge for popular and feminist organizations to turn it into an axis of intersectional articulation. 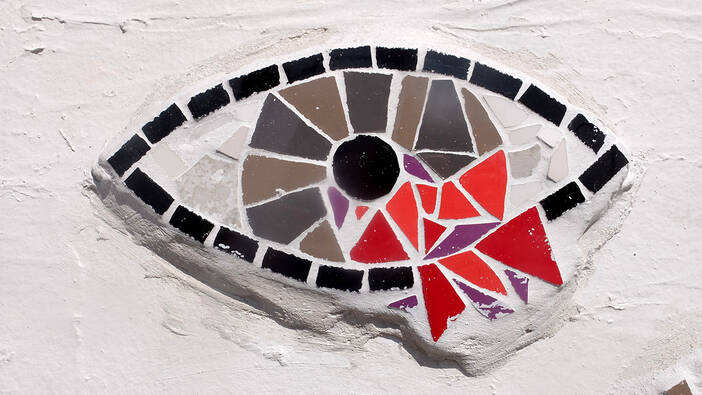